Trump became one of several world leaders to recognize Venezuelan National Assembly President Juan Guaidó as the country’s president instead of Maduro with a statement Wednesday morning. Maduro, 56, countered by saying he would cut diplomatic ties with the U.S. during a speech outside his presidential palace in Caracas Wednesday, reported Reuters.

Trump also seemed to indicate his administration would ratchet up oil sanctions against Venezuela in his announcement Wednesday, reported CNBC.

“I will continue to use the full weight of United States economic and diplomatic power to press for the restoration of Venezuelan democracy,” he wrote. 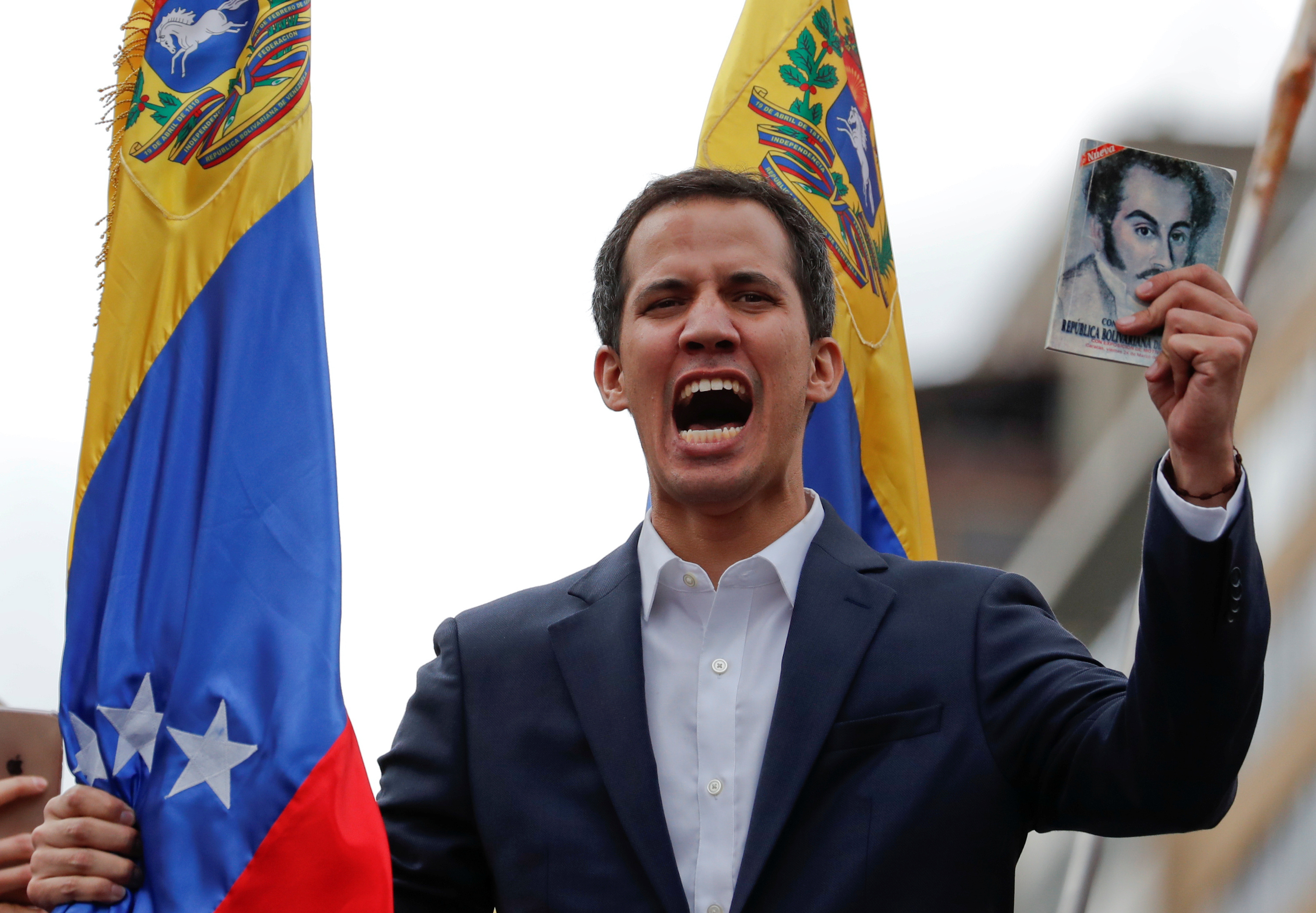 Juan Guaido, President of Venezuela’s National Assembly, holds a copy of Venezuelan constitution during a rally against Venezuelan President Nicolas Maduro’s government and to commemorate the 61st anniversary of the end of the dictatorship of Marcos Perez Jimenez in Caracas, Venezuela January 23, 2019. REUTERS/Carlos Garcia Rawlins

Gauidó is the head of Venezuela’s Congress, according to CNBC, which also reported:

Venezuelan opposition sympathizers had been urging Guaido to assume the presidency since Maduro was inaugurated to a second term on Jan. 10 following a widely boycotted election last year that the United States and many other foreign governments described as a fraudulent.