Baseball great Mariano Rivera said he has “so much respect” for the rock group Metallica after they congratulated him on his Hall of Fame honor, but admits he doesn’t listen to “that kind of music.”

“That’s a great question. With all due respect to the guys [Metallica]…I’ve never been to one of them [concerts],” the 49-year-old former New York Yankees pitcher shared, per Fox News on Thursday. (RELATED: Trump Tweets Support For Curt Schilling’s Hall Of Fame Candidacy) 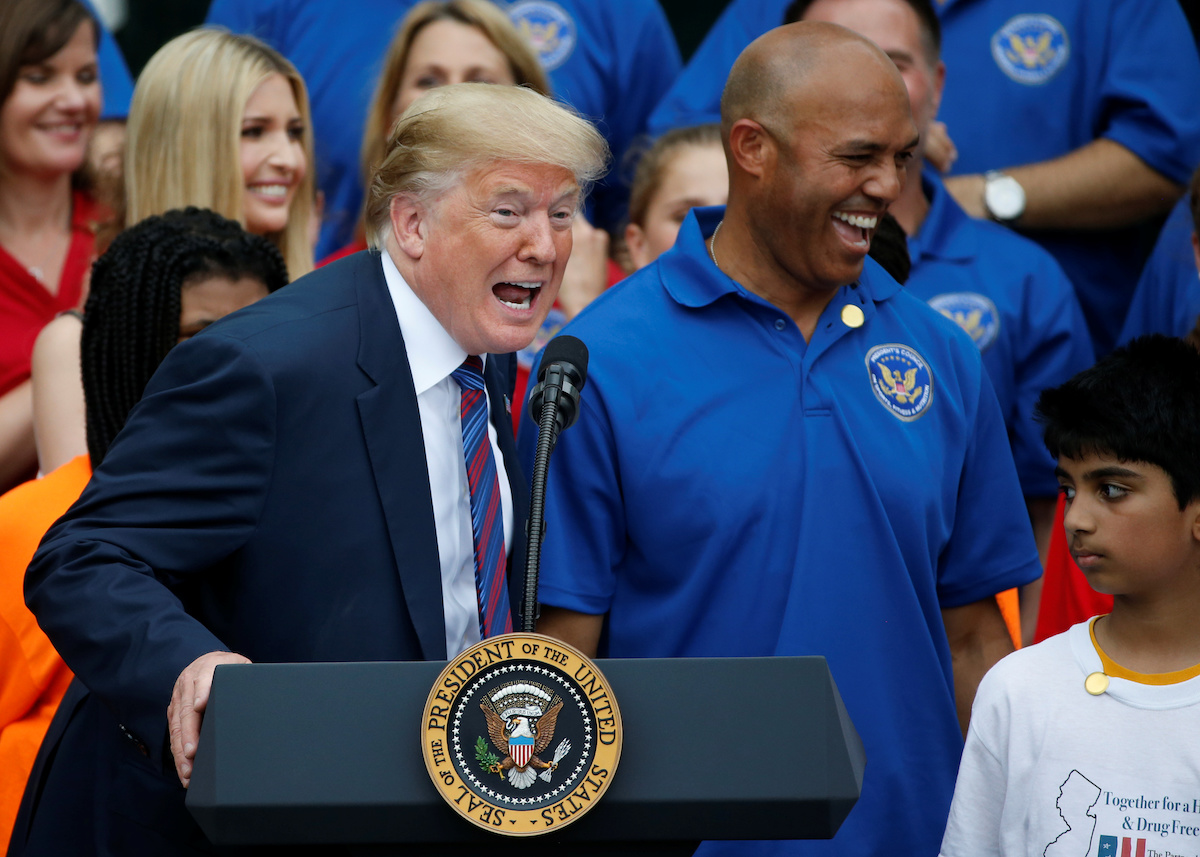 U.S. President Donald Trump laughs with former New York Yankees pitcher Mariano Rivera as he delivers remarks at the White House Sports and Fitness Day event on the South Lawn of the White House in Washington, U.S., May 30, 2018. REUTERS/Leah Millis

“As a Christian…I don’t listen to that kind of music, I listen to Christian music, and therefore, I won’t be able to pick that kind of song,” he added.  (RELATED: Curt Schilling Rips Into Alexandria Ocasio-Cortez. Here’s What He Said)

The comments came in light of the nickname Rivera was given “The Sandman” after he walked to the mound hundreds of times as the hit 1990 song from the heavy metal group “Enter Sandman” played in the background.

When news broke Tuesday that the five-time World Series champion had been unanimously named to the Baseball Hall of Fame, a first ever, members of the band sent well wishes.

Hey Mo, we’ve got some old friends that wanted to say congrats. pic.twitter.com/enlwrVpaCc

“That is amazing! It’s a blessing on top of blessings,” Rivera explained about the congratulatory message. “I have so much respect for those guys. I met them and they are great, great people.”

“Being there for me at the moment I retired, that’s amazing,” he added.

And they weren’t the only ones. President Donald Trump reached out to his pal and congratulated him on the huge and well-deserved honor.

“Congratulations to Mariano Rivera on unanimously being elected to the National Baseball Hall of Fame! Not only a great player but a great person. I am thankful for Mariano’s support of the Opioid Drug Abuse Commission and FitnessGov. #EnterSandman #HOF2019,” Trump captioned his post on Instagram.

The 2019 class will be enshrined July 21 in Cooperstown, New York.