As the 35-day government shutdown came to a close last weekend, the full cost to the U.S. economy was estimated to be $11 billion, according to a report released by the Congressional Budget Office on Monday.

The CBO estimates that the five-week shutdown resulted in the real gross domestic product (GDP) for the fourth quarter of 2018 to be $3 billion less than what it was supposed to be. The report also notes that the GDP for the first quarter of 2019 is estimated to be $8 billion short, making the total hit to the U.S. economy an estimated $11 billion. (RELATED: US Economy Lost More Than Trump’s Border Wall Demand During Shutdown)

Even though the majority of the lost GDP will be recovered, $3 billion — roughly about 0.02 percent of the estimated annual GDP for 2019 — lost in the last quarter will never be recovered.

“Although most of the real GDP lost during the fourth quarter of 2018 and the first quarter of 2019 will be recovered, CBO estimates that about $3 billion will not be,” CBO said. 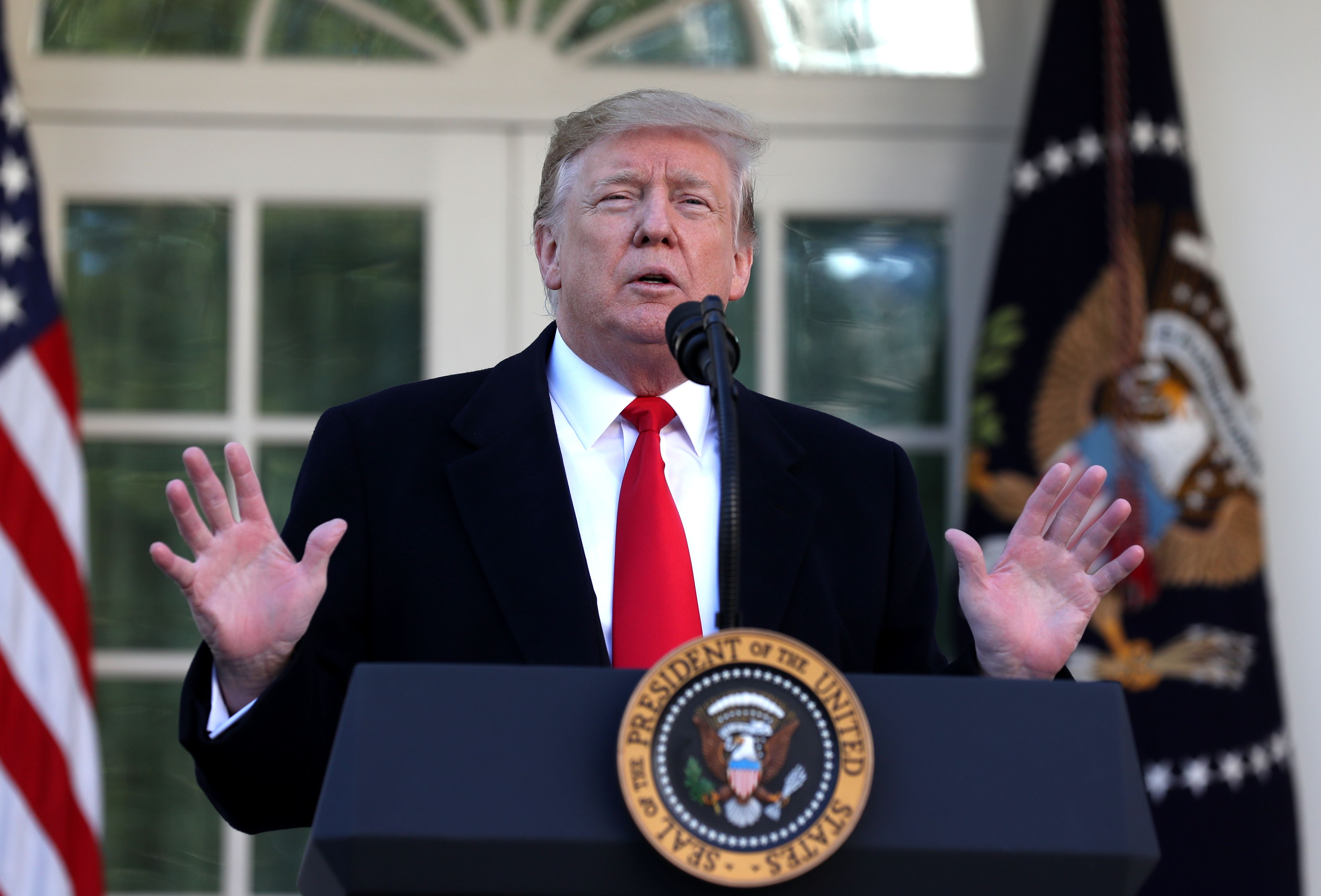 US President Donald Trump speaks about the government shutdown on January 25, 2019, from the Rose Garden of the White House in Washington, DC. – Trump says will sign bill to reopen the government until February 15. (Alex Edelman/AFP/Getty Images)

The report also estimates that there was $18 billion in delayed federal spending for compensation and purchases of goods and services and also in suspending federal services throughout the shutdown.

As government workers returned to work on Monday, the government shutdown will have a lasting effect on nearly 800,000 people — 380,000 of whom were furloughed and 420,000 who were working without pay. It was further reported on Monday that potentially millions of federal contractors may not receive any payback for the time they did not work during the shutdown because they do not have any legal claim to compensation for federal workers. (RELATED: Congress Approves Back Pay For Workers Affected By Shutdown, But There’s A Catch)

“Underlying those effects on the overall economy are much more significant effects on individual businesses and workers,” read the report. “Some of those private-sector entities will never recoup that lost income.”