A 31-year-old man was publicly hanged in Kazeroon, Iran, on January 10. The charges against him included the kidnapping of two 15-year-old boys and violations of Iran’s strict Sharia-based anti-gay laws.

The identity of the man was not revealed, and according to a report from the Jerusalem Post, the city’s residents “thanked the judiciary” for carrying out the sentence.

The Post also noted Iran’s history with regard to the treatment of homosexuals, citing a WikiLeaks dump revealing that some 4,000–6,000 Iranians convicted of homosexual infractions had been executed between 1979–2008 alone. (RELATED: Egyptian Journalist Get Prison Sentence For Interviewing Gay Man) 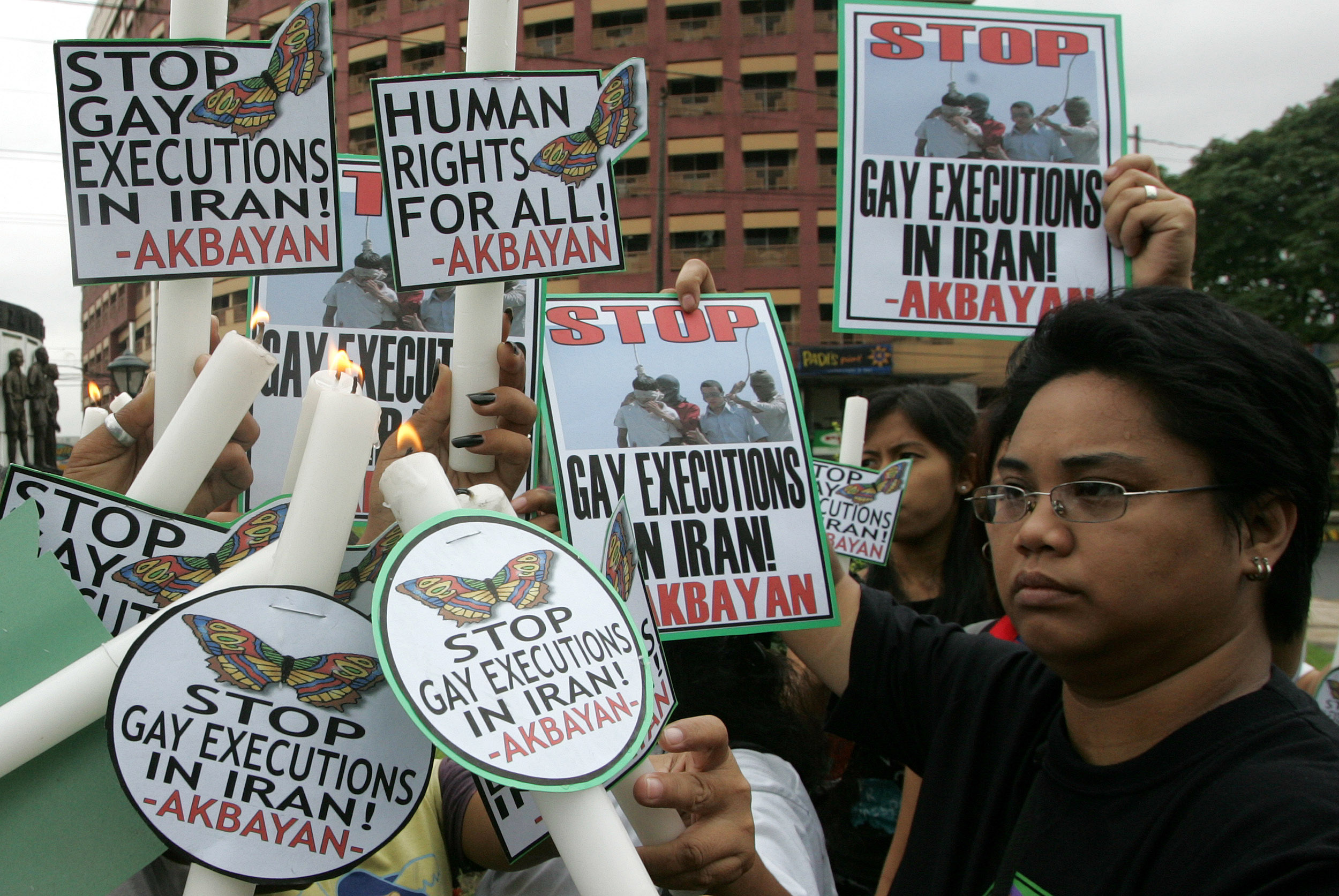 Philippine protesters denounce the reported hanging of two homosexual teenagers in Iran during a protest in Quezon city. REUTERS/Romeo Ranoco

Alireza Nader, CEO of Washington, D.C.-based advocacy organization New Iran, added, “The LGBT community in Iran has lived in terror for the last 40 years. Next time Foreign Minister Zarif speaks in Washington, the host and audience should ask him why his regime is one of the top executioners of gays in the world.”

As recently as 2014, Iran reported the execution of Hassan Afshar — who was just 17 years old and still a high school student at the time of his arrest. He was charged, along with two others, of forcing another teenage boy to have sex. He claimed that the acts were consensual.

Iran has proved that its sickening enthusiasm for putting juveniles to death, in contravention of international law, knows no bound. [Afshar] had no access to a lawyer and the judiciary rushed through the investigation and prosecution, convicting and sentencing him to death within two months of his arrest as though they could not execute him quickly enough.