Tucker Carlson got into a heated debate with a pro-choice woman on his show Wednesday night while discussing Virginia Gov. Ralph Northam’s comments about abortion from earlier in the day.

In an interview Wednesday morning, the governor was asked about whether he supports abortion being legal until the moment before birth. In his response, Northam suggested that he’d be okay with a mother deciding to abort a baby after it’s born.

Carlson had Monica Klein, a founding parter at Seneca Strategies, a group dedicated to promoting progressive female “candidates, non-profits and issue campaigns,” on his show to talk about the governor’s comments.

“I’m sure you describe yourself as pro-choice. I bet a lot of people watching think of themselves as pro-choice. So, I’m not attacking you for that. But I wonder what you think of what Dr. Northam, the governor of Virginia just said,” Carlson began. “That when a child, he described is an infant is born, there’s a point where the mother and the physician can decide whether to kill the infant or not. What do you think of that?”

“Look, Tucker, I understand you want to go back to a time where Roe v. Wade was illegal, where women were having back alley abortions and they were using coat hangers to have abortions, which is actually what’s barbaric,” Klein answered.

“I’m giving you time to make a real argument. I’m not arguing for the repeal of Roe v. Wade. I’m a very straightforward person,” Carlson responded. “Please don’t be tiresome. The governor of Virginia who’s a rising star in the Democratic Party, just said this. There’s pending legislation that mirrors it and I’m asking what you think of it. I’m not here to debate Roe v. Wade.” (RELATED: New York Passes Bill On Roe V Wade Anniversary Casting Abortion As A Woman’s Right) 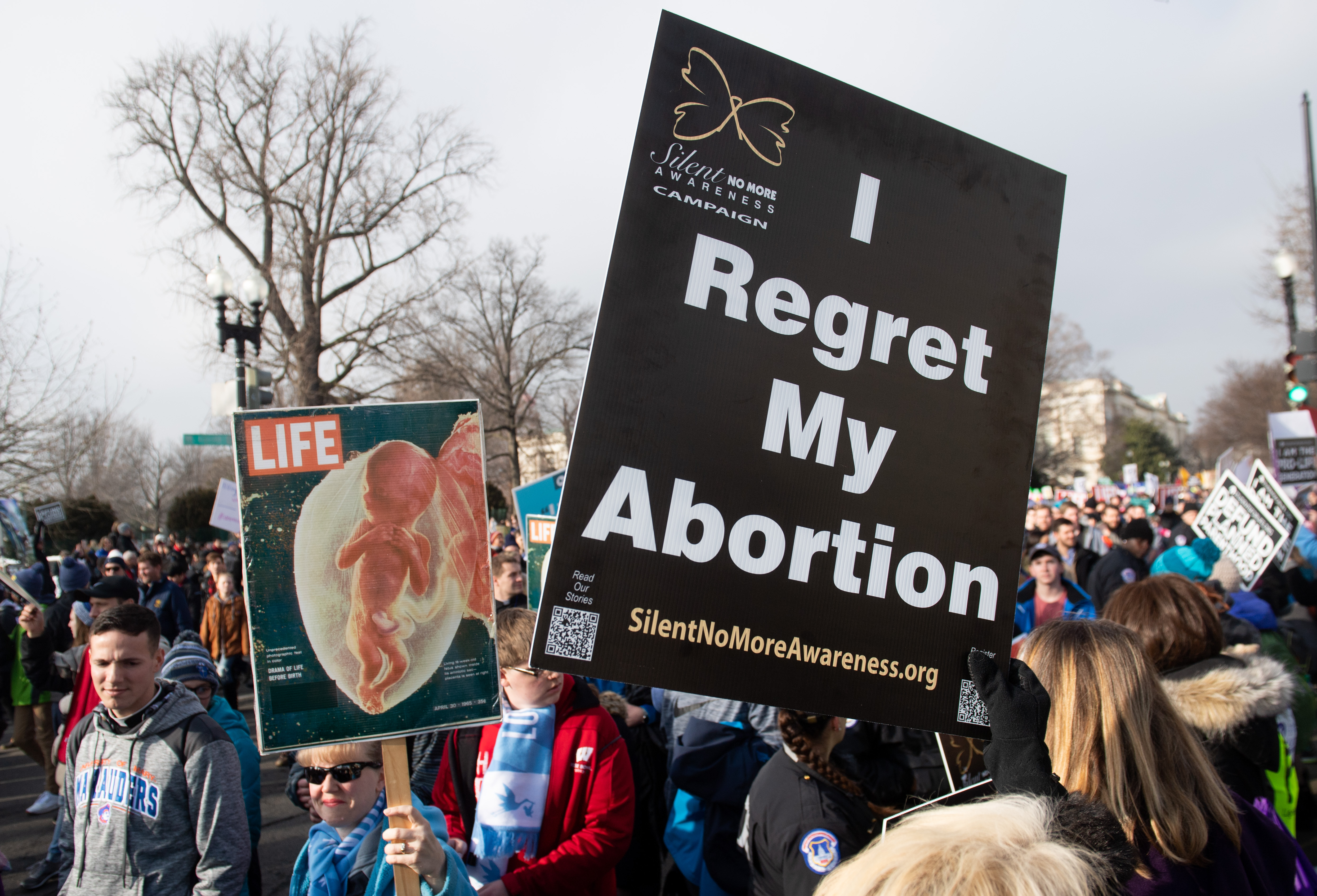 Anti-abortion activists participate in the “March for Life,” an annual event to mark the anniversary of the 1973 Supreme Court case Roe v. Wade, which legalized abortion in the US, outside the US Supreme Court in Washington, DC, January 18, 2019. (SAUL LOEB/AFP/Getty Images)

“I think that right now, reproductive healthcare is under attack by the Republican Party. Seventy-two percent of Americans support right to choose, and yet we have Trump and we have sexual predator Kavanaugh trying to repeal Roe v. Wade and trying to take away our control of our own bodies,” she added. “This isn’t about babies. This isn’t about about health care. This is about you attempting to control women’s bodies.”

Carlson fired back, “Okay, please don’t be a robot, Monica, you’re smarter than that. This is the governor of Virginia just saying this. I just want to know what you think of it. Is that okay? Does that bother you? It’s a sincere question.”

“It bothers me that you are attempting to control women’s bodies. That’s what you’re doing. You are. The Republican Party right now is working overtime to repeal Roe v. Wade and to take away choice in every single state,” Klein added.