A state that President Donald Trump won handily in 2016 may change its mind come 2020, according to a Salt Lake Tribune-Hinckley Institute of Politics poll.

Then-candidate Trump defeated former Secretary of State Hillary Clinton in Utah by close to 20 percentage points in 2016, which wasn’t necessarily a surprise for the safely-red state, but according to a Wednesday poll, 54 percent of Utah voters say they would probably or definitely not vote to re-elect Trump in 2020.

Notably, the poll was conducted Jan. 15-24 amidst the longest government shutdown in the country’s history, but the same percentage of Utah voters also said they approve of their new Republican Sen. Mitt Romney standing up to Trump.

“The timing is obviously very difficult for the president because he is suffering from increased scrutiny and condemnation for the shutdown and then for at least momentarily backing out of the shutdown,” Kirk Jowers, the former head of the Hinckley Institute at the University of Utah, told The Salt Lake Tribune.

“So I think those numbers could certainly improve over the next few months,” he added.

Another contributing factor to how Utahns will vote in 2020, Jowers said, is dependent on the Democrat running against the president. (RELATED: Trump Touts Progress Made On ISIS, North Korea Denuclearization)

“The main thing that Trump has in his favor with Utah is that in a vacuum we don’t like him a lot,” Jowers explained. “But against [Vermont Independent Sen.] Bernie Sanders his popularity skyrockets.”

Jowers further states that Utah Republicans have consistently been wary of Trump, which could contribute to Romney’s popularity in the state given his resistance and rebuttal of the president.

In a December poll from the Associated Press, Utahns made clear they didn’t want Romney to bow to Trump when he got to Washington; 64 percent of Utah voters felt this way. 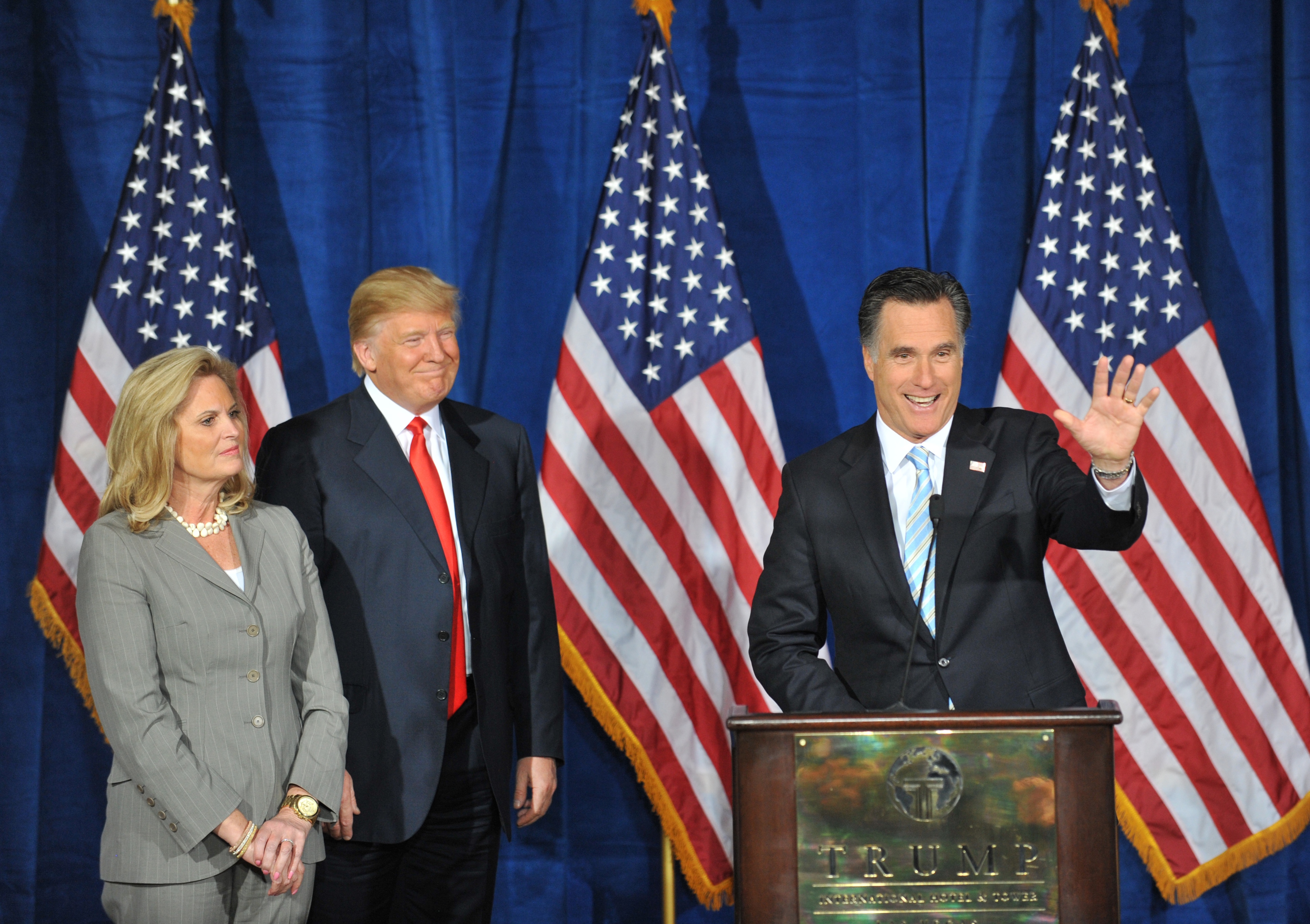 These poll numbers largely reflect the feelings of the country as a whole, according to a Tuesday Washington Post-ABC News poll, in which 56 percent of Americans responded that they’d “definitely not vote for [Trump].”

“You know that I think the majority of Utah is saying that the [GOP], at least here, is not listening to the citizens’ voices,” Daisy Thomas, the chairwoman of the Utah Democratic Party, told the Salt Lake Tribune.

“I think a lot of people maybe voted for him thinking it would be a change from being bad for American families,” Thomas continued. “But honestly we’re seeing it’s the same old same old without the veneer of politeness.”