The majority of Americans support congressional Democrats’ calls to investigate President Donald Trump’s past communication and financial ties with Russia, but half of them lack confidence that special counsel Robert Mueller’s report will be fair and even-handed.

A random sample of 1,001 U.S. adults were asked between Jan. 21-24 how much confidence they have that Mueller’s report will be even-handed, to which 28 percent responded “Just some” and another 22 percent responded “None at all.”

Just 24 percent said they have “A great deal” of confidence in the report, which stands in contrast to the large public support for such investigations.

At the same time, a plurality of respondents, 46 percent, also said they think Democrats will go “too far” in investigating Trump. (RELATED: Trump Launches First Twitter Troll On Howard Schultz) 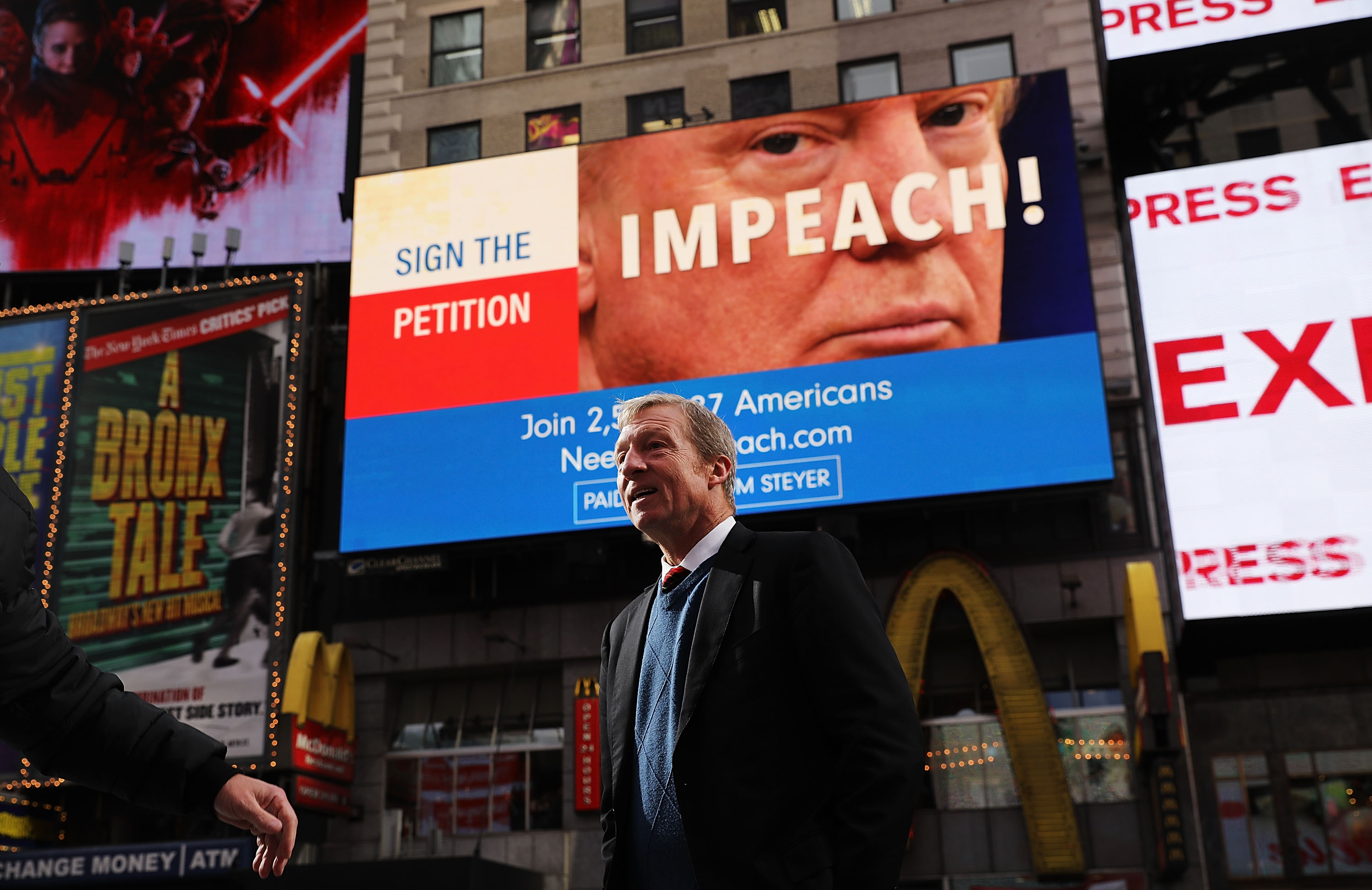 Philanthropist Tom Steyer stands in front of one of the billboards he has funded in Times Square calling for the impeachment of President Donald Trump on Nov. 20, 2017 in New York City. (Photo by Spencer Platt/Getty Images)

A majority of Americans, 55 percent, said they don’t think Congress should begin impeachment proceedings either, which could create a potential disconnect between elected officials and the country as a whole as lawmakers continue to call for impeachment.

Over the course of Trump’s presidency, several members of Congress have unveiled articles of impeachment and called to remove the president from office, including Democratic Reps. Maxine Waters and Brad Sherman of California, Marcia Fudge of Ohio and Al Green of Texas.

Democratic Michigan Rep. Rashida Tlaib made headlines hours after being sworn into Congress earlier in January when she told a group of left-wing supporters that she would help Democrats “impeach the motherf****r.”

Presidential hopefuls so far, including Democratic Sens. Elizabeth Warren of Massachusetts, Kamala Harris of California and Kirsten Gillibrand of New York, have stopped short of calling for the president’s impeachment, but progressive billionaire Tom Steyer told Politico Sunday that he plans to spend $40 million in 2019 on the impeachment cause. “Unless you support impeachment, we’re not supporting you,” he said.