In a 2010 video first posted on Twitter on Monday, Harris — who was California’s attorney general at the time — discusses her time as San Francisco’s DA and how she had a plan to deal with kids who missed school: charge the parents. 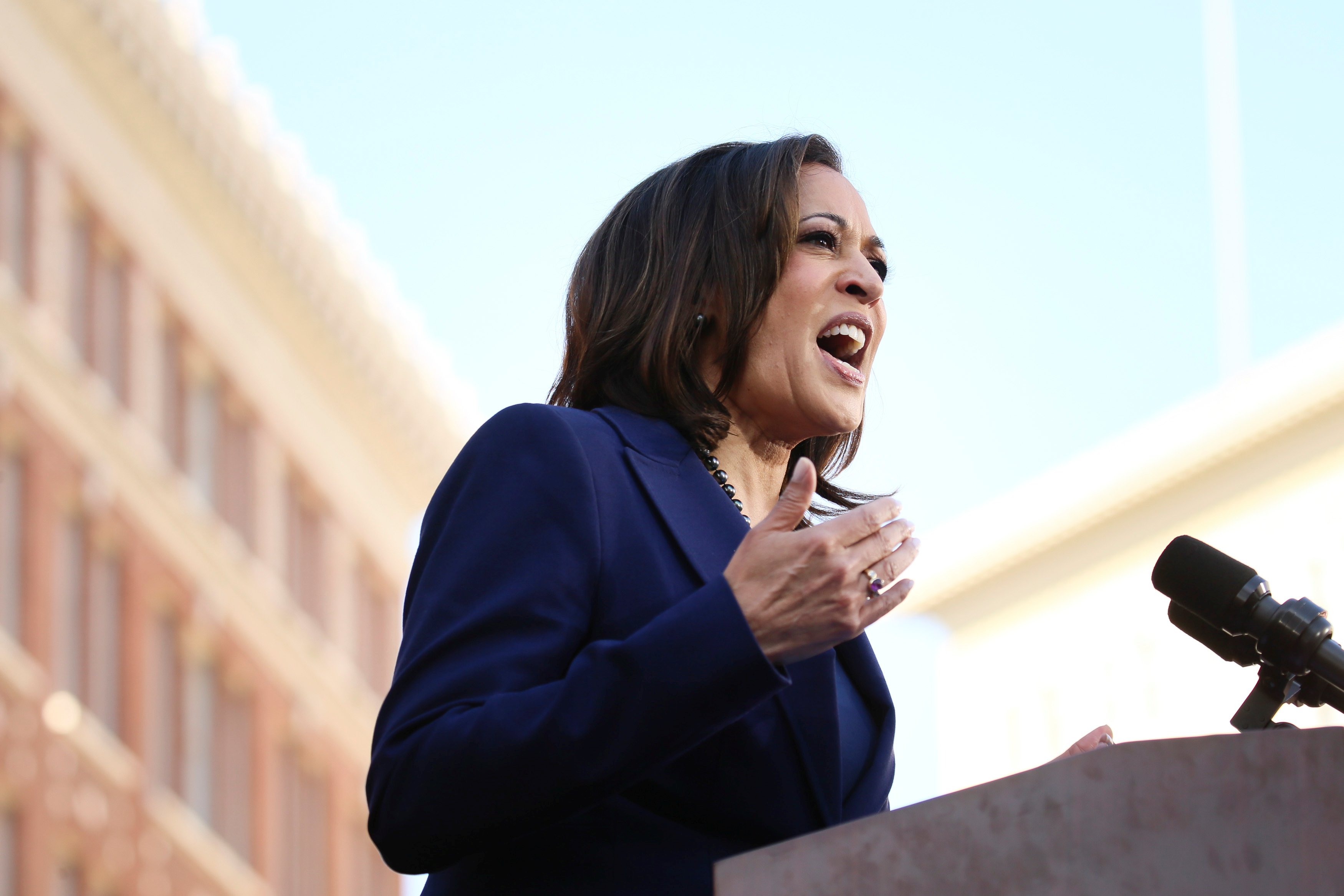 U.S. Senator Kamala Harris launches her campaign for President of the United States at a rally at Frank H. Ogawa Plaza in her hometown of Oakland, California, U.S., January 27, 2019. REUTERS/Elijah Nouvelage

Harris describes how she instructed her prosecutors to intimidate parents and “really look mean” when they dropped by their homes and threatened to lock them up if their children continued to play hooky. (RELATED: Poll: Democrats Want A Medicare For All Presidential Candidate Like Kamala Harris)

Independent researcher Walker Bragman, who has a Twitter page dedicated to Harris misstatements and controversies, put the video up:

Kamala Harris at an event hosted by the Commonwealth Club in 2010, explaining her decision as San Francisco DA to get tough on truancy.

To illustrate how effective it is to scare parents, she related how her people confronted a single mom with two jobs and three truant children. DA Harris insists nothing gets kids back in school faster than threatening to send their parents to jail.(RELATED: Kamala Harris Staffer Resigns Over Sexual Harassment Allegations)

“By shining this infrared spotlight of public safety on the fact that her children aren’t in school … the attendance of her children improved. We dismissed the charges against her, and overall, we’ve improved attendance for this population in San Francisco by 20 percent over the last two years.”

Since officially declaring herself a candidate for the Democratic presidential nomination, Harris has leaned further leftward in her policy positions. She has become an enthusiastic advocate of Medicare for All and is backing the “Green New Deal” that socialist and New York Democratic Rep. Alexandria Ocasio-Cortez has trumpeted.

The Daily Caller has reached out to Sen. Harris for comment on the video and is awaiting a response.