Cruz’s condemnation came after Booker, a Democratic contender for president in 2020, questioned Rao on her view of homosexuality and LGBTQ Americans. Booker asked Rao if she considers gay relationships to be “immoral.”

The New Jersey senator attempted to clarify his point after Rao questioned the relevance of Booker’s line of questioning. (RELATED: Democrats Press Judicial Nominee About Knights Of Columbus Membership)

Booker: “Do you believe they are a sin?”

Rao: “Senator, my personal views on any of these subjects are things I would put to one side, and I would faithfully follow the precedent of the Supreme Court.”

Booker ended his line of questioning by asking Rao if she had ever employed LGBTQ person on her staff, to which Rao revealed that she does not know. 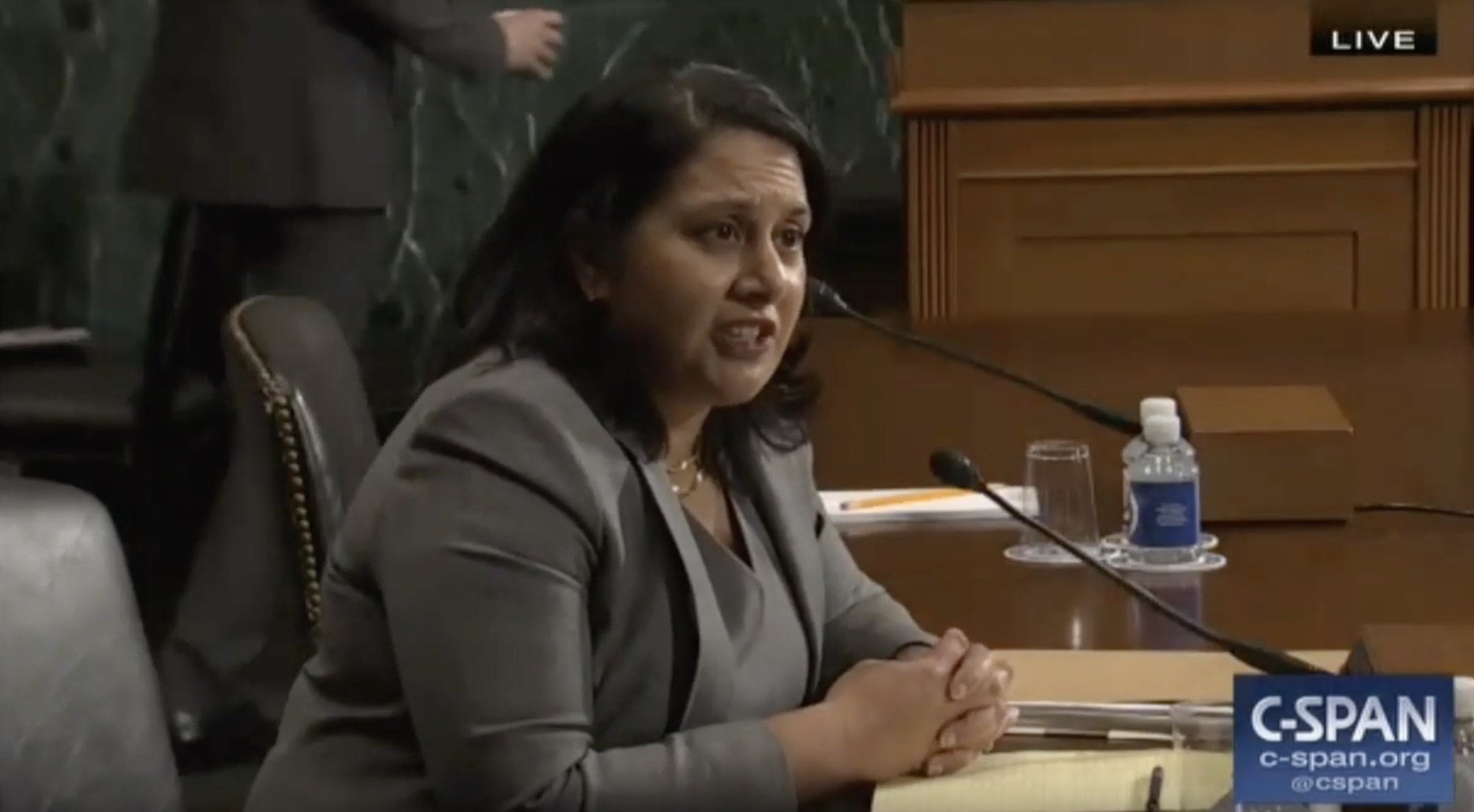 Naomi Rao sits before the Senate Judiciary Committee during a hearing on her nomination to the D.C. Circuit Court. YouTube/Screenshot/Spartacus Sputters In Failed Attempt To Criticize Judicial Nominee

Cruz’s turn to question the nominee followed immediately after Booker’s. The Texas senator took the first minute of his time to remind the committee that hearings over judicial nominees should not be a “theatre for mischaracterizing or twisting nominees’ records or views, nor should it be an avenue for persecution.”

“We’ve seen a growing pattern among Senate Democrats of hostility to religious faith,” Cruz said. “I was deeply troubled a few minutes ago to hear questioning of a nominee asking your personal views of what is ‘sinful.’ In my view, that has no business in this committee.”

Cruz went on to reference Article 6 of the Constitution, which prohibits a religious test of any nominee to public office.

“I don’t believe this is a theological court of inquisition. I think the proper avenue for investigation of this committee is a nominee’s record,” Cruz concluded before going on to his line of questioning.