McEnany revealed earlier Wednesday that Instagram removed an image of Democratic Massachusetts Sen. Elizabeth Warren’s Bar of Texas registration that she posted to her account. The registration was first reported out by The Washington Post and shows that Warren identified herself as an American Indian on the form.

McEnany’s Instagram post pointed out that Warren once claimed she never used her family’s claim to Native American heritage to her professional advantage — a claim called into question by the Texas registration.

I have been warned by @instagram and cannot operate my account because I posted an image of Elizabeth Warren’s Bar of Texas registration form via @washingtonpost.

I’m warned that I am “harassing,” “bullying,” and “blackmailing” her.

McEnany also said that she was unable to access her account until she agreed with Instagram’s assessment that her post violated community guidelines. (RELATED: Daily Caller Editor In Chief Locked Out Of Account For Tweeting ‘Learn To Code’)

I won’t agree to that illogical & asinine assertion. Shame on you @Instagram! pic.twitter.com/US4SqswuLg

Instagram reviewed the post after an inquiry from The Daily Caller and revealed that they had made an error.

“We incorrectly removed this image for including personal information, in this case the home address of someone else, which is not allowed on Instagram,” an Instagram spokesperson told the Caller. “On secondary review, we confirmed that the image included an office address and not a personal home address. The content has now been restored and we apologize for the mistake.”

The Bar of Texas registration form contains an address for Warren that is clearly marked as “office.” Warren’s home address and birth date are blocked from view on the document.

According to updated screenshots provided to the Caller, Instagram no longer tells McEnany that she violated guidelines regarding harassment and bullying when she attempts to access her account. Instead, she is directed to accept a prompt outlining more basic community guidelines. 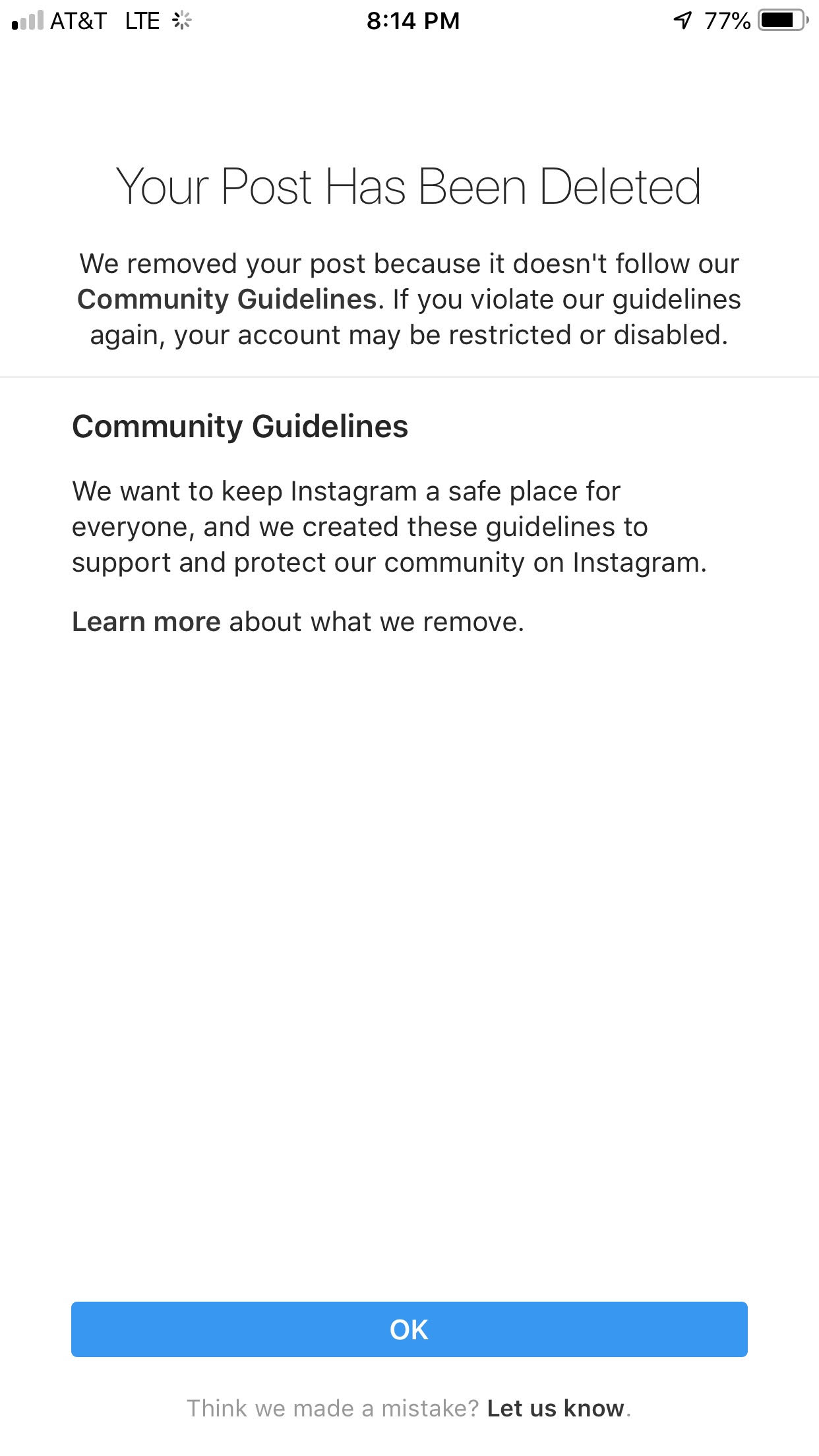 “This is outrageous. @Instagram is targeting conservatives and actively trying to protect 2020 Dems. The censorship from big tech of conservatives has to stop,” she wrote on Twitter.