A member of the Ukrainian parliament accused in his home country of interfering in the 2016 U.S. presidential election was identified in congressional testimony in October as a source for opposition research firm Fusion GPS.

Nellie Ohr, a former contractor for the Washington, D.C.-based Fusion GPS, testified on Oct. 19 that Serhiy Leshchenko, a former investigative journalist turned Ukrainian lawmaker, was a source for Fusion GPS during the 2016 campaign.

“I recall … they were mentioning someone named Serhiy Leshchenko, a Ukrainian,” Ohr said when asked who Fusion GPS’s sources were, according to portions of Ohr’s testimony confirmed by The Daily Caller News Foundation.

Ohr, whose husband is Justice Department official Bruce Ohr, testified that she was not aware of Leshchenko’s source information, but that she knew he was providing information to Fusion GPS, where she worked between late 2015 and the 2016 election.

“His source information I am not aware of,” Nellie Ohr testified.

“You were just aware that he was a source of –” one lawmaker began to ask.

“[Fusion GPS founder] Glenn Simpson? Or was it a source of [Fusion GPS employee Jake Berkowitz] or both?” the lawmaker asked.

“I’m not aware of a difference between them, just a source of Fusion GPS,” said Nellie Ohr, a Russia linguist who previously worked for the CIA’s open source research unit, Open Source Works.

Nellie Ohr did not describe the Leshchenko-Fusion GPS source relationship in greater detail, so it is not clear whether the Ukrainian lawmaker was paid, how he transmitted information to Fusion or with whom at the firm he maintained contact.

Nellie Ohr did not testify whether she handled information from Leshchenko or if she provided it to her husband, who served as associate deputy attorney general and director of the Justice Department’s Organized Crime Drug Enforcement Task Force.

Fusion GPS did not reply to a list of detailed questions about Leshchenko. One of the firm’s co-founders, Tom Catan, replied “Strictly FYI” in an email, copying others at Fusion GPS. He did not answer follow-up questions.

Nellie Ohr’s testimony is the first time that a foreign government official has been linked as a source for Fusion GPS, which is best known for its work on the anti-Trump dossier alleging that President Donald Trump and his campaign conspired with Russian operatives to influence the 2016 campaign. (RELATED: Nellie Ohr Researched Trump’s Kids For Fusion GPS) 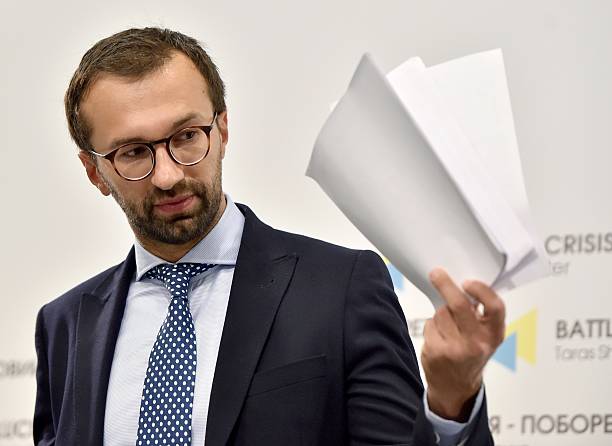 While that investigation was unfolding, Fusion GPS dug up dirt on Trump, members of his campaign and his family.

As TheDCNF has reported, Nellie Ohr also testified to Congress that Fusion GPS directed her to research the travels and business activities of Trump’s children. Nellie Ohr and other contractors, including an attorney named Edward Baumgartner, also focused heavily on Paul Manafort, who served as Trump campaign chairman from April 2016 to August 2016.

In addition to gathering research and intelligence on Trumpworld figures, Fusion GPS also disseminated its findings to the press. Simpson briefed and met with reporters to pass along information from the Trump investigation.

Leshchenko, a member of Ukraine’s National Anti-Corruption Bureau, is widely credited with publishing a so-called “black ledger” that purported to show that Manafort received $12.7 million in illicit cash payments through 2012 from then-Ukrainian President Viktor Yanukovych.

Manafort worked as a public relations consultant for Yanukovych and his political party from 2004 through 2014, when Yanukovych was forced out of office.

Leshchenko was a prominent media presence during and after the 2016 campaign, leveling allegations against Manafort and making it clear that he sought to portray Trump as a “pro-Russian candidate.”

“A Trump presidency would change the pro-Ukrainian agenda in American foreign policy,” Leshchenko told the Financial Times days after publicizing the black ledger on Aug. 14, 2016. “For me, it was important to show not only the corruption aspect, but that he is [a] pro-Russian candidate who can break the geopolitical balance in the world.”

Ironically, given Fusion GPS’s investigation of Russian meddling in the election, Leshchenko himself was found to have illegally interfered in the 2016 election.

On Dec. 11, 2018, a court in Kyiv ruled that Leshchenko’s release of information about Manafort “led to interference in the electoral processes of the United States in 2016 and harmed the interests of Ukraine as a state.”

Leshchenko responded by accusing Ukrainian President Petro Poroshenko of stifling the investigation into Manafort in order to curry favor with the Trump administration.

Leshchenko’s ledger itself has also come under scrutiny and has yet to be verified as accurate. 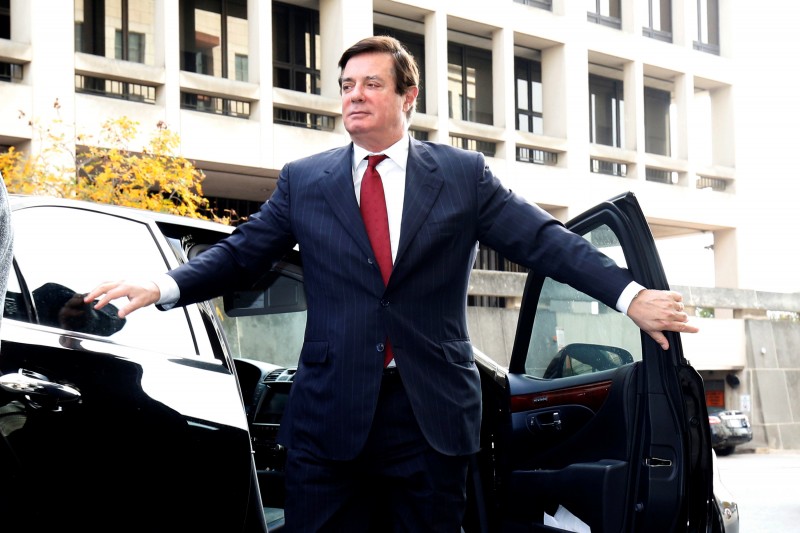 The head of Ukraine’s Specialized Anti-Corruption Prosecutor’s Office, Nazar Kholodnytskyi, said on June 27, 2017 that investigators had no proof Manafort received the illicit payments listed on the ledger. Manafort has been convicted in the special counsel’s probe of tax evasion, bank fraud and other crimes related to his work for Yanukovych. However, he has maintained that Leshchenko’s ledger is a fabrication.

Though the black ledger remains in dispute, Leshchenko’s disclosure of the document played a major role in Manafort’s ouster from the Trump campaign and likely fueled American prosecutors’ interest in the longtime Republican operative. Foreign Policy magazine dubbed Leshchenko “The Ukrainian Who Sunk Paul Manafort” in an article detailing his push during the campaign to reveal the ledger. (RELATED: Former Fusion GPS Contractor Shreds Firm’s Work On Paul Manafort)

Leshchenko’s aggressive tactics have landed him under scrutiny, as well.

Leshchenko appears to have tried to blackmail Manafort by contacting his daughter with information about Manafort’s Ukraine dealings, Politico reported on Feb. 23, 2017.

“Considering all the facts and evidence that are in my possession, and before possible decision whether to pass this to [the National Anti-Corruption Bureau of Ukraine] or FBI I would like to get your opinion on this and maybe your way to work things out that will persuade me to do otherwise,” reads one message sent to Manafort from an email address linked to Leshchenko.

Leshchenko has vehemently denied contacting Manafort’s family or of threatening extortion. He did not respond to emails seeking comment for this article. A spokesman for Manafort declined comment.

The Ohrs did meet on July 30, 2016 with Steele. During that meeting, Steele briefed the Ohrs on some of his findings during the Trump investigation.

Days later, Bruce Ohr debriefed then-FBI Deputy Director Andrew McCabe on his meeting with Steele, who is based in London. Bruce Ohr would later serve as an unofficial back channel between Steele and the FBI. Steele had been in contact with the FBI before the election, but the bureau ended that relationship on Nov. 1, 2016 after learning that Steele had been in contact with journalists.

After Trump’s election victory, Bruce Ohr was asked to communicate with Steele and report back any developments on the Trump-Russia front.

The Ohrs have been a focus of congressional Republicans who believe that the FBI and Justice Department relied improperly on the Steele dossier to obtain surveillance warrants against Trump campaign adviser Carter Page. Republicans have speculated that Fusion GPS hired Nellie Ohr in order to make it easier to get anti-Trump research to law enforcement officials.

Fusion disseminated its Trump materials — including the Steele dossier and its research on Manafort — through numerous governmental and non-governmental channels. Steele shared parts of his dossier with Bruce Ohr, the State Department and the FBI. He and Simpson also met with numerous Beltway journalists during the campaign.

Some former Fusion GPS contractors have questioned the firm’s work on Manafort.

Graham Stack, who contracted with Fusion in 2016, argued in a Sept. 17, 2018 op-ed that the firm misrepresented Manafort’s Ukraine work as being effusively pro-Russian.

“As a contributor to the Fusion GPS research on Manafort, I share the blame. Because we got Manafort almost completely wrong,” wrote Stack, who has investigated Yanukovych and Manafort for years.

Stack has reported that Manafort shepherded top Ukrainian officials to meet in Brussels to sign off on the Association Agreement, which brought Ukraine further into the European Union’s orbit.