WASHINGTON — Republican Texas Sen. Ted Cruz argued on Wednesday that foreign policy must be crafted based solely on America’s national interest and not on policy prescriptions of either interventionists or isolationists.

“Some have never met a country they didn’t want to invade. Others have never met a theater they didn’t want to abandon. Neither is the right answer,” Cruz said while speaking at the American Enterprise Institute. “Instead, we should be fierce and resolute in defending America and defeating our enemies, but we should also be extremely reluctant to intervene militarily and risk the lives of our sons and daughters.”

Cruz explained that throughout the last few decades, American policy has been “a tug-of-war between intervention and isolation.” Most recently, the Sept. 11 terrorist attacks paved the way for interventionist policies to surge to the forefront. However, the many implementation failures and disastrous missteps associated with such policies have springboarded a resurgence of isolationism.

He further noted that “Uncle Sam has developed a bad habit of attempting to topple dictators who are killing terrorists, only to have them replaced by terrorists who kill Americans,” which consequently enabled a renewed aversion to the once dominant interventionist strategies.

“A national examination of conscience is a good thing, but we should not rush into the arms of isolationists as if it were a reasonable alternative to intervention, as if our only choices are to bomb the world into democracy or ignore the world into peace,” Cruz said.

“It is not a binary choice. There is a third option — not an intermediate point between the other two but rather a third point on the triangle: national interest,” Cruz continued. “We should be intervening, or not, and deciding what form that intervention should take based directly on America’s national interest.” 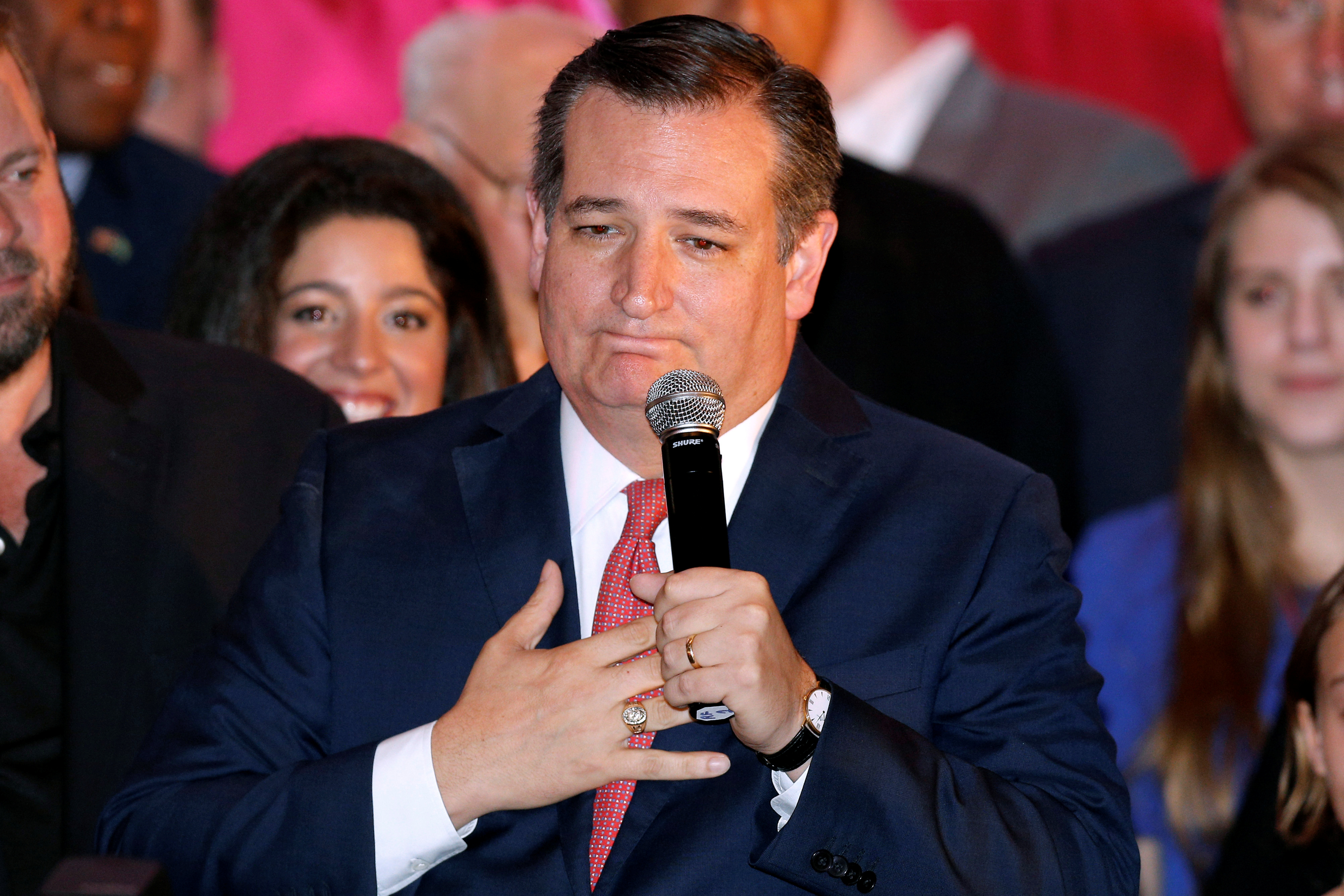 Referring to himself as a “non-interventionist hawk,” the Texas senator promulgated former President Ronald Reagan’s notion of peace through strength. (RELATED: Ted Cruz Uses The Constitution To Defend Building The Wall)

“Even though we should be reluctant to use force, we still need a strong military, the most powerful on the globe,” Cruz said. “The more prepared we are to defend ourselves, the less likely we are to actually face military conflicts.”

“We should generally be skeptical of the use of force, let alone the endless wars that America has been fighting,” he continued. “But if force is necessary, we must be ready and able to make that force unstoppable.”

Stressing the importance of a pragmatic approach to foreign policy implementation, Cruz illustrated the variety of tools stocked within America’s war chest.

First, in the hierarchy of solutions, America has its voice, the bully pulpit of the United States.

“Just because you may not be prepared to send in the Marines doesn’t mean America should be silenced in the face of human rights abuses and injustices,” Cruz explained.

Next, there’s leverage through economic and diplomatic sanctions, which can be a “powerful tool that constrains” foreign aggression. (RELATED: Ted Cruz Slams Senate Dems For Holding A ‘Theological Court Of Inquisition’ Over Trump Nominees)

Finally as a last resort, national interest can be secured through military force, both targeted and overwhelming. The former may be necessary with terroristic regimes, while the latter, which he added “should be used very, very rarely,” needs to be the standard if America is called to direct military conflicts.

“A national interest foreign policy is not some strange middle point between intervention and isolation, because it doesn’t exist on the same axis,” Cruz said. “It isn’t a cookie cutter that prescribes the same action every situation, but it’s a pragmatic standard of judgment under which some situations merit force, some the soft touch of diplomacy, and some no involvement at all.”

America has unique relationships with foreign regimes and all require different remedies when it comes to policy. As a country, the United States must “acknowledge how the world is.”

“There are friends and enemies, there are rivals and problematic allies,” Cruz said. “There are human rights crises — each of these requires different approaches. What tools we use, how we use them, depend on who we’re dealing with and what is in America’s national interest.”