Amazon founder and Washington Post owner Jeff Bezos accused National Enquirer’s parent company of trying to blackmail him with lewd photos of him and his mistress Thursday evening.

“I was made an offer I couldn’t refuse. Or at least that’s what the top people at the National Enquirer thought. I’m glad they thought that, because it emboldened them to put it all in writing,” Bezos wrote in a Medium post. “Rather than capitulate to extortion and blackmail, I’ve decided to publish exactly what they sent me, despite the personal cost and embarrassment they threaten.”

AMI, the owner of the National Enquirer, is led by David Pecker. Bezos pointed out Pecker’s ties to President Donald Trump in the statement. He also pointed to owning The Post and their coverage of the murder of Jamal Khashoggi as potential reasons people could be targeting him.

De Becker called the leak “politically motivated,” and said that the main target of his inquiry was Sanchez’s brother, Michael Sanchez. Michael Sanchez is a pro-Trump Hollywood manager. 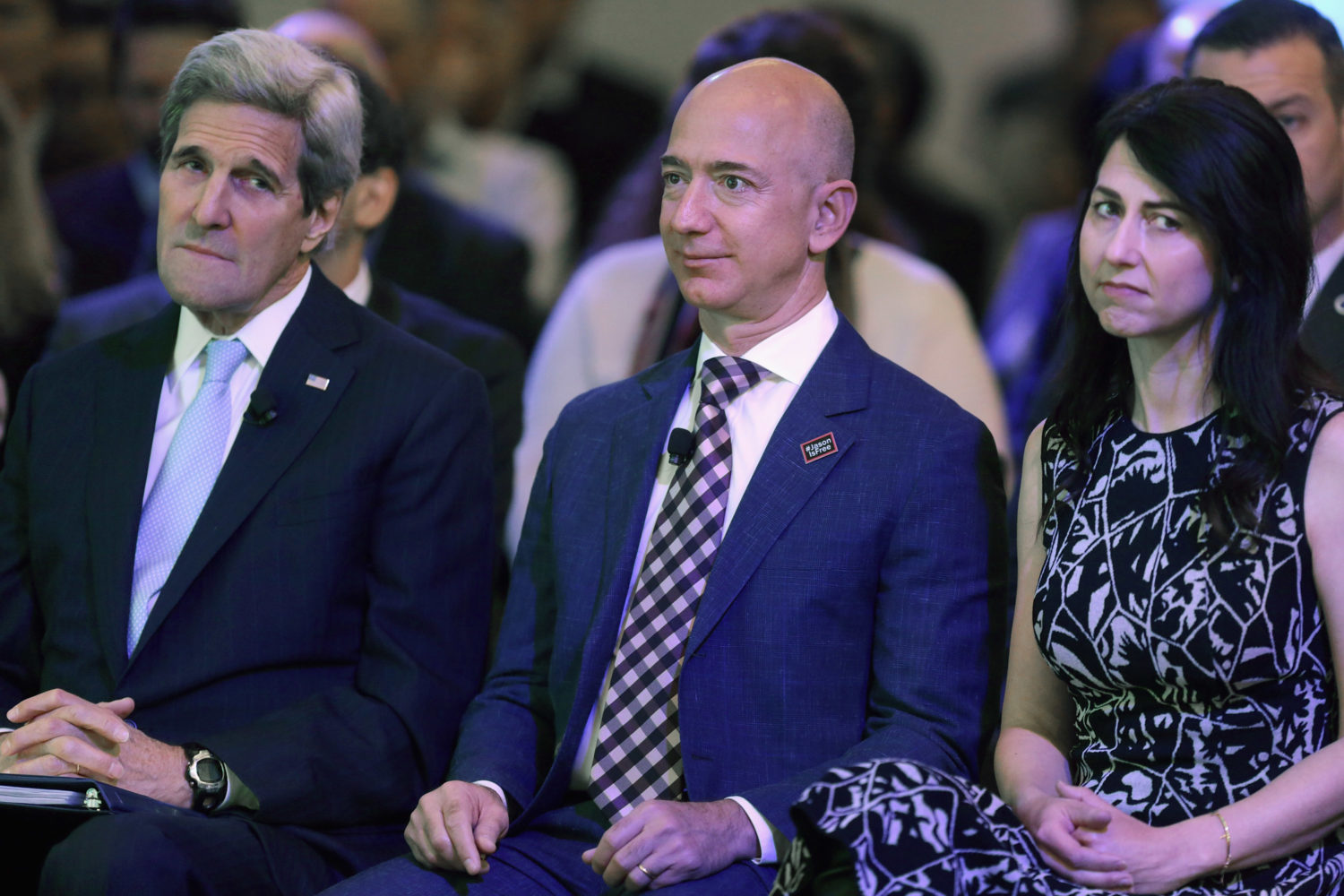 Bezos further alleges that he and his lawyer were told that Pecker was “apoplectic” over Bezos’ investigation. Days later, he claims someone from the Enquirer approached him and threatened him with the lewd photos being released. (RELATED: People Are Already Taking Bets On How Old Jeff Bezos’ Next Girlfriend Will Be)

Bezos copy and pasted an email allegedly from Dylan Howard, AMI’s COO, days after that initial threat was made, which claims that they have obtained nine lewd photos of Bezos and Sanchez in addition to a “below the belt selfie — otherwise colloquially known as a ‘d*ck pick.'”

Trump and Bezos have had a long-standing feud. Trump has suggested taxing Amazon at a higher level in order make up for their effect on small business retailers at the local level.