President Donald Trump reamed House Intelligence Committee Chairman Adam Schiff, who announced he would open investigations into the president’s private finances in a series of morning tweets and during private conversation with an advisor.

So now Congressman Adam Schiff announces, after having found zero Russian Collusion, that he is going to be looking at every aspect of my life, both financial and personal, even though there is no reason to be doing so. Never happened before! Unlimited Presidential Harassment….

….The Dems and their committees are going “nuts.” The Republicans never did this to President Obama, there would be no time left to run government. I hear other committee heads will do the same thing. Even stealing people who work at White House! A continuation of Witch Hunt!

PRESIDENTIAL HARASSMENT! It should never be allowed to happen again!

Schiff released a statement Wednesday saying the investigation would look into “whether President Trump, his family, or his associates are or were at any time at heightened risk of, or vulnerable to, foreign exploitation, inducement, manipulation, pressure, or coercion, or have sought to influence U.S. government policy in service of foreign interests.”

Schiff did not rule out inquiry beyond these personal matters, writing, “The Committee may pursue additional lines of inquiry regarding matters that arise from the investigation, and it intends to cooperate with other congressional committees, as needed, on matters of overlapping interest.”

Trump’s broadsides against Schiff mimic the warning he gave in his Tuesday State of the Union address when he declared, “An economic miracle is taking place in the United States — and the only thing that can stop it are foolish wars, politics, or ridiculous partisan investigations.”

He continued, “If there is going to be peace and legislation, there cannot be war and investigation. It just doesn’t work that way!” 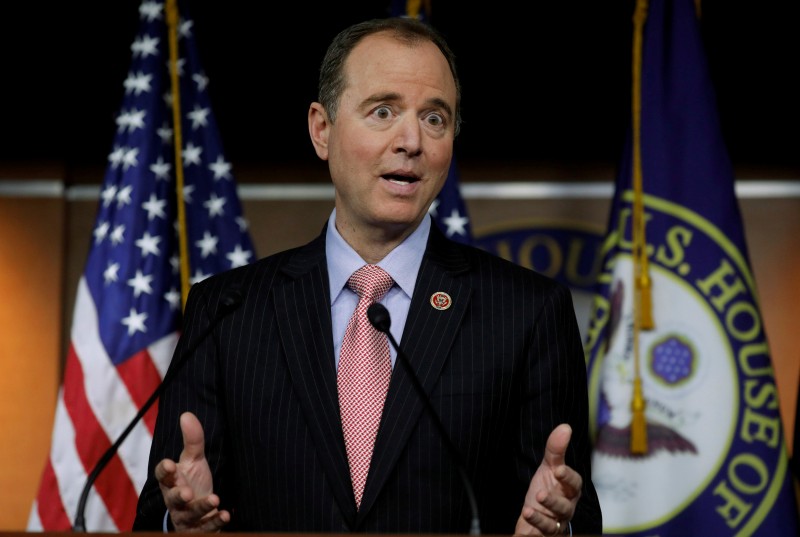 A source close to the president who spoke with him since Schiff’s announcement said he was particularly incensed by the announcement and feared it would color future ability of the Democratic House of Representatives to reach any compromise with the White House in the next two years.

“He’s just a political hack trying to build a name for himself,” Trump said of Schiff Wednesday at an event in the Roosevelt Room, adding “It’s called presidential harassment and it is unfortunate.”