White House counselor Kellyanne Conway revealed Friday that a woman has been charged for grabbing and shaking her while Conway was eating out with her teenage daughter in Bethesda, Maryland.

“Somebody was grabbing me from behind, grabbing my arms, and was shaking me to the point where I felt maybe somebody was hugging me,” Conway told CNN’s Dana Bash. “She was out of control. I don’t even know how to explain her to you. She was just, her whole face was terror and anger. She was right here, and my daughter was right there. She ought to pay for that.”

Conway called 911, but the woman left before law enforcement could arrive at the Uncle Julio’s restaurant. The woman, Mary Elizabeth Inabinett, was charged with second-degree assault and disorderly conduct in November, reported CNN.

Inabinett will have a trial in Maryland state court in March. (RELATED: Howard Schultz Takes Numerous Digs At Trump While Teasing 2020 Run In Indiana)

“Ms. Inabinett saw Kellyanne Conway, a public figure, in a public place, and exercised her First Amendment right to express her personal opinions. She did not assault Ms. Conway. The facts at trial will show this to be true, and show Ms. Conway’s account to be false,” Inabinett’s lawyer William Alden McDaniel Jr. said in a statement according to CNN. 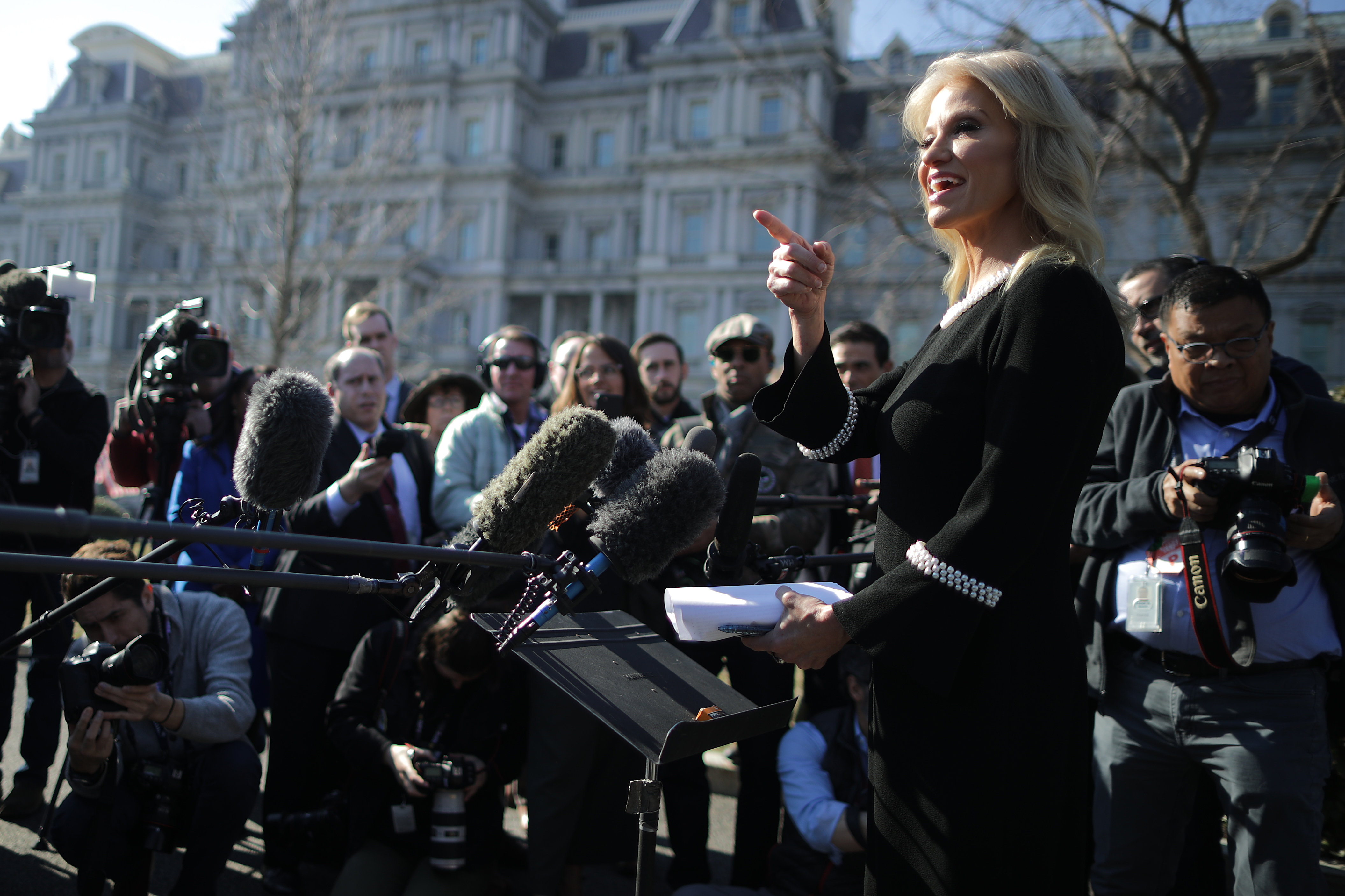 White House Counselor to the President Kellyanne Conway talks to journalists outside the West Wing at the White House February 04, 2019 in Washington, DC. (Photo by Chip Somodevilla/Getty Images)

Conway claimed her daughter had video recorded some of what transpired.

Conway is not the first Trump administration figure to face backlash while at a restaurant with her family. White House press secretary Sarah Huckabee Sanders was kicked out of the Red Hen restaurant in Lexington, Virginia, in June by the owner because of her work for President Donald Trump.

Conway’s interview with Bash was different from some of her past CNN appearances. She and CNN host Chris Cuomo got into it while discussing Trump and Michael Cohen in August.

“There’s a little difference between you and me and the shop you’re working for: integrity,” Cuomo told Conway.

“The White House? How dare you! Don’t you dare,” Conway said.

“You should admit he’s lying, and you don’t and that’s why people don’t trust you,” he responded.

She countered, “You know why, maybe your audience doesn’t because this is no longer the CNN who breaks news, this is the CNN of opinion and anti-Trump stuff.”