“The Democrats in Congress yesterday were vicious and totally showed their cards for everyone to see,” Trump wrote on Twitter Saturday. “When the Republicans had the Majority they never acted with such hatred and scorn! The Dems are trying to win an election in 2020 that they know they cannot legitimately win!”

The Democrats in Congress yesterday were vicious and totally showed their cards for everyone to see. When the Republicans had the Majority they never acted with such hatred and scorn! The Dems are trying to win an election in 2020 that they know they cannot legitimately win!

Members from both sides of the aisle questioned Whitaker during a House Judiciary Committee hearing Friday. Whitaker’s exchanges with House Democrats sometimes got heated. Democratic Texas Rep. Sheila Jackson Lee held up a copy of the Constitution and became outraged when Whitaker refused to answer her questions with “yes” or “no.”

“Mr. Attorney General, we’re not joking here and your humor is not acceptable,” Jackson Lee told Whitaker. “Now you’re here because we have a constitutional duty to ask questions and the Congress has the right to establish government rules.” (RELATED: Matthew Whitaker’s ‘Not Acceptable’ Judiciary Hearing Responses Set Off Sheila Jackson Lee)

Whitaker also sparred with Democratic California Rep. Eric Swalwell, who questioned him about his thoughts on special counsel Robert Mueller, who is leading an investigation into Russian interference in the 2016 presidential election.

“Congressman, I am not here to be a puppet to repeat terms and words that you say that I should say,” Whitaker told Swalwell Friday. 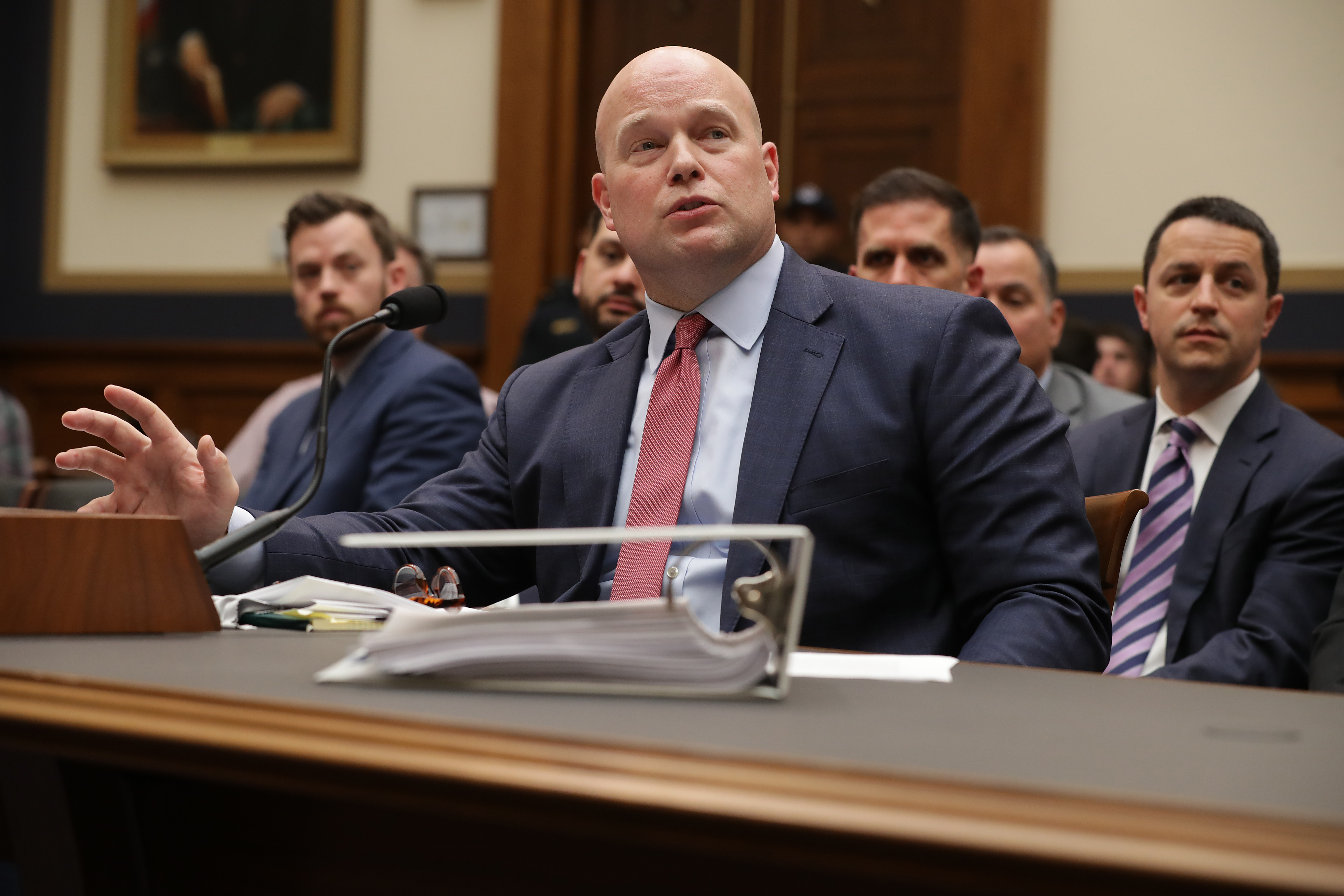 Trump’s nominee to permanently take over as attorney general, William Barr, could be confirmed by the Senate as early as next week after a Senate panel voted to advance him Thursday, reported CNN.

Many of the Democrats have reservations about Barr that hinge on how he will treat Mueller’s investigation.

“I can assure you [Barr] has a very high opinion of Mr. Mueller and he is committed to letting Mr. Mueller finish his job,” Republican South Carolina Sen. Lindsey Graham said Jan. 9 after a meeting with Barr.

Barr served as attorney general from 1991 to 1993 in the George H.W. Bush administration.