America’s sheriffs are warning Congress to stop a proposed backroom deal that would institute a ceiling on the number of illegal immigrants that U.S. Immigration and Customs Enforcement (ICE) can detain.

According to letters sent to House and Senate lawmakers on Friday, the National Sheriffs’ Association (NSA) and the Major Country Sheriffs of America claim that if ICE is forced to release detainees, over 8,300 criminal illegals will be sent to the streets and potentially lost to the administrative and judicial systems. 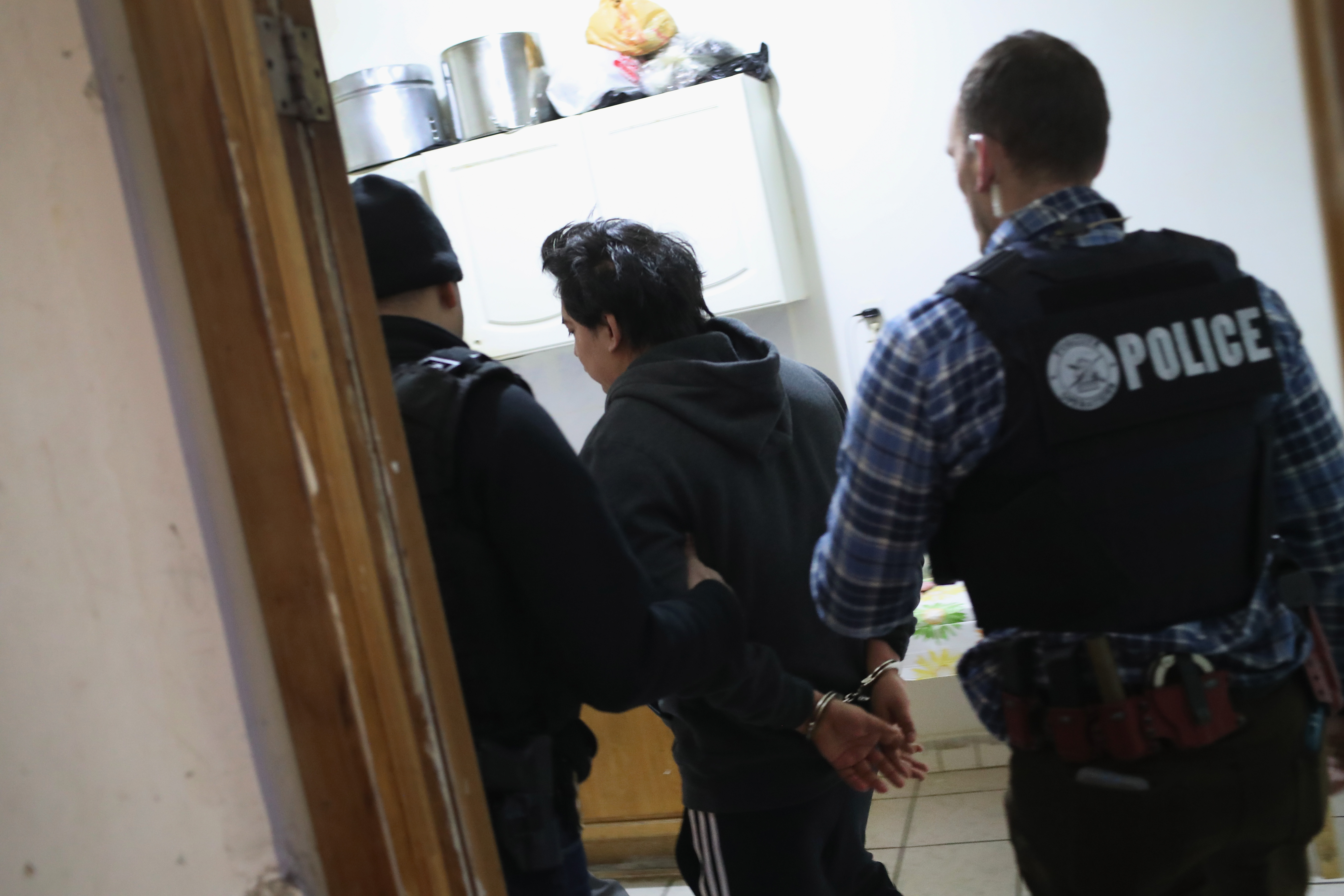 U.S. Immigration and Customs Enforcement (ICE), officers arrest an undocumented Mexican immigrant during a raid in the Bushwick neighborhood of Brooklyn on Ap. 11, 2018 in New York City. (Photo by John Moore/Getty Images)

The letters were obtained by The Daily Caller Sunday after contacting the NSA.

The brokered agreement would mandate that ICE can hold no more than 16,500 people at a time. The negotiations began last December as part of the talks surrounding the partial government shutdown. Discussions resumed after the reopening of the federal government and are reportedly ongoing with another shutdown potentially looming. (RELATED: Raid Leads To More Than 100 ICE Arrests In New York)

“Capping the number of detention beds utilized by ICE not only jeopardizes the integrity of the immigration system, but would cripple ICE’s ability to detain criminal aliens and other aliens who pose a risk to public safety or are a flight risk,” the letters read. One letter was sent to Alabama Republican Sen. Richard Shelby, Vermont Democratic Sen. Patrick Leahy, while a second identical letter was sent to Texas Republican Rep. Kay Granger and New York Democratic Rep. Nita Lowey.

The letter warned, “Any legislation that reduces ICE’s detention capacity would hinder its ability to perform its national security and public safety missions, but also impact local law enforcement’s ability to protect the communities they serve. In order to meet the cap being tentatively proposed by Congress, ICE would be compelled to release thousands of aliens from custody.” (RELATED: Report: ICE Drops Off Illegal Aliens On The Streets Of Texas)

Migrants, part of a caravan of thousands from Central America trying to reach the United States, return to Mexico after being hit by tear gas sprayed by U.S. Customs and Border Protection. Nov. 25, 2018. REUTERS/Adrees Latif

The correspondence noted, “Over 90 percent of ICE’s arrests are aliens who have a criminal conviction, have been arrested for a criminal, or have been previously removed. Placing a cap on ICE detention beds will undermine the efficacy of the immigration system and reduce the number of aliens who are removed from the United States.”