The Ebola virus has claimed nearly 500 people, including 97 children, in the Democratic Republic of Congo (DRC) since the outbreak began last August, according to ABC News.

Of the 97 children who lost their lives, 65 were under the age of five in the second-largest Ebola outbreak in history, reports children’s rights organization Save The Children. There have been over 731 confirmed cases in the DRC over the last six months of which 484 people have died. (RELATED: Latest Ebola Outbreak Declared Worst To Ever Hit The DRC) 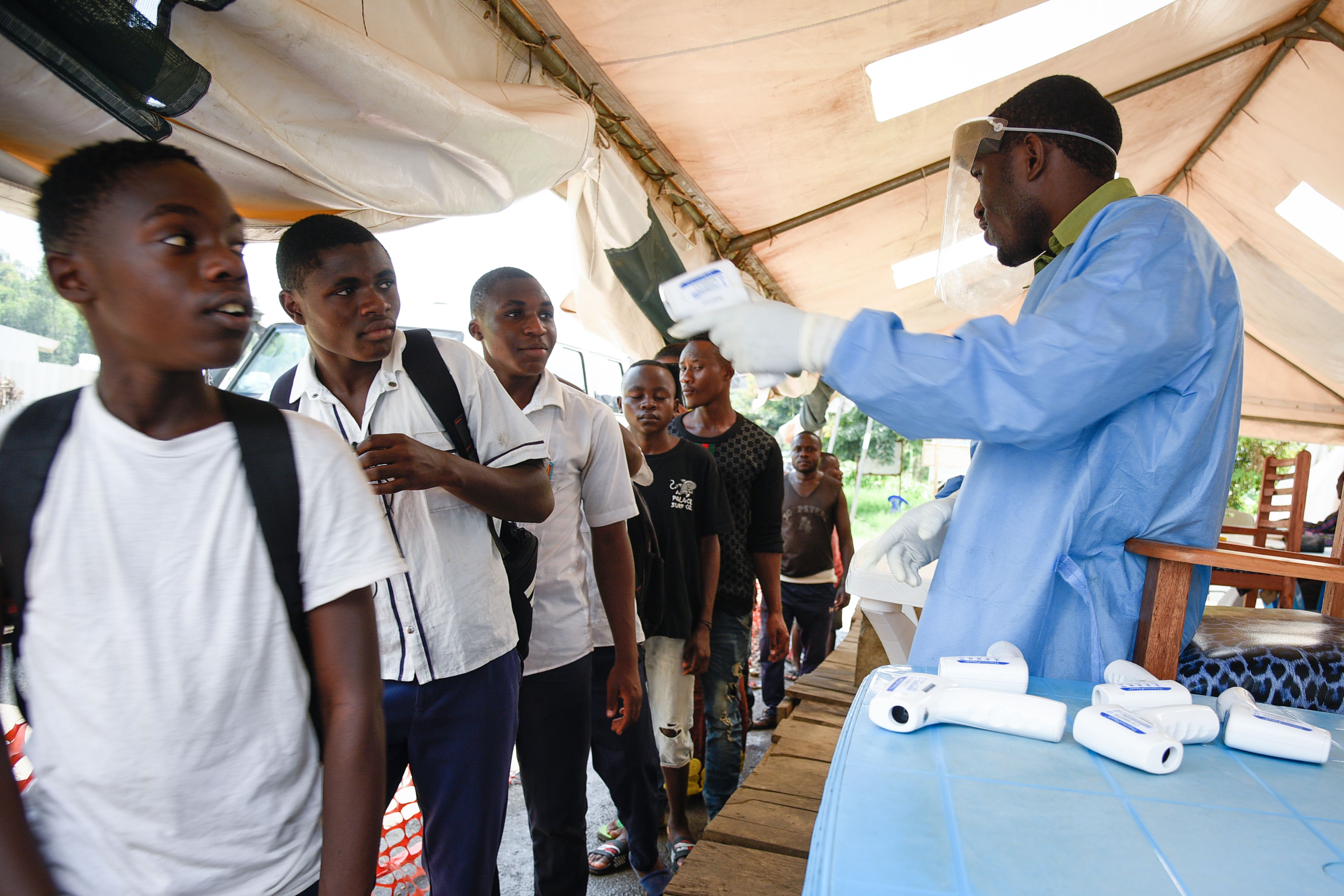 A medical assistant uses a non-contact thermometer to check the temperature of people from Democratic Republic of Congo (DRC) at the Ebola screening point bordering with DRC in Mpondwe, western Uganda, on December 12, 2018. (SAAC KASAMANI/AFP/Getty Images)

The group advises that the death toll may continue to climb as the number of cases has doubled in January from 20 to 40 a week, with 120 new cases coming in the last few weeks of the month.

“We are at a crossroads,” said Save The Children’s Country Director in DRC Heather Kerr. “If we don’t take urgent steps to contain this, the outbreak might last another six months, if not the whole year.”

The deadly fever-causing virus kills about half of those infected, but the latest outbreak has taken 60 percent of its victims in Congo, estimates CNN.

“It is paramount to convince communities that Ebola is an urgent and real concern,” said Kerr. “People have disrupted funerals because they didn’t believe the deceased had succumbed to the virus. Aid workers were threatened because it was believed they spread Ebola. We have to scale up our efforts to reach out to the vocal youth and community leaders to build trust and to help us turn this tide. Treating the people who are sick is essential, but stopping Ebola from spreading further is just as important.” 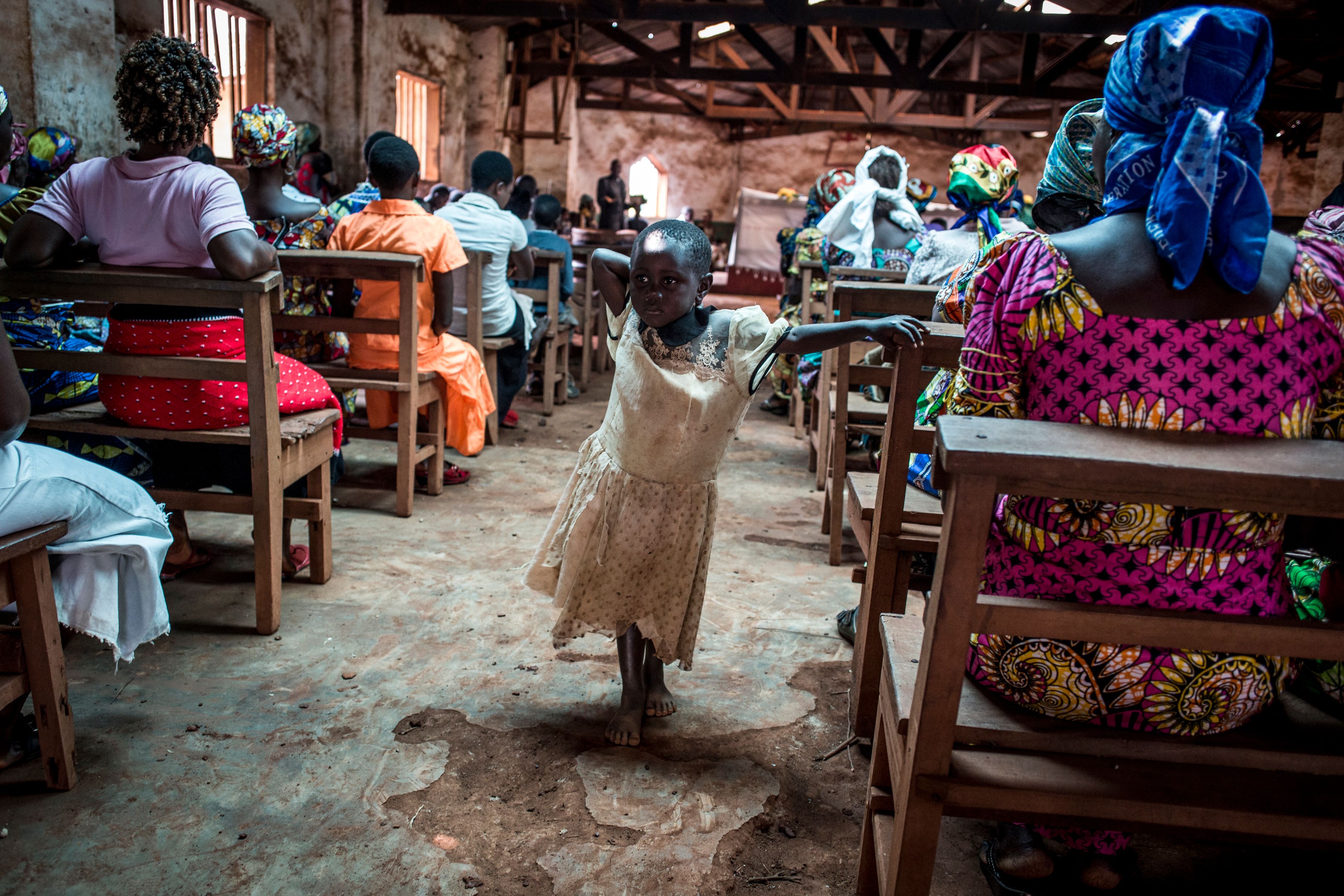 A young Congolese girl stands during a church service on August 19, 2018 in Mangina, near Beni, in the North Kivu province. (JOHN WESSELS/AFP/Getty Images)

Violence and unrest within the eastern part of the African country make the effort to contain the virus even more difficult. With more than a million refugees traveling across the eastern provinces of the country, the potential spread of the virus yields higher risk, according to CNN. (RELATED: Ebola Returns To The DRC For Second Time This Year)

“The DRC is a country suffering from violence and conflict and an extreme hunger crisis — some 4.6 million children are acutely malnourished,” said Kerr. “The main concerns for many people are safety and making sure they have enough to eat. But Ebola has to be a priority, too.” 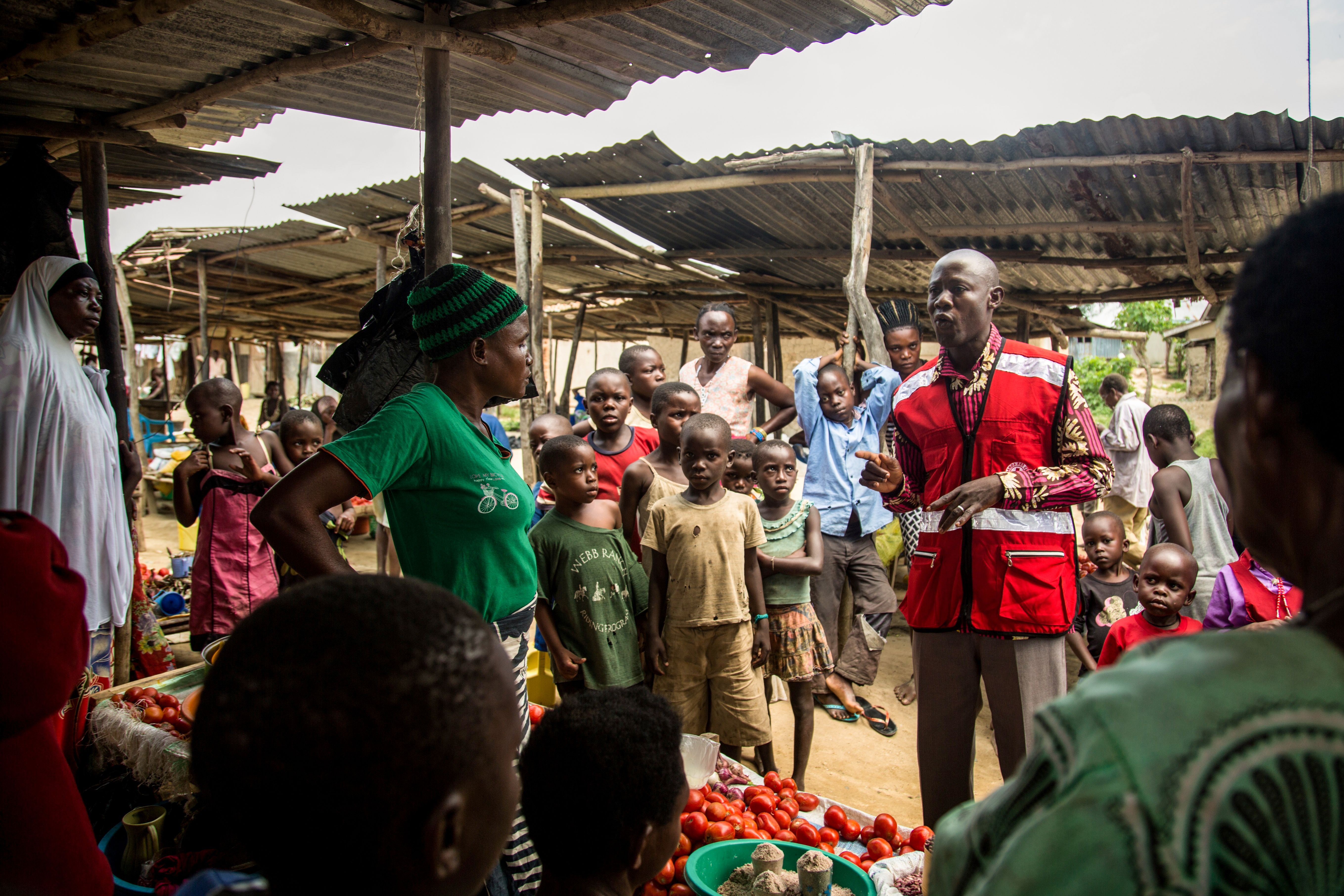 A Red Cross volunteer explains measures to prevent infection with Ebola to inhabitants, on August 17, 2018 in Butugo, western Uganda, near the border with Democratic Republic of Congo. (SUMY SADURNI/AFP/Getty Images)

Save The Children has contacted over 400,000 people with information about the virus and how to prevent it. In addition, the group has trained more than 1,000 staff members in Uganda on steps needed to stop the spread of Ebola.