Saying they don’t believe the legislation is constitutional, some sheriffs in Washington are rebelling against a new state gun law.

The law delivers an omnibus assortment of restrictions for gun owners, Fox News reported Monday. Both the National Rifle Association (NRA) and the Second Amendment Foundation (SAF) say it is unconstitutional and have initiated a federal lawsuit against the state. 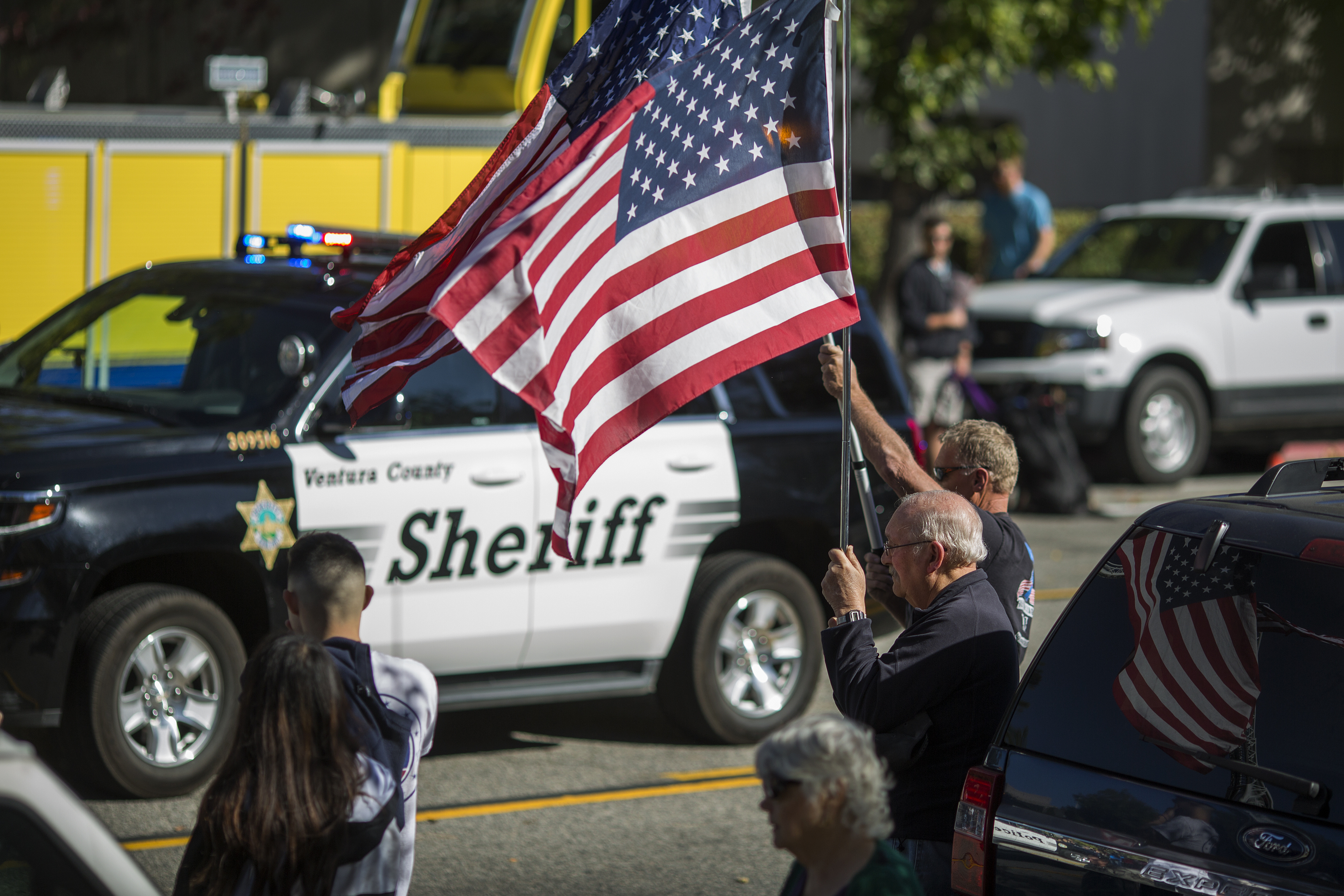 People hold flags as the procession carrying the body of Ventura County Sheriffs Sgt. Ron Helus, who was killed in a mass shooting at the Borderline Bar and Grill, leaves Los Robles Hospital on Nov. 8, 2018 in Thousand Oaks, Cal. (Photo by David McNew/Getty Images)

The sheriffs in a dozen rural counties say they will not recognize the law until the courts rule on its legality. At least one police chief has publicly condemned the legislation and refused to enforce it.

Washington voters passed the initiative during last November’s midterm elections. It increases the legal age for purchasing a semi-automatic firearm to 21 from 18, mandates successful completion of a gun safety course before purchasing a gun, and includes a comprehensive and probing background investigation. The NRA and SAF are focusing on the law’s age-limit increase in their legal challenge. (RELATED: SAF, NRA File Federal Lawsuit Challenging Washington’s Initiative 1639)

The New York chapter of the ACLU is skeptical of the allegations made by the NRA against the Cuomo administration. SHUTTERSTOCK/ Keith Homan

According to The Seattle Times, Ballot Initiative 1639, or I-1639, received more than 60 percent approval from the state electorate.

Supporters of the bill dismiss the opposition as a futile obstruction.

“The political grandstanding is disheartening,” Renee Hopkins told the AP. The head of the Alliance for Gun Responsibility suggested “we will have a huge problem” if background checks are not completed.

“I swore an oath to defend our citizens and their constitutionally protected rights,” Grant County Sheriff Tom Jones told the Associated Press. “I do not believe the popular vote overrules that.”