Oregon Democratic Rep. Earl Blumenauer on Friday announced his intention to introduce a resolution that would make climate change a national emergency.

BREAKING: Rep. Earl Blumenauer is Planning to introduce a resolution to declare a national emergency on the climate crisis.

Blumenauer’s announcement comes after President Donald Trump’s Friday morning Rose Garden press conference during which he stated his intention to declare a national emergency at the border in order to potentially free up more funding for his proposed border wall. 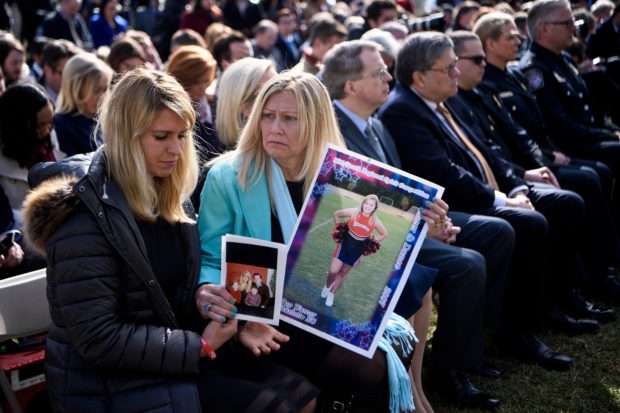 People who lost loved ones in crimes linked to illegal immigration listen while US President Donald Trump speaks about a state of emergency for a border wall from the Rose Garden of the White House February 15, 2019 in Washington, DC. (BRENDAN SMIALOWSKI/AFP/Getty Images)

Many, including several GOP lawmakers, have warned that such a declaration could end up hurting conservative causes in the long run. A Democratic president, they argue, could theoretically use such a declaration to further any issue they wished, from climate change to gun control. (RELATED: Does The Green New Deal Give Handouts To ‘Unwilling Workers?’ Here’s What It Actually Says)

“What our country should be doing right now is focusing efforts on addressing a real national emergency and one of the most pressing issues of our time: the climate crisis,” he said.

Blumenauer is one of the House sponsors of the Green New Deal, legislation originally introduced by freshman Rep. Alexandria Ocasio-Cortez that would order a massive overhaul of the nation’s agricultural, travel, and economic system in the name of combating climate change.