Independent Vermont Sen. Bernie Sanders announced on Tuesday that he will enter the 2020 race to run for president on the Democratic ticket.

“We began the political revolution in the 2016 campaign, and now it’s time to move that revolution forward,” Sanders told Vermont Public Radio in an interview airing Tuesday morning.

“I think the current occupant of the White House is an embarrassment to our country,” he continued. “I think he is a pathological liar … I also think he is a racist, a sexist, a homophobe, a xenophobe, somebody who is gaining cheap political points by trying to pick on minorities, often undocumented immigrants.”

Sanders revealed in November 2018 he will “probably” launch a bid for the presidency if another candidate does not emerge who is more likely to beat President Donald Trump in 2020.

“If there’s somebody else who appears who can, for whatever reason, do a better job than me, I’ll work my ass off to elect him or her,” Sanders said at the time. “If it turns out that I am the best candidate to beat Donald Trump, then I will probably run.”

The progressive senator unsuccessfully ran a 2016 presidential campaign as a Democrat. Although his run was initially considered a long-shot bid, Sanders won 23 primaries and caucuses. He also won more than 45 percent of pledged delegates, compared to challenger Hillary Clinton’s 54 percent. (RELATED: Bernie Sanders Accused Of Using Government To Target Company That Ran Political Ad Against Him)

“I wanted to let the people of the state of Vermont know about this first,” Sanders told VPR’s Bob Kinzel Tuesday. “And what I promise to do is, as I go around the country, is to take the values that all of us in Vermont are proud of — a belief in justice, in community, in grassroots politics, in town meetings — that’s what I’m going to carry all over this country.” 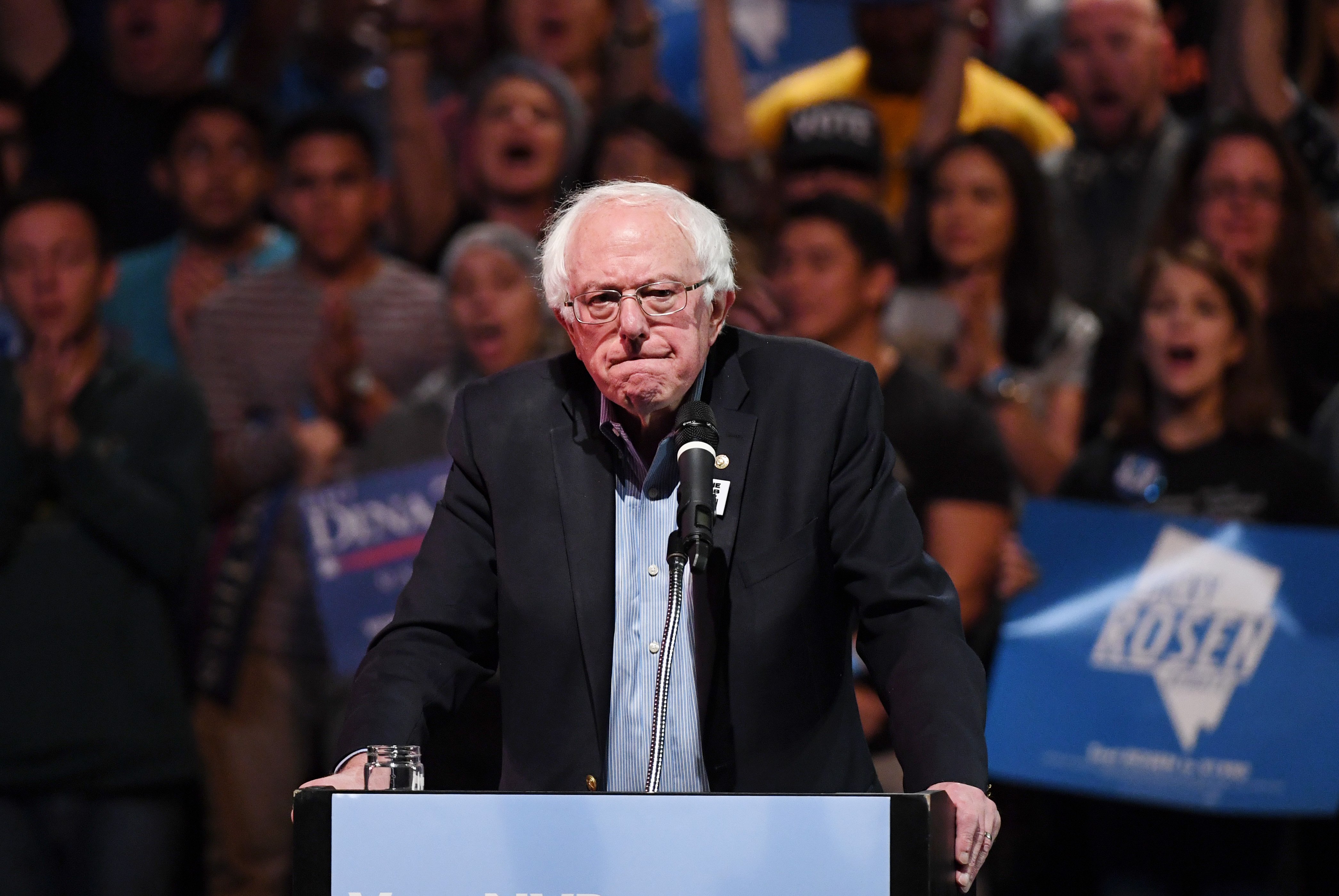 Sanders and his advisers gathered for a weekend in Vermont in December to discuss his prospective run and started laying the foundation in preparation for an even more expansive campaign than he had during his first presidential run.

“This time, he starts off as a front-runner, or one of the front-runners,” Jeff Weaver, Sanders’s 2016 campaign manager, said during the retreat. “It’ll be a much bigger campaign if he runs again, in terms of the size of the operation.”