Former New York City Mayor Michael Bloomberg might be bleeding support from some of the very environmentalists the billionaire is attempting to court ahead of his potential presidential run.

Bloomberg is preparing a massive $500 million campaign to deny President Donald Trump a second term in office. The billionaire is still considering a run at the White House, but he’ll likely have to restore ties with some activists before kick-starting a campaign, according to some media reports.

He has enacted a years-long crusade against the coal industry and has financed a movement to sue oil companies for supposedly contributing to global warming. That’s not enough for Mitch Jones, an activist who heads the climate program at Food & Water Action, a group fighting corporate environmentalism.

“Bloomberg’s reputation as a climate warrior is a bit overblown,” Jones told reporters Tuesday, calling the former a mayor “a pro-fracking, pro-pipeline, pro-nuclear billionaire who favors half measures and false solutions because he’s more interested in protecting his friends in the C Suite than he is in stopping climate change.”

Bloomberg’s recent decision to position away from the so-called Green Energy Deal could make him a pariah among some activists. “You have to have realistic things; we are not overnight going to change everything we do,” he said in late January. “People aren’t going to overnight give up their jobs if those jobs happen not to be on the side of the Green New Deal.” 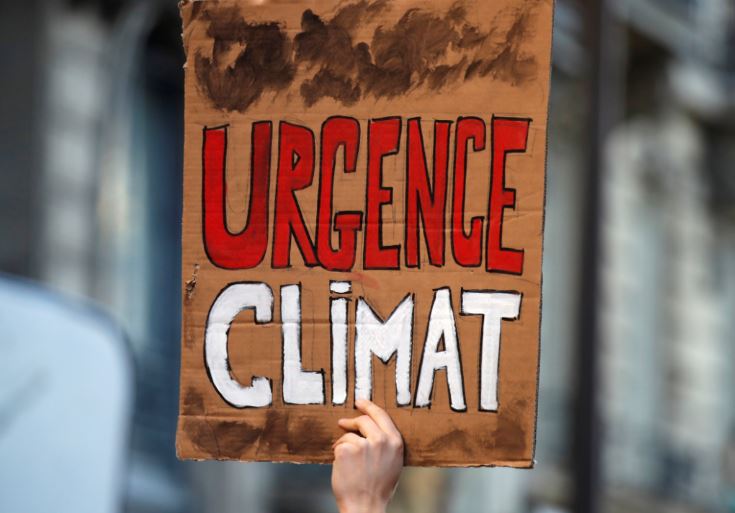 Youths demonstrate for climate change during the “Fridays for Future” school strike, in front of the Ecology Ministry in Paris, France, February 15, 2019. REUTERS/Charles Platiau

The Green New Deal was rolled out by Democratic Rep. Alexandria Ocasio-Cortez on Feb. 7 and calls for a “10-year national mobilizations” toward a series of goals aimed at fighting global warming. A fact sheet posted online at the time claimed the plan would “mobilize every aspect of American society.” Ocasio-Cortez originally set out to eradicate fossil fuels within a decade.

Ocasio-Cortez’s office provided NPR the Green New Deal resolution and its accompanying FAQ document that laid out its goals, namely to “[m]ove America to 100% clean and renewable energy” within 10 years. The FAQ document dump turned into a millstone around Democrat’s proverbial necks. (RELATED: Does Ocasio-Cortez’s Green New Deal Outlaw Every Building In The Country)