Tesla’s general counsel Dane Butswinkas is leaving his post in the electric car company after just two months on the job, Reuters reported.

The former general counsel is one of dozens of top Tesla executives to leave the company in the past two years, according to Reuters Wednesday.

Butswinkas is leaving the company to take up his former role as Tesla’s outside counsel at the law firm Williams & Connolly. Tesla legal department vice president Jonathan Chang will replace Butswinkas.

Butswinkas joined Tesla in December as the company sought to negotiate a settlement with the U.S. Securities and Exchange Commission after CEO Elon Musk announced he planned to take the company private at $420 a share, a claim he later walked back. (RELATED: Here’s How Elon Musk Landed Himself And Tesla In The Fed’s Doghouse)

Musk agreed to pay a fine of $20 million and step down as chairman of Tesla for three years at the end of the legal battle between himself, Tesla and the federal government. The settlement called for the company to pay out $20 million, as well. The $40 million penalty will be distributed to Tesla shareholders impacted by Musk’s announcement.

The high turnover and federal investigation hit the company as Musk continues to ramp up production of the Tesla Model 3 sedan. The CEO is striving to lead the electric car manufacturer to what would be its first annual profit ever. 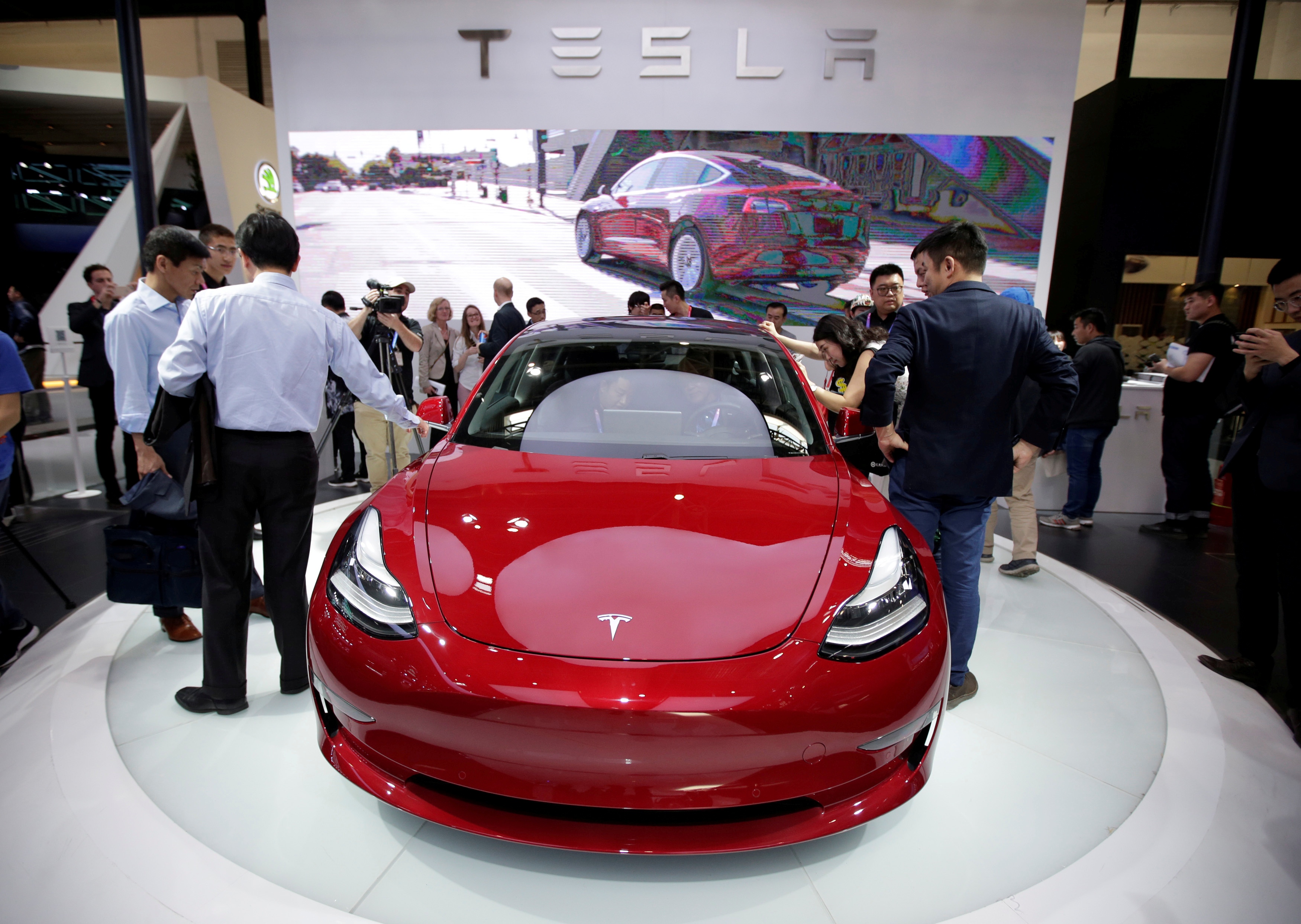 A Tesla Model 3 car is displayed during a media preview at the Auto China 2018 motor show in Beijing, China, April 25, 2018. REUTERS/Jason Lee

Butswinkas’s departure came alongside a Wednesday announcement by Musk that his company would be producing self-driving cars within the next year.

“I think we will be ‘feature complete’ on full self-driving this year, meaning the car will be able to find you in a parking lot, pick you up, take you all the way to your destination without an intervention this year,” Musk told ARK Invest’s Cathie Wood and Tasha Keeney. “I am certain of that. That is not a question mark.”