PETA took a beating on Twitter Friday after the animal rights group trash-talked well-known conservationist and “Crocodile Hunter” Steve Irwin — on what would have been his 57th birthday.

It all started with a Google Doodle, presented in honor of Irwin’s birthday. (RELATED: Steve Irwin To Receive Star On Hollywood Walk Of Fame)

Crikey! Today’s #GoogleDoodle celebrates Steve Irwin’s legacy with a look into his journey as a zookeeper, conservationist and father → https://t.co/ReUFNq31Dl pic.twitter.com/K8hQtwF3FN

PETA responded by attacking Google for “fawning” over Irwin — and appeared to suggest that he deserved to die because he was “harassing a ray” at the time. (RELATED: PETA Killed More Than 1,800 Cats And Dogs In 2017 — Only Got 44 Adopted)

#SteveIrwin was killed while harassing a ray; he dangled his baby while feeding a crocodile & wrestled wild animals who were minding their own business. Today’s #GoogleDoodle sends a dangerous, fawning message. Wild animals are entitled to be left alone in their natural habitats. https://t.co/9JfJiBhGLw

But the animal rights advocacy group didn’t stop there. The next tweet accused Irwin of hypocrisy, claiming, “Steve Irwin’s actions were not on target with his supposed message of protecting wildlife.”

Steve Irwin’s actions were not on target with his supposed message of protecting wildlife. A real wildlife expert & someone who respects animals for the individuals they are leaves them to their own business in their natural homes.

It is harassment to drag exotic animals, including babies taken from their mothers, around from TV talk shows to conferences & force them to perform as Steve Irwin did. Animals deserve to live as they want to, not as humans demand––the #GoogleDoodle should represent that.

It wasn’t long before fans of the life-long conservationist — and son of Australia Zoo founders Bob and Lyn Irwin — fired back.

PETA is an embarrassment to animal rights

50k comments vs 9k likes…..You see @peta this is called getting “ratiod”. Think of it as a measure of stupidity. When you tweet, and the comments stack up 5x faster than “likes”, swallow your pride, delete the tweet, then go contemplate how you became so stupid.

But never mind that he introduced millions of people around the world to animals, many who became animal lovers and advocates ????

I supported @peta with a fixed amount of money every month. 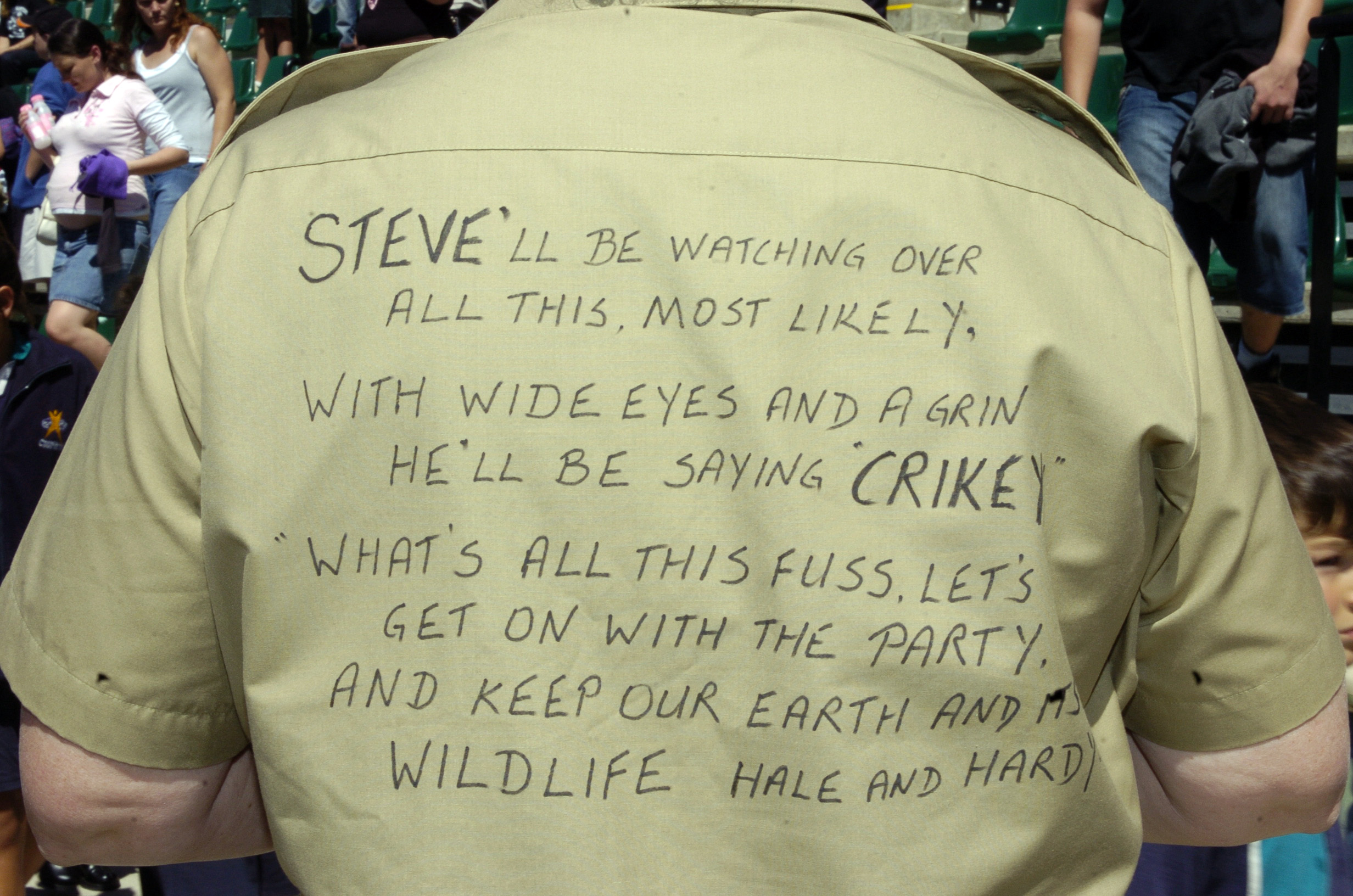 A poem written on the back of a khaki shirt is seen during a memorial service for “Crocodile Hunter” Steve Irwin at Australia Zoo in Beerwah September 20, 2006. REUTERS/Dave Hunt/Pool

Where is your habitat for saving animals? You have a wildlife preserve anywhere? Do you have 1,000’s of acres preserving animals from extinction?

He did more for animals than you ever will.

Another reason why PETA totally suck. Such a terrible organisation (look into it online there are countless stories) I’d like to see your wildlife preserve or your 1,000’s of acres saving animals from extinction? Steve Irwin spent his whole life wanting to save animals https://t.co/WrfpTPbvbP 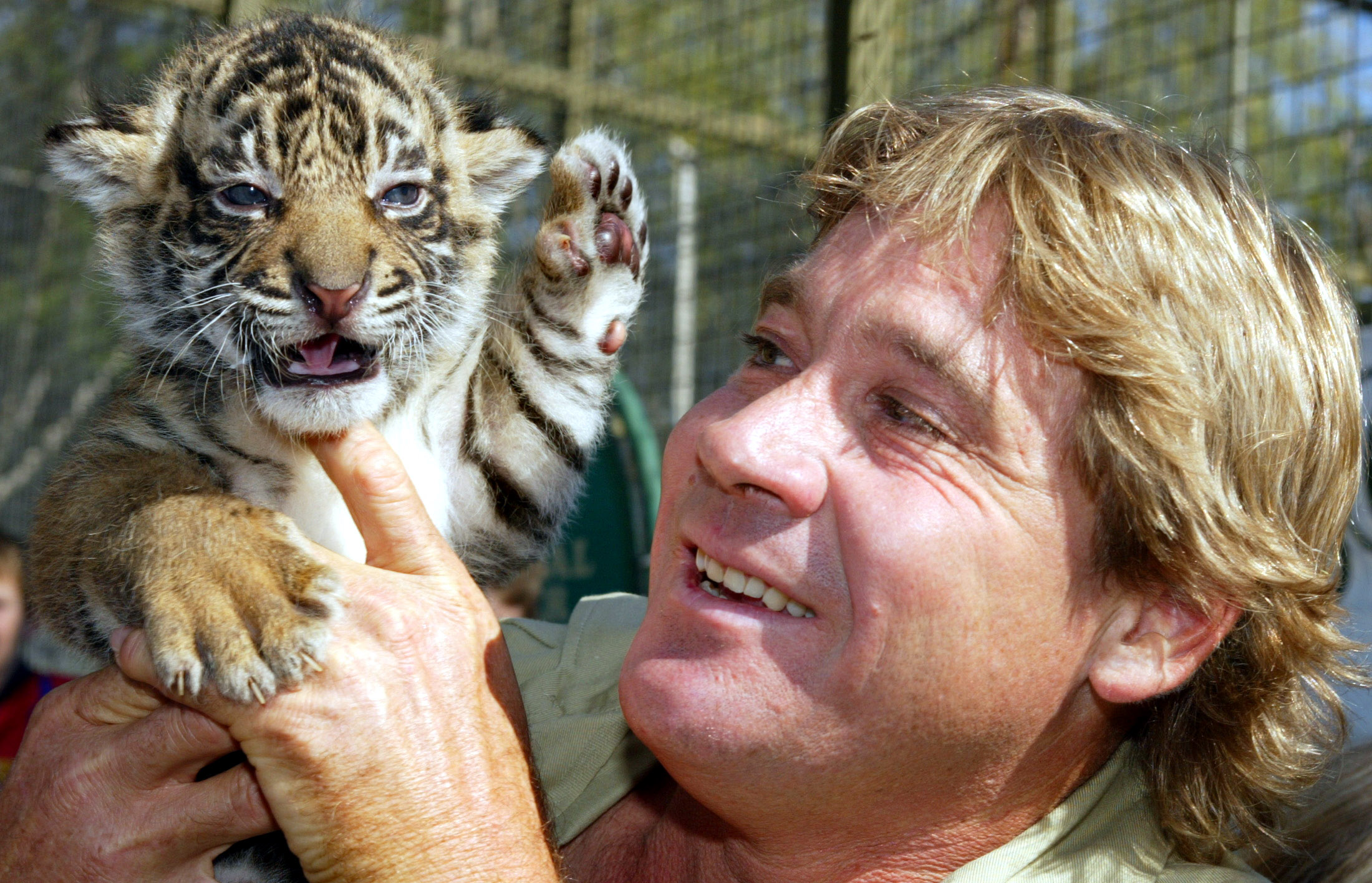 And in addition to dedicating his life to saving animals, some thought that Steve Irwin “really could’ve saved the world.”

Man… I’ve never seen this website mobilize across cultural and political barriers before… until PETA came at Steve Irwin…. that dude really could’ve saved the world. Uniting twitter posthumously is God like.

Australia Zoo, Irwin’s home away from home, appeared to agree.

“The message is simple: love and conserve our wildlife” – Steve Irwin. The greatest Wildlife Warrior to ever live. Together, we can ensure Steve’s legacy lives on for the generations to come.???????? pic.twitter.com/ritnf1Qsg5

The late “Crocodile Hunter” was also memorialized on his birthday by his widow, Terri Irwin, and his two children, Bindi and Robert.

Thank you for all your kind words to remember Steve’s birthday. You can honour his passion to protect crocodiles.https://t.co/HBVyMLkfk5 pic.twitter.com/1NcpwRZfY4

This message goes out to YOU.
Thank you so much for your extraordinary kindness, strength and support, helping us to continue Dad’s legacy.
He dedicated his life to conservation.
To the world, he will always be known as the greatest Wildlife Warrior.
To us, the best Dad. ❤️ pic.twitter.com/UtAFyndX5r

I want to thank you all for your kind birthday wishes for Dad. It warms my heart to see so many people celebrating his life and the difference he made. Together we’ll keep his legacy alive forever ❤️ pic.twitter.com/dUooOGF1Y2

Steve Irwin’s mission of conservation will always live on with his family. This Google Doodle reminds us of that. Happy birthday, Steve!