A top-ranked runner in NCAA women’s track is dominating the competition and setting records one year after competing as a man at the same level.

Telfer is one of the fastest runners in NCAA women’s track and field at any division — not just at the DII level. Telfer’s best time in the 55 meter dash is tied with the third-fastest runner at the women’s DI level.

Telfer previously ran a variety of events for Franklin Pierce’s men’s team, during most of which time he went by the first name Craig, according to school records.

Telfer competed on Franklin Pierce’s men’s team as recently as January 2018, according to published meet results from the Middlebury Winter Classic in Vermont. By that point Telfer had started using the name CeCe, while still competing on the men’s team.

“A male-to-female transgender woman may be small and slight, even if she is not on hormone blockers or taking estrogen. It is important not to overgeneralize. The assumption that all male-bodied people are taller, stronger, and more highly skilled in a sport than all female-bodied people is not accurate,” it continues. 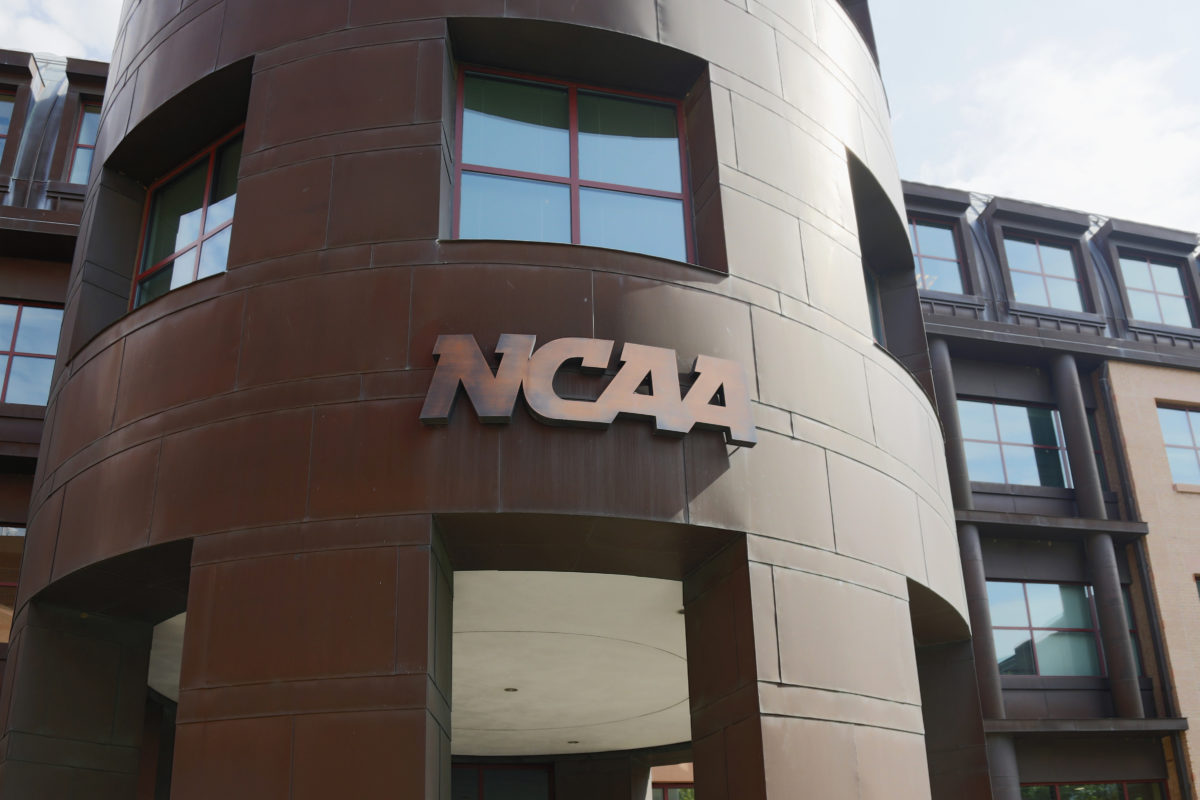 The entrance to the NCAA’s headquarters is seen following an announcement on July 23, 2012 in Indianapolis, Indiana. (Photo by Joe Robbins/Getty Images)

Telfer’s success in the women’s division, which was first highlighted by sports blog Turtleboy Sports, is the latest example of biological males who identify as transgender women piling up victories in women’s sports.

Two biologically male high schoolers in Connecticut, Terry Miller and Andraya Yearwood, are dominating girls’ track in the state. The two teens are among the fastest high school sprinters in the country — though only in the girl’s division.

One of Miller’s and Yearwood’s female competitors, fellow junior Selina Soule, told the Associated Press that it was unfair to force female high schoolers to compete against male athletes.

“We all know the outcome of the race before it even starts; it’s demoralizing,” Soule said. “I fully support and am happy for these athletes for being true to themselves. They should have the right to express themselves in school, but athletics have always had extra rules to keep the competition fair,” she added. 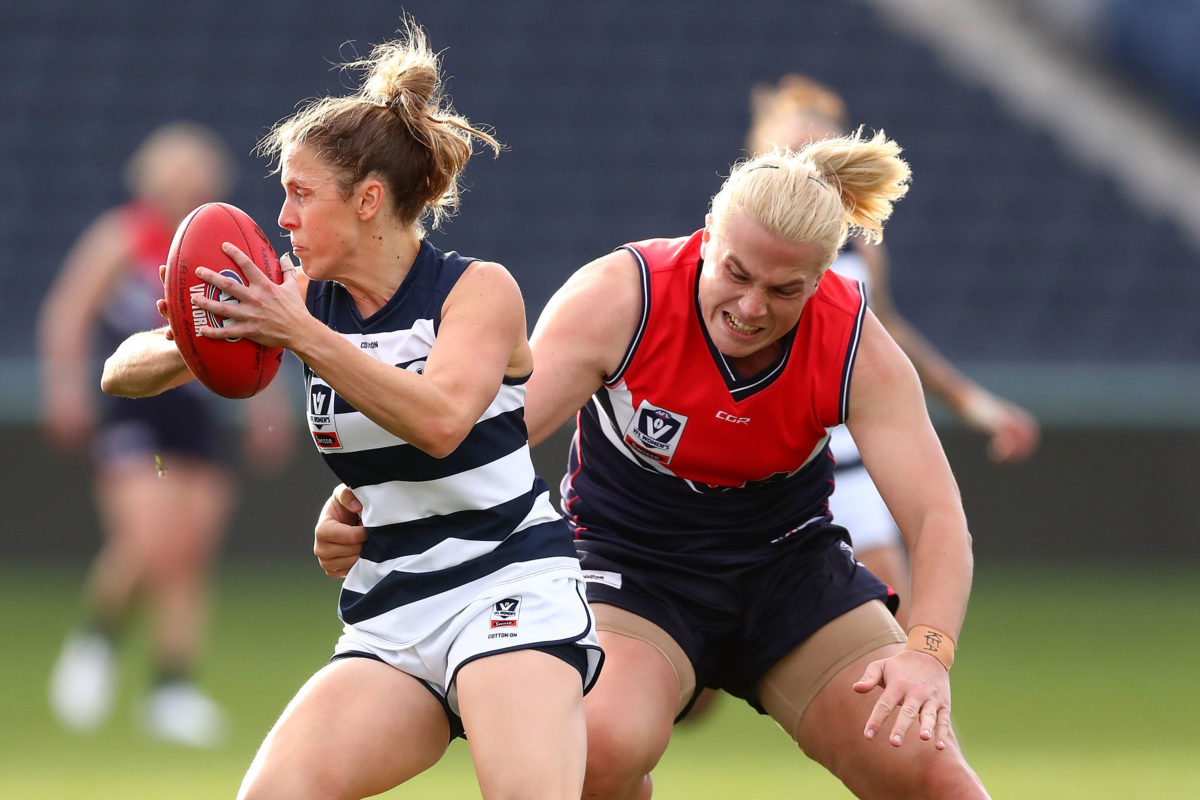 Anna Teague of the Cats is tackled by Hannah Mouncey of the Falcons during the round six VFLW match between Geelong and Darebin at GMHBA Stadium on June 16, 2018 in Geelong, Australia. (Photo by Kelly Defina/AFL Media/Getty Images)

Mouncey abandoned the sport for women’s handball in September 2018, a month after the football league announced tighter restrictions on testosterone levels.

McKinnon in January 2018 was quoted in USA Today arguing against requiring biological males to suppress testosterone as a requirement for competing against women.

“We cannot have a woman legally recognized as a trans woman in society, and not be recognized that way in sports,” McKinnon told USA Today. “Focusing on performance advantage is largely irrelevant because this is a rights issue. We shouldn’t be worried about trans people taking over the Olympics. We should be worried about their fairness and human rights instead.”

Democratic Minnesota Rep. Ilhan Omar called for an investigation into USA Powerlifting in January after the athletic association announced that male lifters who identify as transgender women aren’t allowed to compete as women.

Omar called it a “myth” that men who identify as transgender women have a “direct competitive advantage” in a Jan. 31 letter she sent to USA Powerlifting on behalf of Jaycee Cooper, a male powerlifter in Omar’s district who identifies as a transgender woman.

Omar copied Minnesota Attorney General Keith Ellison on the letter, “with a recommendation that he investigate this discriminatory behavior.”

Ellison said his office didn’t have the jurisdiction to investigate USA Powerlifting, but recommended that Cooper “file a complaint with the Minnesota Department of Human Rights.”