Tensions flared between Nevada Democratic Governor Steve Sisolak and the Trump administration amid an ongoing fight over the Energy Department (DOE) allegedly secretly shipping weapons-grade plutonium into the Silver State.

Energy Secretary Rick Perry responded to those allegations in a letter to Sisolak sent Friday, which was obtained by The Daily Caller News Foundation. Perry’s letter was first reported by The Nevada Independent.

“This allegation is not accurate. Shortly after [the National Nuclear Security Administration] completed its analysis, the Department notified those officials of the shipments and storage decisions and offered briefings about those decisions to them, as well as to several other State, county, and local officials,” Perry wrote to Sisolak.

Perry also included a copy of an August 29th email sent from DOE to Sisolak while he served as Clark County commissioner, informing him of the plutonium shipment and offering briefings. It’s unclear whether or not Sisolak took up the DOE on their offer. Sisolak was elected governor in November 2018 and took office this year.

However, Sisolak’s office maintained Nevada was caught unawares by DOE shipping plutonium into the state. DOE officials first disclosed the shipment, which happened before November 2018, in a January legal filing.

“In the March 1st letter to Gov. Sisolak, the Department of Energy alleges that they notified former Republican Gov. Brian Sandoval and Nevada’s congressional delegation of the ‘shipments and storage decisions,'” Sisolak spokeswoman Helen Kalla said in an emailed statement to TheDCNF. 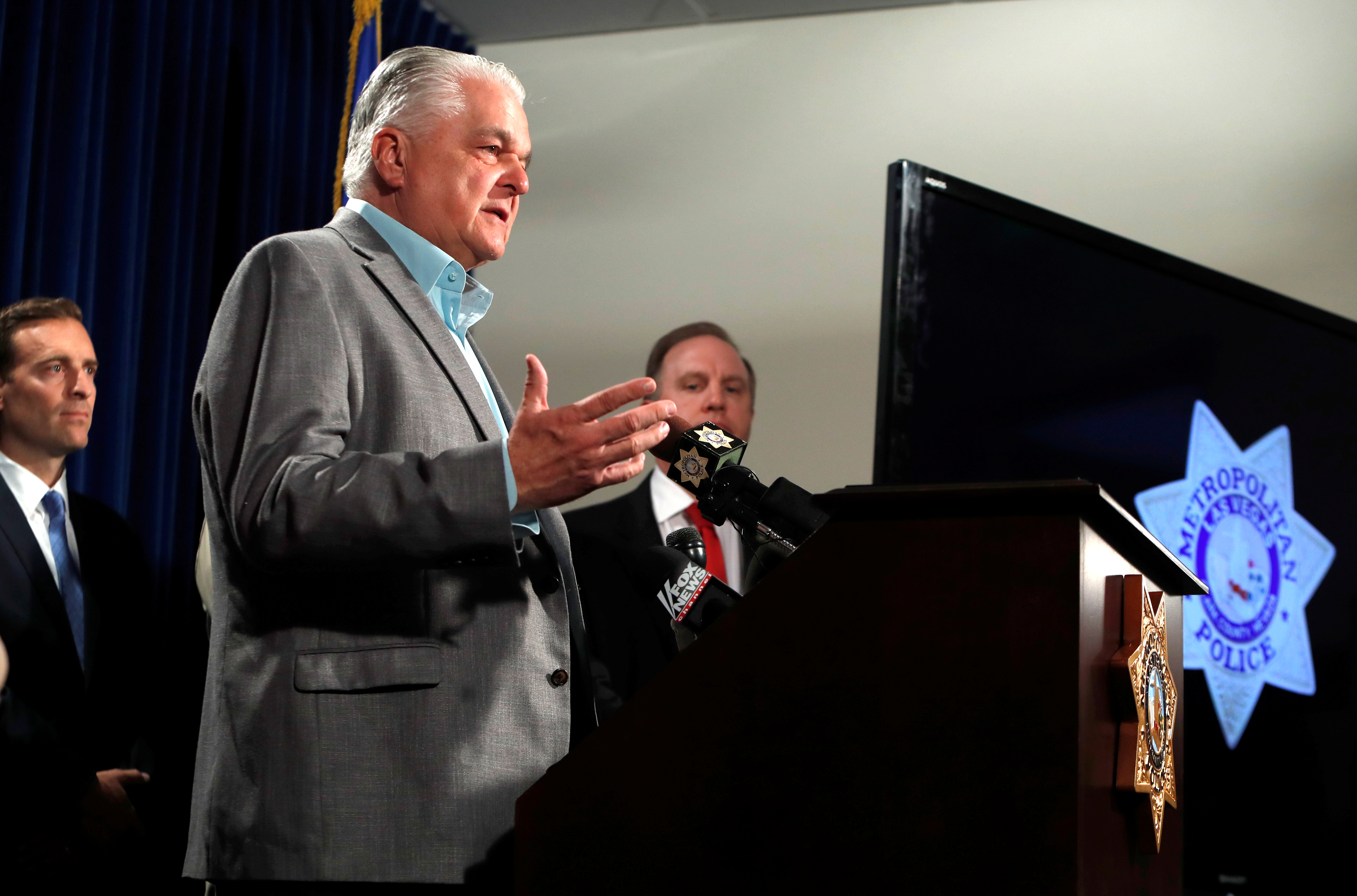 “The governor is confident that, had his predecessor been made aware of actual shipments into the State of Nevada, including a timeline for transport, in August 2018, he would have notified the chairman of Nevada’s most populous county,” Kalla said.

Perry’s office fired back. (RELATED: 2020 Hopeful Jay Inslee Goes National With A Climate Agenda He Failed To Implement In His Own State)

“It is difficult to have a fact-based dialogue when his story keeps changing,” DOE spokeswoman Shaylyn Hynes told TheDCNF. “Nevada officials were notified, including Governor Sisolak and then-Governor Sandoval. Governor Sandoval’s staff was briefed by DOE officials in person.”

Sisolak asked for a separate meeting with President Donald Trump, but White House officials said the governor since being elected in November, has turned down several meetings.

“The governor decided not to meet during the governors meeting in D.C.,” Hynes said. 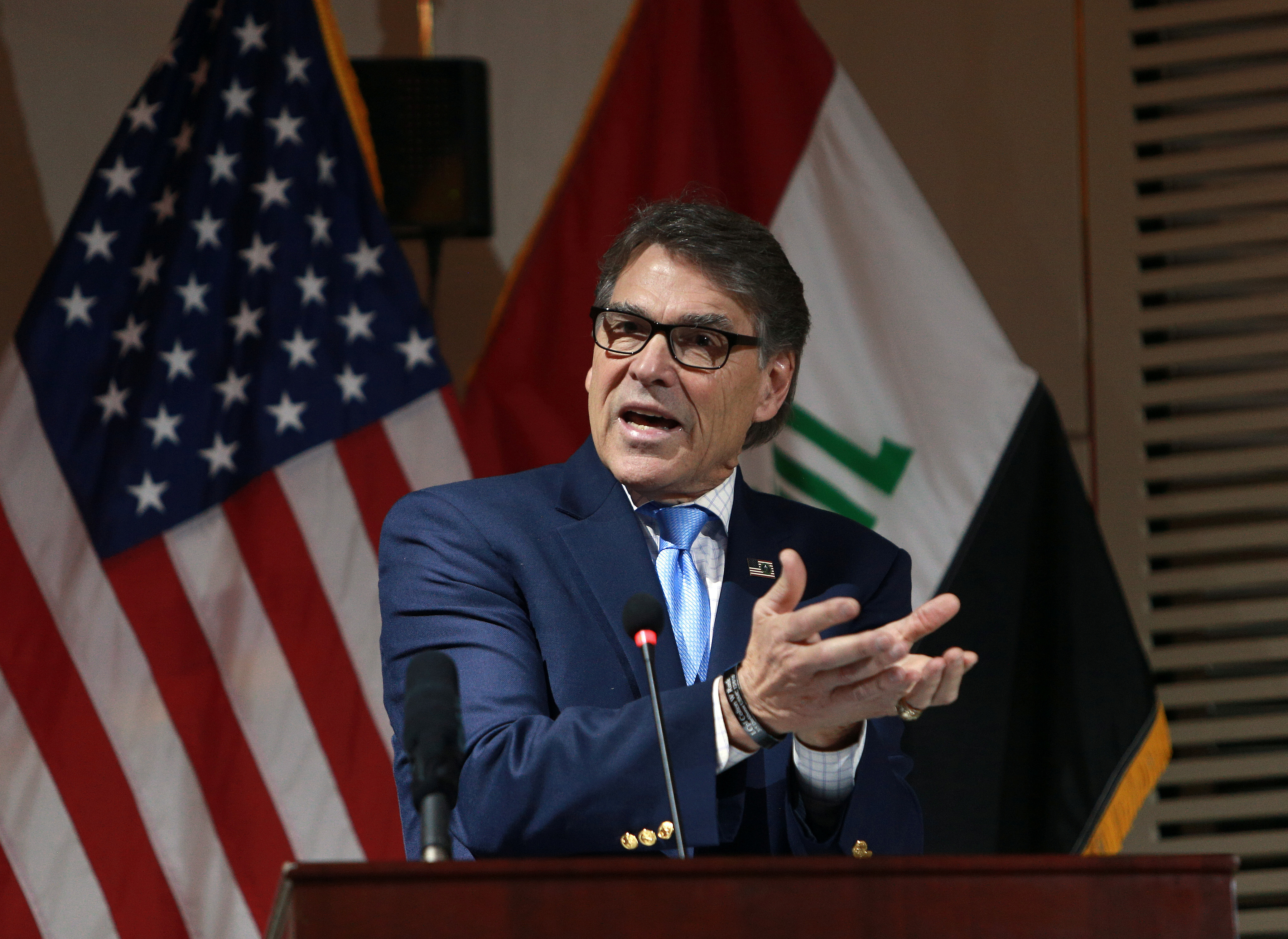 .@SecretaryPerry, stop playing games with Nevada. The truth is @ENERGY didn’t inform the state’s elected officials when the plutonium was being shipped. Start working with @GovSisolak and the state to regain Nevadans’ trust and get this plutonium out of our state. https://t.co/H0vMwCGytt

Update: Former Gov. Sandoval said tonight: “I don’t know what exactly Secretary Perry thinks he said and to whom he thinks he said it. But at no time did he tell me or anyone on my staff that DOE was commencing plutonium shipments to Nevada, or the date of any proposed shipment” https://t.co/ENgNnoKvrh

Things went nuclear between Nevada and the Trump administration when federal lawyers disclosed in a January legal filing it had already shipped weapons-grade plutonium from the MOX facility in South Carolina to a DOE facility about 70 miles north of Las Vegas.

DOE was under court order to remove all plutonium from the MOX facility by 2020. Energy officials said enough time had passed by January that it no longer presented a national security risk to disclose the shipment had already taken place.

Nevada said they began asking DOE officials last year about whether or not plutonium would be headed to their state. Nevadans have long battled the federal government over storing nuclear waste and materials, most famously against opening Yucca Mountain.

Under Republican Governor Sandoval, Nevada sued the Trump administration to block the plutonium shipment. However, DOE officials said they shipped the plutonium before November 2018.

When news broke, Sisolak called it “unacceptable deception” that DOE had already shipped plutonium into Nevada, which showed “reckless disregard” for public safety.

“They lied to the state of Nevada, misled a federal court and jeopardized the safety of Nevada’s families and environment,” Sisolak said in January.

But Perry said Sandoval and other states officials were sent similar messages prior to plutonium being shipped. Perry also said he and Trump “regrets” Sisolak opted not to attend White House meetings.

“Notwithstanding this missed opportunity, I want to assure you that appropriate Administration officials stand ready to engage with you in fact-based dialogue about these serious legal and national security matters as soon as you are prepared to take that step,” Perry wrote in his letter.