“It was totally debunked this week, and it will be totally debunked next week,” Nunes, the top Republican on the House Intelligence Committee, said of the dossier in a Fox “Sunday Morning Futures” interview.

Cohen was interviewed in private by the House Intelligence panel last Thursday and will appear for a second round of questioning on Wednesday.

Last Wednesday, Cohen dealt a severe blow to the Democrat-funded dossier by disputing, under oath, one of the document’s key claims.

In the 35-page report, former British spy Christopher Steele claimed that Cohen visited Prague in August 2016 to meet with Kremlin officials as part of a conspiracy to release emails hacked from Democrats in order to influence the 2016 campaign. (RELATED: Michael Cohen Puts Dagger In The Heart Of The Steele Dossier)

Cohen shot down the allegation at the hearing. 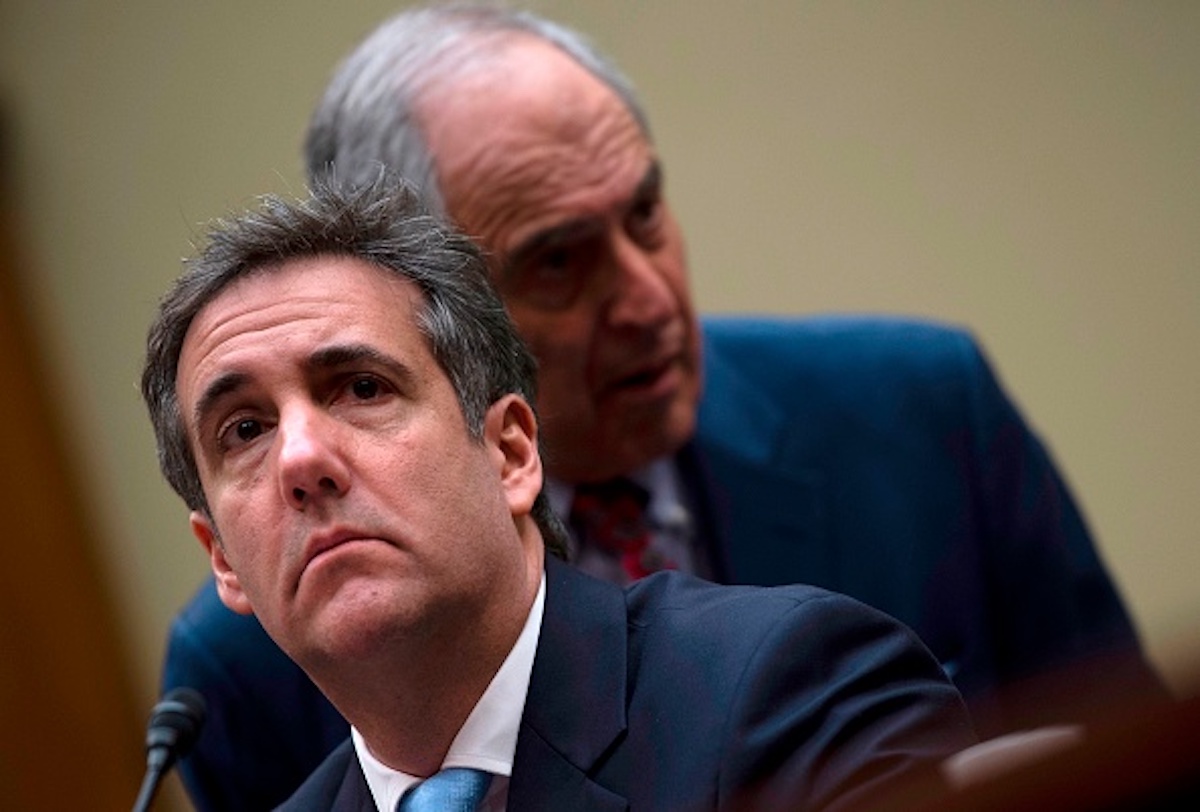 Michael Cohen looks on as his lawyer Lanny Davis walks behind him as he testifies before the House Oversight and Reform Committee in the Rayburn House Office Building on Capitol Hill in Washington, DC on February 27, 2019. (ANDREW CABALLERO-REYNOLDS/AFP/Getty Images)

Cohen also testified that he saw no evidence that Donald Trump colluded with Russians.

“No collusion, my conspiracy, no obstruction.”

Cohen also poured cold water on the dossier’s salacious allegation that the Russian government is blackmailing President Trump with a video tape of him with prostitutes in a Moscow hotel room in 2013.

“I have no reason to believe a tape exists,” Cohen testified on Wednesday.

Cohen, who will begin serving a three-year prison term on May 6, will appear for a second closed-door interview with the House Intelligence Committee on Wednesday. He testified before the committee on Thursday, and appeared behind closed doors for a session with the Senate Select Committee on Intelligence last Tuesday.

“This is why they don’t want him outside. They want him behind closed doors so that we can’t talk about the testimony,” Nunes said.