The deal, announced Tuesday afternoon, provides that the Commission will close an ongoing anti-discrimination probe of Phillips’s Masterpiece Cakeshop if Phillips withdraws a federal lawsuit alleging state officials were subjecting him to a concerted campaign of harassment.

“After careful consideration of the facts, both sides agreed it was not in anyone’s best interest to move forward with these cases,” Colorado Attorney General Phil Weiser said in a statement. “The larger constitutional issues might well be decided down the road, but these cases will not be the vehicle for resolving them.”

The Supreme Court found that the Commission’s first action against Phillips was infected with anti-religious animus. The June 2018 judgment was 7-2. The case arose when Phillips refused to create a custom wedding cake for a gay couple, Charlie Craig and David Mullins.

The Court did not decide whether business owners can claim a religious exemption to public accommodations laws, a provocative question that remains unresolved.

The state issued a second probable cause finding against Phillips three weeks after the high court’s ruling. In that instance, a prospective customer called Autumn Scardina filed a complaint after Phillips declined to create a cake celebrating a gender transition, consistent with his beliefs about the immutability of sex.

“We hope that the state is done going along with obvious efforts to harass Jack,” said the Alliance Defending Freedom’s (ADF) Jim Campbell, who represents Phillips. “He shouldn’t be driven out of business just because some people disagree with his religious beliefs and his desire to live consistently with them.”

Though the state’s case is now closed, the Colorado AG says Scardina can still file a lawsuit against Phillips. Both sides will pay their own attorney’s fees.

ADF said their case was strengthened when they found evidence that the CCRC failed to heed the Supreme Court’s 2018 decision. Writing for the majority, Justice Anthony Kennedy condemned Commissioner Diann Rice for comparing Phillips’s stated religious objections to defenses of slavery and the holocaust. 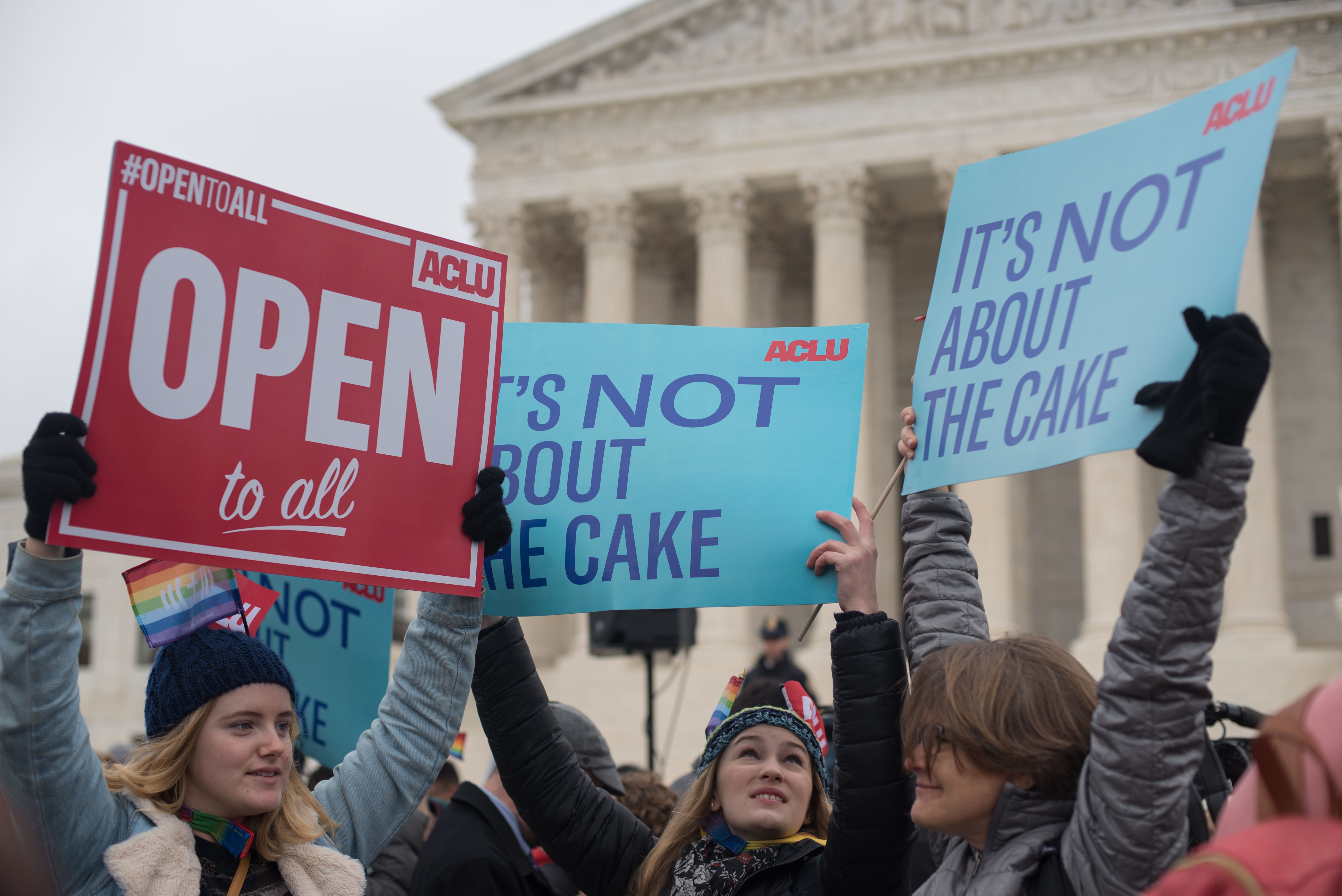 At a commission meeting shortly following the Court’s decision, Commissioners Rita Lewis and Carol Fabrizio expressed support for Rice and her sentiments. ADF only recently became aware of those statements. Lewis and Fabrizio still sit on the Commission.

One Colorado, an advocacy group for LGBT rights, noted the agreement does not affect enforcement of Colorado’s public accommodations law.

“Despite the mutual agreement between the State of Colorado and Masterpiece Cakeshop, the law is still the law. No matter who you are, who you love, or what you believe, Coloradans across our state — including LGBTQ Coloradans and their families — are still protected under Colorado law from discrimination in the areas of employment, housing, and public accommodations,” said executive director Daniel Ramos.