All of them condemned anti-Semitism but also explained that criticizing Israel should not be conflated with anti-Semitism. None of them criticized Omar’s comments either.

Omar ruffled feathers with comments she made last week regarding the “dual loyalty” to Israel that she believes members of Congress are expected to have. Many of her colleagues on both sides of the aisle have condemned her statements, including some members of the Foreign Affairs Committee on which she sits. (RELATED: Omar Facing More Accusations Of Anti-Semitism)

“We have a moral duty to combat hateful ideologies in our own country and around the world — and that includes both anti-Semitism and Islamophobia. In a democracy, we can and should have an open, respectful debate about the Middle East that focuses on policy,” Warren’s statement reads. 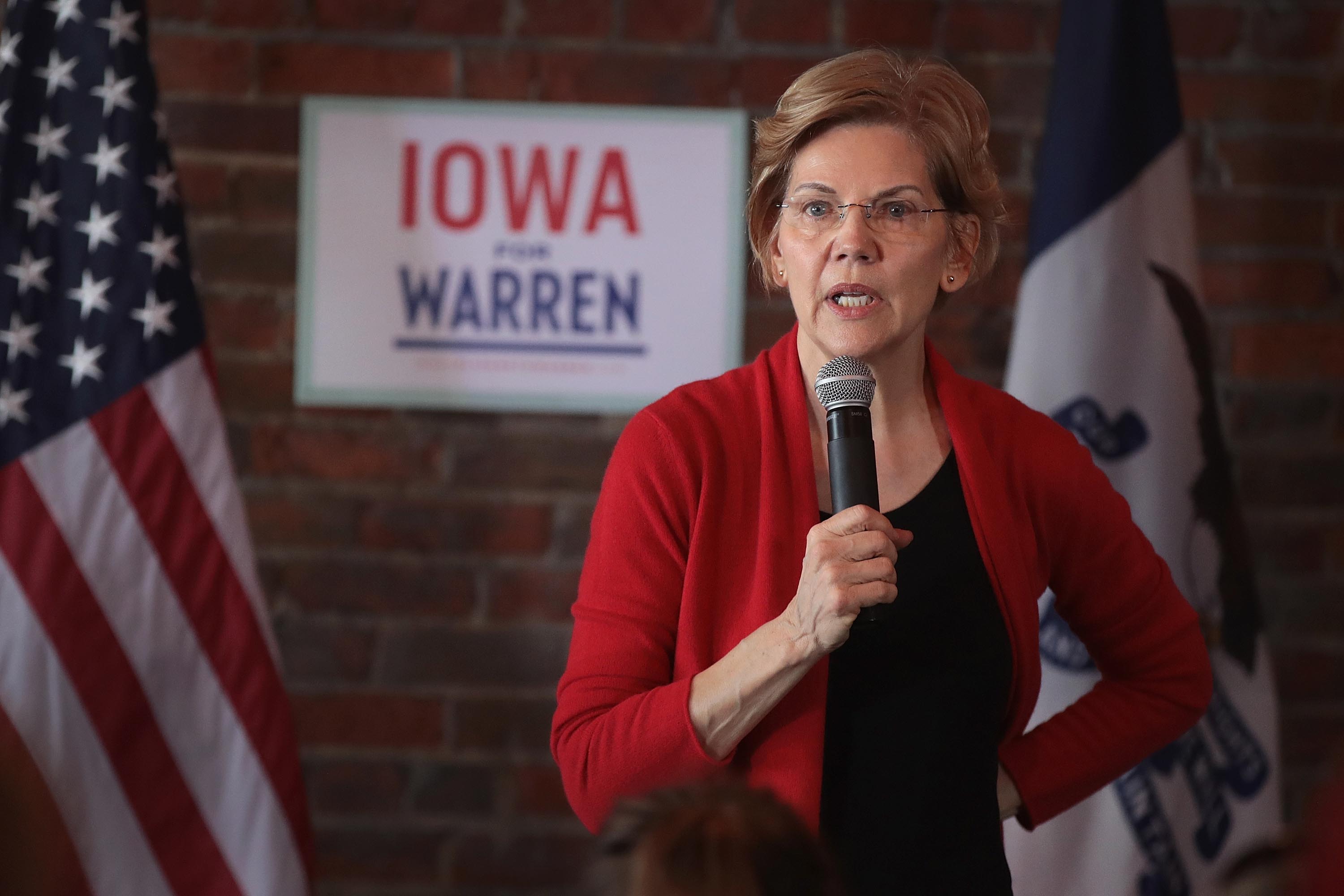 DUBUQUE, IOWA – MARCH 01: Sen. Elizabeth Warren (D-MA) speaks at a campaign rally at the Stone Cliff Winery on March 1, 2019 in Dubuque, Iowa. Warren is campaigning in the state with the hopes of securing the 2020 Democratic presidential nomination. (Photo by Scott Olson/Getty Images)

“Branding criticism of Israel as automatically anti-Semitic has a chilling effect on our public discourse and makes hit harder to achieve a peaceful solution between Israelis and Palestinians,” Warren continued. “Threats of violence — like those made against Rep. Omar — are never acceptable.” (RELATED: ADL Calls For Resolution Condemning Anti-Semitism Following Rep. Omar’s Comments)

Unlike Warren, many Republicans have criticized Omar. Reps. Liz Cheney of Wyoming, Steve Scalise of Louisiana, Guy Reschenthaler of Pennsylvania and Lee Zeldin of New York have called for Omar to be removed from the House Foreign Affairs Committee.

Despite their calls, Committee Chairman Eliot Engel said Tuesday that he was against her removal.

Harris, who spoke at AIPAC previously, released a statement, saying:

We all have a responsibility to speak out against anti-Semitism, Islamophobia, homophobia, transphobia, racism and all forms of hatred and bigotry, especially as we see a spike in hate crimes in America. But like some of my colleagues in the Congressional Black Caucus, I am concerned that the spotlight being put on Congresswoman Omar may put her at risk. We should be having a sound, respectful discussion about policy. You can both support Israel and be loyal to our country. I also believe there is a difference between criticism of policy or political leaders, and anti-Semitism. At the end of the day, we need a two-state solution and a commitment to peace, human rights, and democracy by all leaders in the region — and a commitment by our country to help achieve that.

Democrats decided to push for a resolution condemning anti-Semitism, which was scheduled to take place on Wednesday before being delayed. The text of the resolution did not mention Omar by name and, as of Tuesday night, there were reports that additional language condemning Islamophobia would be added.

“Anti-Semitism is a hateful and dangerous ideology which must be vigorously opposed in the United States and around the world,” Sanders’ statement reads. It continues:

We must not, however, equate anti-Semitism with legitimate criticism of the right-wing, Netanyahu government in Israel. Rather, we must develop an even-handed Middle East policy which brings Israelis and Palestinians together for a lasting peace. What I fear is going on in the House now is an effort to target Congresswoman Omar as a way of stifling that debate. That’s wrong.

The other Democrats who have announced their candidacy have remained silent on the rhetorical firestorm.