Minnesota Democratic Rep. Ilhan Omar heavily criticized former President Barrack Obama for his stance on immigration, saying he was responsible for the “caging of kids” at the U.S.-Mexico border.

In an interview with Politico magazine released Friday, Omar also said Obama’s “hope and change” slogan turned out to be a delusion. Omar said Obama was also responsible for the “droning of countries around the world,” comparing some of his views to those of President Donald Trump.

Omar has faced criticism on numerous occasions for her comments in regard to Israel and Jewish people, causing Democratic members of the House to bring a resolution to the floor, after criticism from Jewish lawmakers, the Anti-Defamation League (ADL) and others.

“Israel has hypnotized the world,” she wrote. Omar said in January she was unaware of the anti-Semitic connotations associated with the word “hypnotized” in relation to Jewish people. She was also accused of anti-Semitic behavior by New York GOP Rep. Lee Zeldin after he received numerous voicemails on his office phone calling him offensive names.

The freshman Democratic congresswoman has also said she “almost chuckle[s]” when Israel is labeled as a “democracy,” during an interview with Yahoo News in late January. 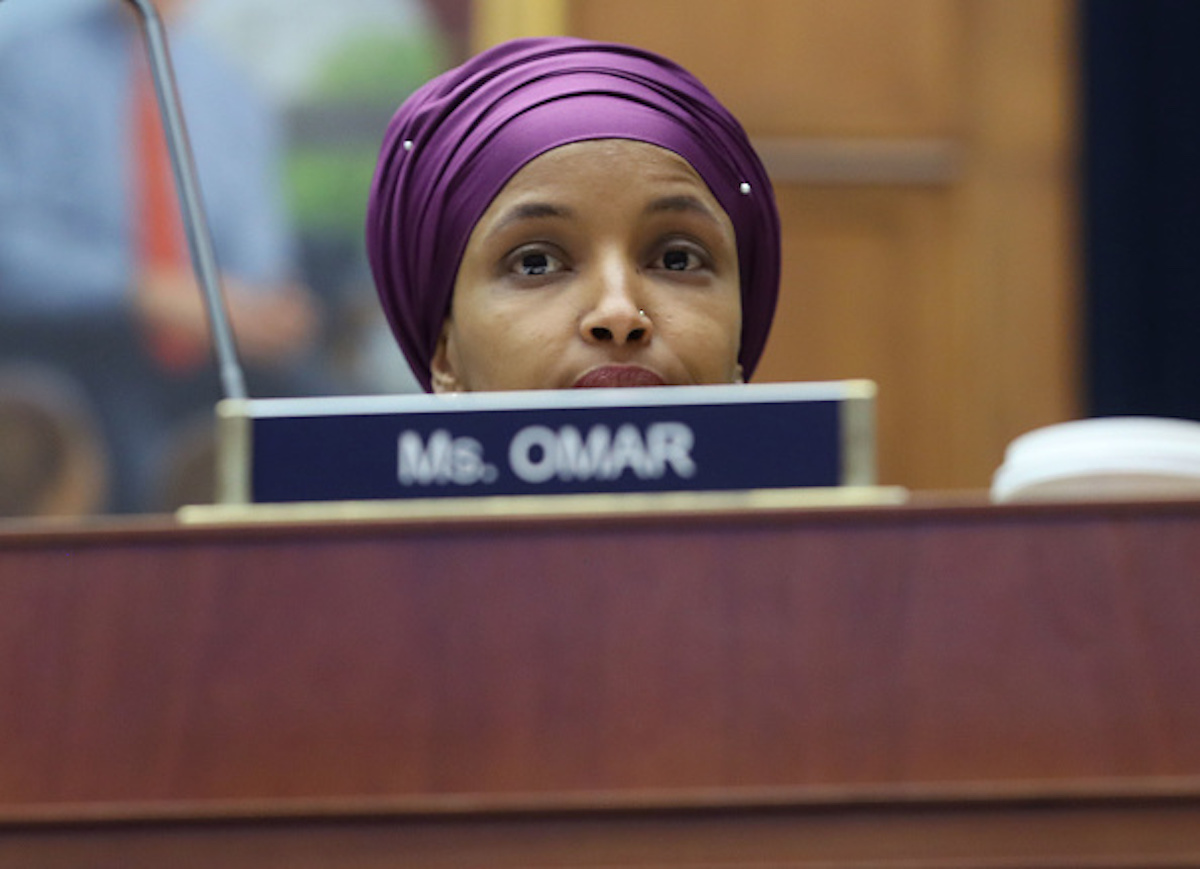 House Speaker Nancy Pelosi reportedly walked out of a meeting with a group of Democrats discussing anti-Semitism Wednesday after facing criticism for not responding to Minnesota Democratic Rep. Ilhan Omar’s comments about Israel. (RELATED: Ilhan Omar Was Asked About Anti-Semitism, She Said Nothing About Jews Or Anti-Semitism)

Omar has yet to apologize for her latest statement about Israel.