House Democratic leaders plan on bringing a resolution to the floor Wednesday after backlash from Jewish lawmakers, the Anti-Defamation League (ADL) and others to Democratic Minnesota Rep. Ilhan Omar’s comments on Israel.

The resolution has not been finalized but will deal with accusations that Omar is anti-Semitic related to her tweets about the American Israel Public Affairs Committee (AIPAC) and Israel itself, reported Politico Monday.

Omar has clashed with numerous top-ranking Democrats on the issue. Democratic New York Rep. Nita Lowey wrote on Twitter Saturday that Omar “continues to mischaracterize support for Israel,” to which Omar responded Sunday that she is “expected to have allegiance” to Israel. Lowey is chair of the House Appropriations Committee.

Today I wrote to @SpeakerPelosi asking for Congressional resolution rejecting #antiSemitic statements like those made by Rep. Omar & making clear that no matter the political party, the House is united in condemning #antiSemitism. Full letter here: https://t.co/Zt1aJAB2lz pic.twitter.com/8aMNzktPKu

“Accusing Jews of having allegiance to a foreign government has long been a vile anti-Semitic slur that has been used to harass, marginalize and persecute the Jewish people for centuries,” Greenblatt wrote Monday.

Greenblatt referenced recent examples of anti-Semitism including the Pittsburgh synagogue shooting, the “deadliest attack on the Jewish community in American history,” in his letter. 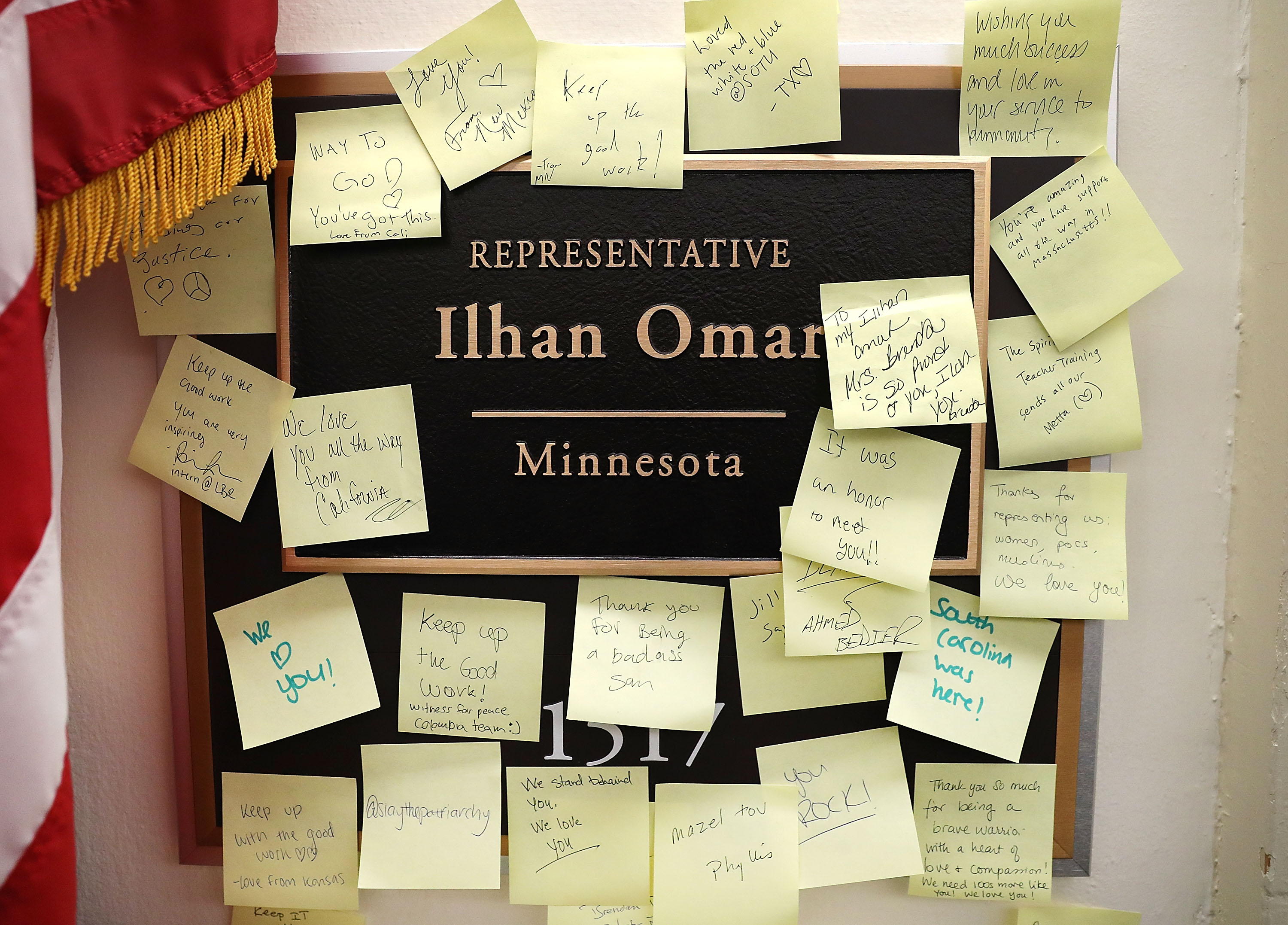 Notes of support are posted on the name plate outside the office of Rep. Ilhan Omar in the Longworth House Office Building on February 11, 2019 in Washington, DC. (Photo by Mark Wilson/Getty Images)

Senior Democratic aide tells #FoxNews:
•Resolution condemning anti-Semitism will be on floor this week
•Resolution was worked on over the weekend by staffs from Pelosi, Hoyer, Engel, Nadler and Deutch.
•Resolution will be on the floor Wednesday.

Much criticism against Omar centers on a now-deleted 2012 tweet which read, “Israel has hypnotized the world, may Allah awaken the people and help them see the evil doings of Israel.”