The National ICE Council issued a scathing letter to President Donald Trump regarding the continuation of “wasteful and dangerous” immigration policies at the U.S.-Mexico border.

“We regretfully write to inform you that in the middle of an immigration crisis on the southern border, your Administration is squandering scarce ICE resources and playing political games with our officers,” the National Immigration and Customs Enforcement Council wrote in a letter sent to Trump on Monday. “To be direct Mr. President — the rhetoric doesn’t match reality and we hope that this letter shows you the complete and total nonsense that is really taking place under the Trump Administration on the southern border.”

Full text of letter sent from National ICE Council president Chris Crane to POTUS yesterday regarding the catch-and-release situation at the border pic.twitter.com/qxt3y49eZ3

The National ICE Council, which is the union for ICE officers, took specific umbrage with the practice of “catch and release,” a policy that essentially forces immigration officials to release detained foreign national into the interior of the U.S.

The letter, signed by ICE Council President Chris Crane, details the extreme frustration ICE officers are experiencing as they are forced to perform a number of banal job duties — such as opening the doors to release immigrants already captured by Border Patrol agents — that keep them from their stated goals of catching criminals and searching local prisons for illegal aliens.

“The southern border is facing a legitimate humanitarian and national security crisis with an unprecedented surge in the number of aliens encountered or otherwise attempting illegal crossings,” a Department of Homeland Security (DHS) spokesperson stated to The Daily Caller News Foundation. “We have repeatedly sounded the alarm with Congress as resources are being stretched across DHS as agencies work to contain this historic surge. ICE and CBP are fully engaged on a coordinated response and continue to update Congress on the challenges faced by our agents and officers at the border.”

Trump, for his part, has made curbing illegal immigration a hallmark of his presidency. The 45th president has declared a national emergency on the U.S.-Mexico border, allowing him to allocate $8 billion in spending for wall construction, and his administration has implemented “extreme vetting” procedures for visa applicants.

The president has also worked to rein in catch-and-release. 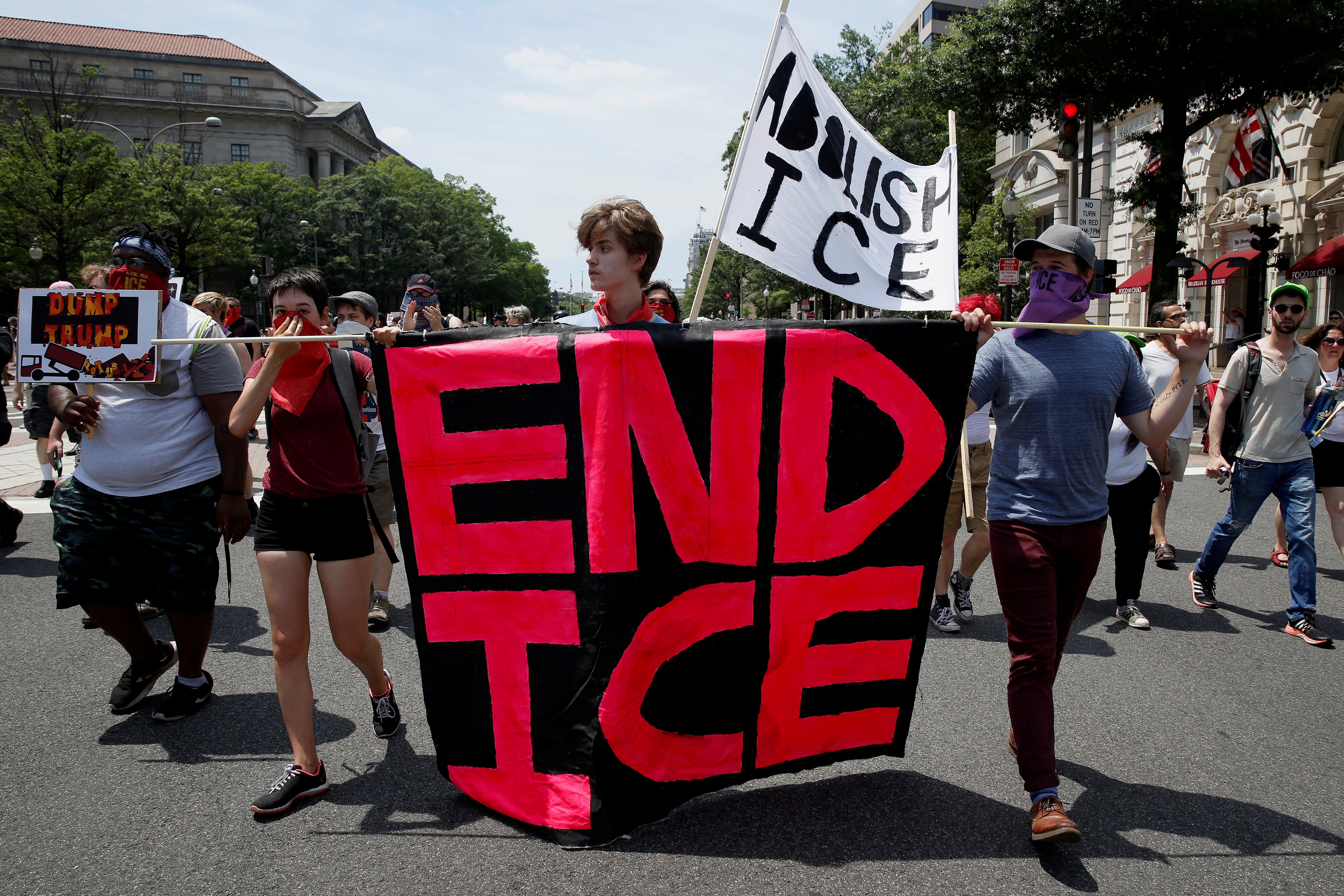 Trump implemented a “Remain in Mexico” policy in December 2018 that bars foreign nationals who seek asylum at the southern border from entering the U.S., and instead must stay in Mexico while their asylum case makes it way through the immigration courts. While it’s currently only confined to the San Ysidro border in California, the administration is working to expand the policy to more areas. (RELATED: A Huge Reduction In Troops At The Border Could Happen Quickly)

However, much like with the president’s emergency declaration, immigration and other progressive activists are trying to block Trump’s “Remain in Mexico” policy in court.

The president’s efforts to curb catch-and-release come at a time when the Democratic Party has adopted extremely hostile positions against ICE. A growing number of Democratic lawmakers — including presidential candidates — have called for ICE to be defunded or abolished altogether.

Nevertheless, the National ICE Council says more must be done.

“You don’t like ‘fake news’ and neither do our officers, so instead let’s provide transparency, tell Americans the truth, and stop this nonsense and these wasteful and dangerous policies now,” its letter concluded.

Update: This article has been updated to include a statement from the Department of Homeland Security.