Presidential candidate and former Democratic Texas Rep. Beto O’Rourke expressed his concern during a Thursday rally in Iowa that people in rural parts of the United States cannot get on the online dating app Tinder to find “that special person.”

“I want people to have the luxury to be able to contribute to their community, to coach their kid’s teams,” O’Rourke began. “Paying a living wage I think is part of that. And then especially in rural communities, in rural America, the federal government, the rest of the country needs to form partnerships—partnerships that mean that each side is going to give a little to get something greater than either could achieve on their own. In Texas, we have a problem with broadband in rural communities.”

“You may have that in Iowa, as well, where farmers and ranchers and producers literally cannot get online, where people cannot start businesses in their hometown or finish their education after high school because they can’t get online,” he continued. “They can’t go to Tinder and find a date tonight to find that special person who will make the difference in their lives.” (RELATED: Report Says Tinder To Blame For Rise In STDs) 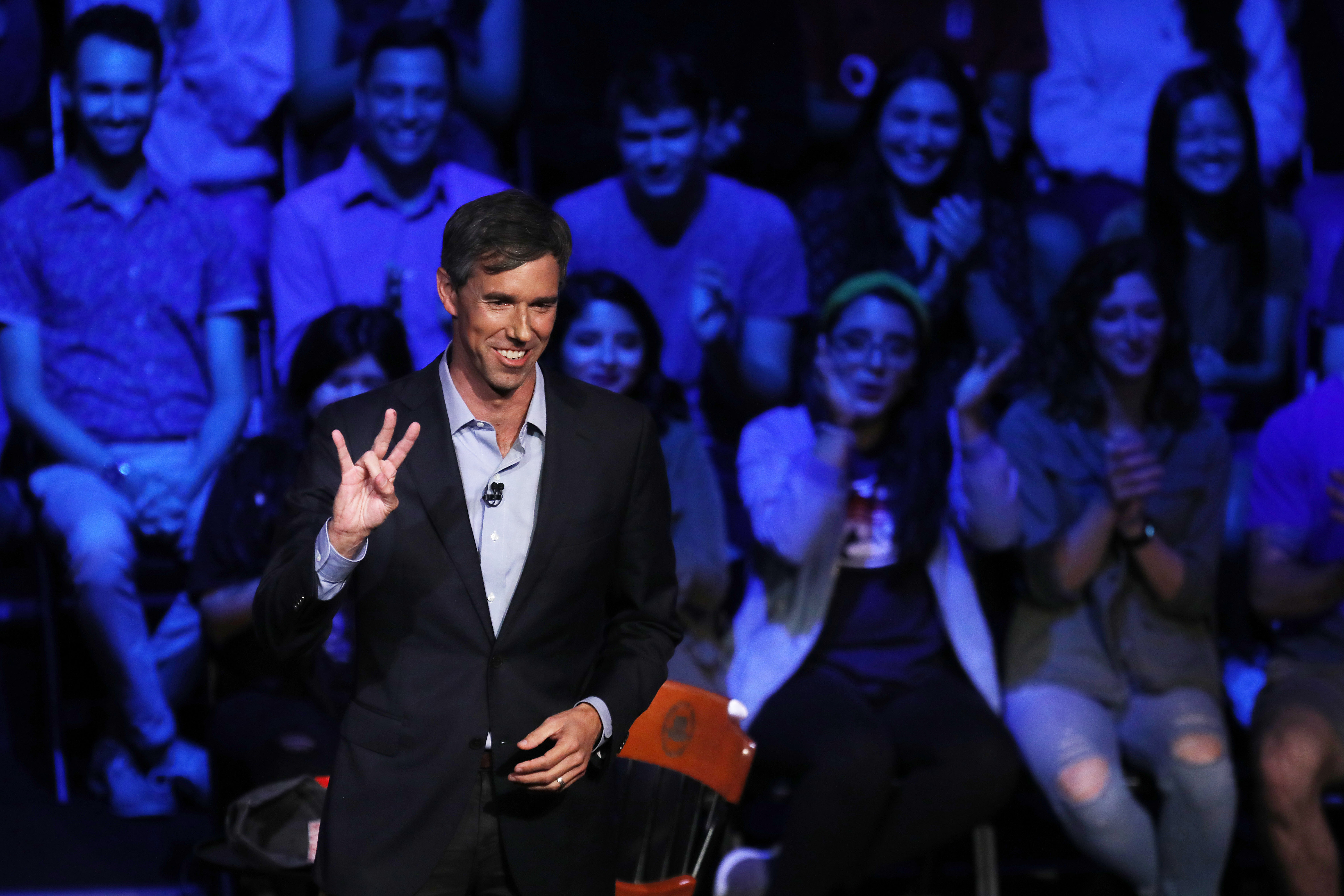 O’Rourke also discussed packing the Supreme Court with Democrats during the rally, and compared climate change activists to the troops that stormed the beaches of Normandy during World War II.

After months of speculation, O’Rourke announced Thursday that he’s running for the 2020 Democratic presidential nomination.