NYU senior Leen Dweik quote-tweeted Omar’s tweet, which reads, “When it comes to the Israeli-Palestinian conflict, we must fight for self-determination, security and people for both peoples. That’s why I support a two-state solution,” adding that she is “very disappointed w[ith] this, two-state is neither viable nor just.” 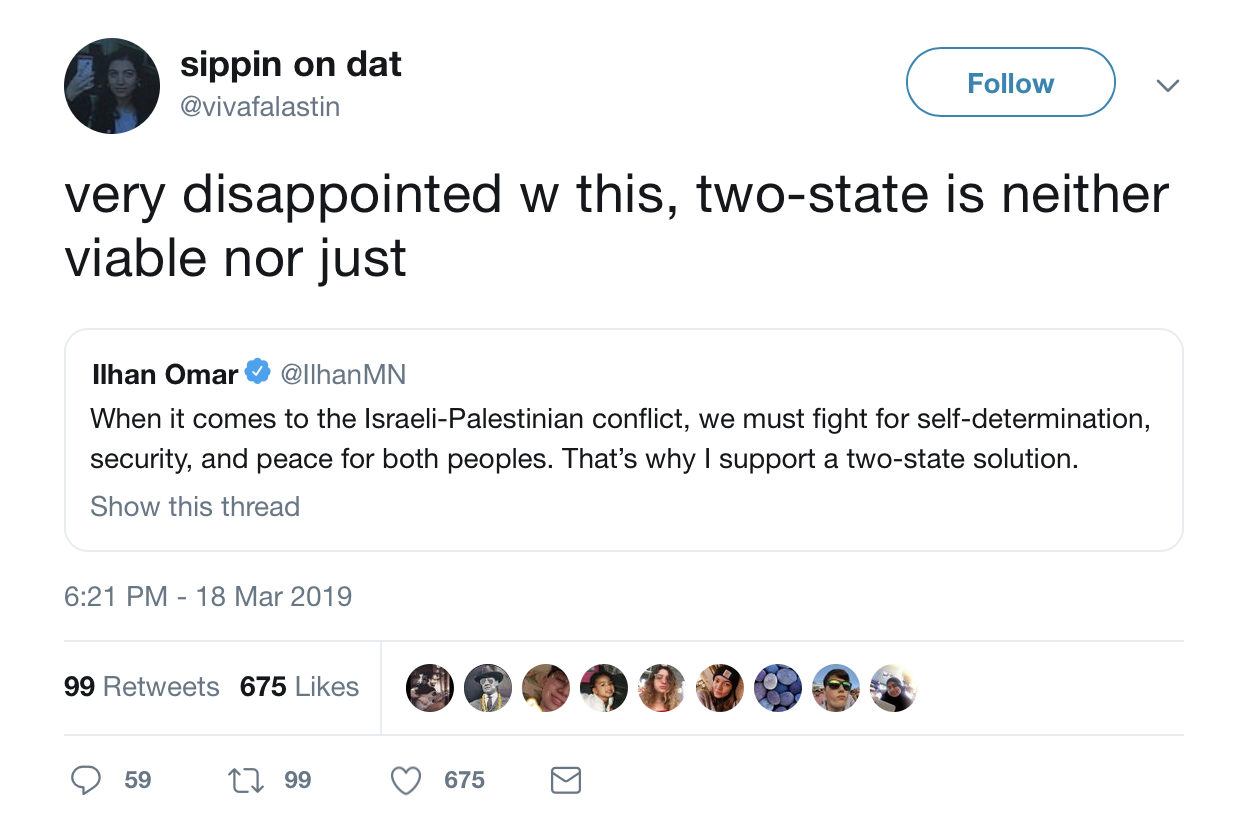 Dweik was one of the activists who confronted Clinton at the school’s vigil for those killed in New Zealand on Friday, claiming that her rhetoric toward Omar led to the attack. Dweik’s criticism of Clinton was in response to the comments Clinton made against Omar last month after the Minnesota congresswoman accused the pro-Israel lobbying group American Israel Public Affairs Committee (AIPAC) of buying pro-Israel support.

Clinton tweeted to Omar in response to the accusation, saying, “Co-signed as an American. We should expect all elected officials, regardless of party, and all public figures to not traffic in anti-Semitism.” (RELATED: House Overwhelmingly Approves Motion To Condemn Anti-Semitism Amid Omar Fallout)

Omar’s comments were widely criticized by members of both political parties, and she eventually apologized and deleted the tweet.

1
Andrew Cuomo's Nursing Home Order Deleted From New York Health Department Website
Politics
2
Cuomo Passes The Buck — ‘Obligation Is On The Nursing Home’ To Refuse His Order To Take COVID-19 Cases
Health
3
SHAFFER: The 6 Facts Americans Were Never Supposed To Know About The Russia Collusion Hoax
Opinion
4
New Video Shows Moments Leading Up To George Floyd Being Pinned On Ground
US
5
‘You Just Gotta Forestall That’: Fauci Says There’s No Safe Way To Distribute Communion At Church
US