A drug-tracking system from the Drug Enforcement Administration (DEA) indicates that a total of 347,807 law enforcement meth seizures were submitted to various labs across the country in 2017, according to a Wall Street Journal report. The number is a 118 percent hike from 2010 submissions.

U.S. meth-related deaths hit 6,762 in 2016, according to the Centers for Disease Control and Prevention. This is approximately 3.5 times the amount in 2011. While specific data beyond 2016 is not currently available, provisional data through July 2018 indicates that meth-related deaths are still climbing.

The flood of meth, a popular synthetic drug that is made in labs, has made it much more affordable for U.S. consumers and inflamed the drug overdose crisis currently plaguing the country.

“Everybody’s biggest fear is what’s it going to look like if meth hits us like fentanyl did,” Jon DeLena of DEA’s New England office said to the Wall Street Journal. Access to fentanyl, a dangerously potent synthetic opioid, has led to mass overdoses across the country. Many fear that the increased trafficking of meth could result in similar death rates.

DEA officials are blaming the situation on Mexican drug cartels, which are more aggressively pushing the drug into the U.S. interior as they attempt to rival South American-made cocaine. The synthetic stimulant is now becoming more prevalent in many regions — such as the U.S. Northeast — where meth was more-or-less scarce. 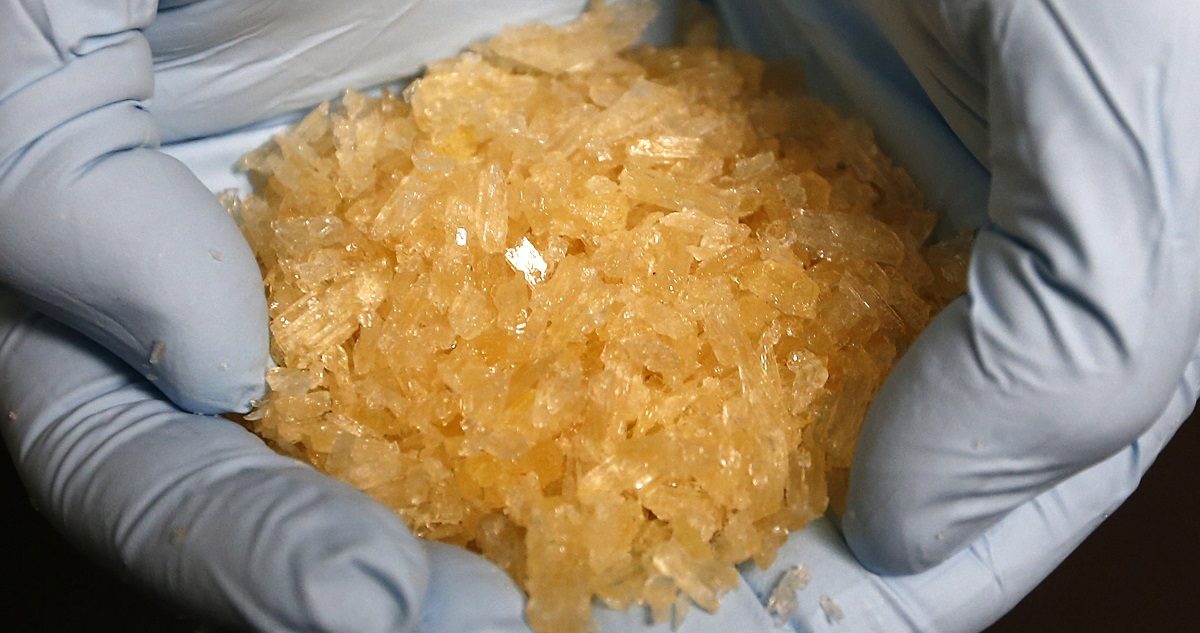 A member of the German Criminal Investigation Division (BKA) displays Crystal Methamphetamine (Crystal Meth) during a news conference at the BKA office in Wiesbaden November 13, 2014. Police found 4 kilograms of Crystal Meth and 2.9 tons of Chlorephedrine, a base substance to produce Crystal Meth, during a police raid in Leipzig on November 5 and November 8, 2014. REUTERS/Ralph Orlowski

Meth production in the U.S. has generally declined in the past 10 years, but this trend has been offset with an increase in supply from Mexico.

Congress allocated just over $1.37 billion to finance 55 miles of border wall in Texas following gridlock between Democratic and Republican lawmakers. Trump accepted that funding in February, but he then declared a national crisis. The president has since requested an additional $8.6. billion for wall construction. (RELATED: Trump To Close Immigration Offices In Other Countries To Save Money)

Trump vetoed a Congressional resolution that disapproved of his emergency declaration — the first veto of his presidency. However, a number of lawsuits are still seeking to block the declaration in court.