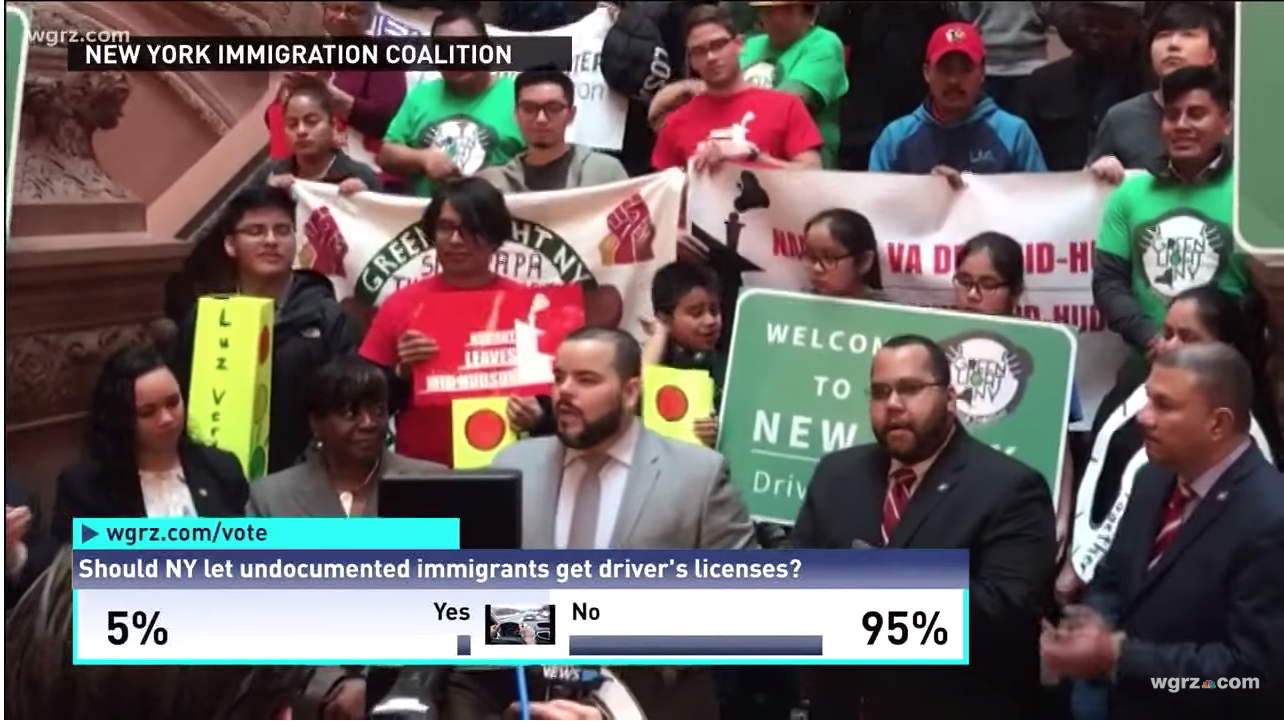 Siena’s numbers were released one month after immigrant advocate groups did another push for driver’s licenses for illegal immigrants now that Democrats have the majority of both chambers in the New York State legislature. (RELATED: Poll: New Yorkers Consider Ocasio-Cortez A Villain In Amazon Pullout By Wide Margins)

In 2017, a bill that would have allowed licenses to illegal immigrants was filed in the lower chamber by Democratic Assemblyman Francisco Moya, but the legislation died in the state Senate, which was controlled by the Republicans at the time.

New York City Comptroller Scott Stringer is an advocate for the measure.

“For many of us, a driver’s license is nothing more than a piece of plastic tucked in between our credit cards, but for undocumented immigrants it means better job opportunities, a safe way to get your child to school, and to the hospital in an emergency – all without fear of deportation during a routine traffic stop,” Stringer said at a rally with Fiscal Policy Institute (FPI) officials in Manhattan last month, according to The New York Post.

Stringer and FPI pointed to reports that showed the state would rack up extra money totaling $9.6 million through additional driver’s license fees. (RELATED: Alexandria Ocasio-Cortez: Illegal Aliens Are ‘My Constituents’)

This Siena College Poll was conducted between March 10-14 by telephone calls conducted in English to 700 New York State registered voters. It has an overall margin of error of +4.2 percentage points.