Former Vice President Joe Biden experienced a four-point bump over his previous standing with potential Democratic challengers should he join the 2020 presidential race, in a Morning Consult poll released Tuesday.

Biden leads with 35 percent of the vote, followed by Independent Sen. Bernie Sanders, who garnered 27 percent of the vote. Sen. Kamala Harris and former Rep. Beto O’Rourke were tied for third place with 8 percent. (RELATED: Biden Claims He Was A Desegregationist Despite Sordid History On Race) 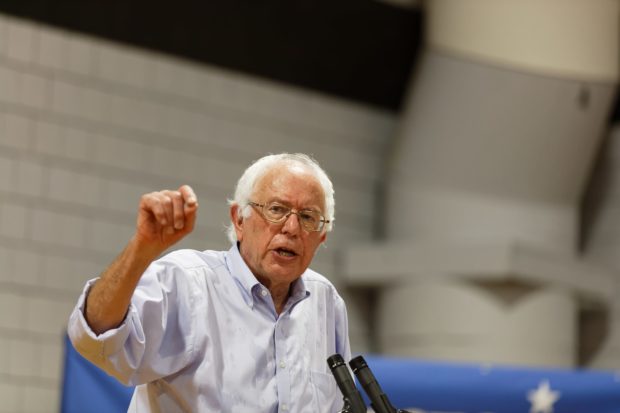 The Morning Consult poll is released each week, and Biden increased his standing by four percentage points. Despite a wide-reaching media and ground campaign, O’Rourke only experienced a 1 percent increase in support in the poll. Harris lost two points in the poll this week.

Biden is not officially in the race, but he appeared to indicate his interest Saturday during a Democratic Party event in Dover, Delaware.

Morning Consult polled 13,551 registered Democrats who self-reported they may vote in a Democratic primary or caucus in their state. The poll ran from March 11 through March 17 and had a margin of error of 1 percentage point in either direction.