Democratic presidential candidate Beto O’Rourke would not sign a pledge presented to him by environmental activists in New Hampshire to not take contributions from coal, gas and oil companies.

Activists with the New Hampshire Youth Movement posted a video on Twitter of O’Rourke declining to sign the group’s “No Fossil Fuel Money” pledge. The pledge asks candidates to reject donations of $200 or greater from fossil fuel companies, executives and affiliated PACs.

“If you had facts on here, I would sign it,” O’Rourke is heard saying on the video taken by activists during a campaign event at Keene State College Tuesday night, “but I… No, I can’t.”

We were really let down by @BetoORourke tonight for not taking
The @NoFossilMoney Pledge.

Young people in NH are looking for leaders that stand with us & not PACs executives or fossil fuel lobbyists #nhpolitics #FITN pic.twitter.com/a17UBjupO4

This is the same pledge O’Rourke signed during the 2018 election cycle, but was removed from the list of signatories when it was discovered he took $430,000 from oil and gas executives. O’Rourke lost his bid to unseat Texas GOP Sen. Ted Cruz in November. (RELATED: Everything You’ve Been Taught About Polar Bears And Global Warming Is Wrong, Book Says)

For reference, this is the pledge we asked him to sign pic.twitter.com/CXSxCVLuKE

Environmentalists are trying to seize on the hype surrounding the Green New Deal to push their anti-fossil fuels pledge. The pledge, administered by a coalition led by the environmental group Oil Change, has been around for years and currently has more than 1,300 signatories.

O’Rourke said he hadn’t “seen anything better” than the Green New Deal to address global warming. Democratic New York Rep. Alexandria Ocasio-Cortez’s resolution calls for a rapid move towards a “net-zero” greenhouse gas emissions economy as well as a host of welfare programs. 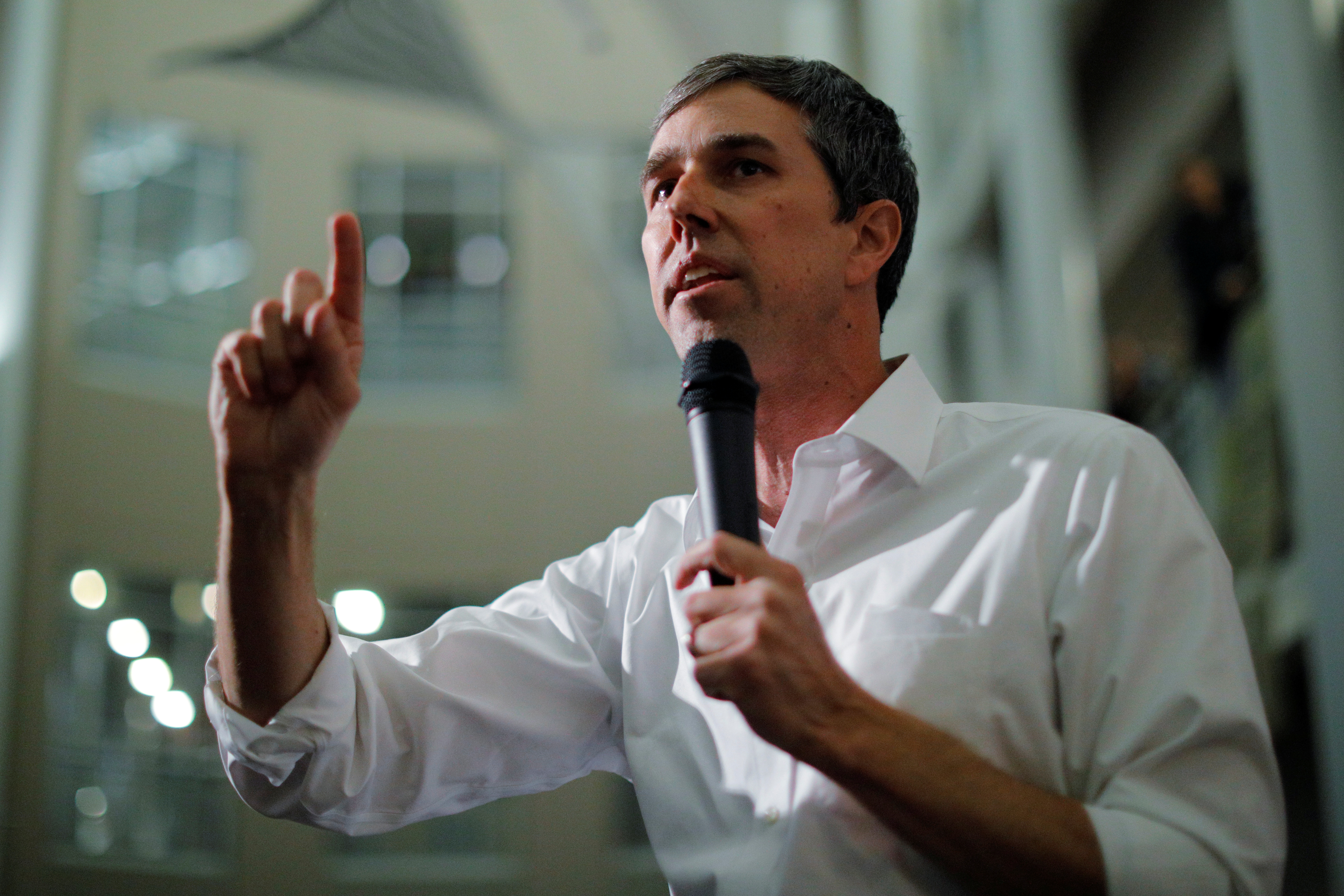 O’Rourke opined at length about climate change at his Keene campaign stop, saying it was “caused by our own excesses and inaction.”

“Not only is it caused by our own excesses and inaction, but it is harming us, taking the lives of our fellow Americans and our fellow human beings all over the world, right now, as we stand together here in New Hampshire,” Beto said Tuesday night, WMUR 9 reported.

Given his remarks, environmentalists were disappointed he didn’t sign the pledge. However, the success rate of “No Fossil Fuel Money” pledge signatories seeking federal office is less than stellar, according to election data.

Of the more than 430 federal office-seekers who signed the “No Fossil Fuel Money Pledge,” only 28 won. Of those 28, 13 were incumbents.