OTTAWA — Ontario Premier Doug Ford praised President Donald Trump’s policies Saturday during an address to the 2019 Manning Networking Conference and said he “couldn’t ask for a better neighbor” than the United States.

Ford, who has been likened to Trump because of his populist politics, told the audience that he doesn’t resent the comparison but would only insist that “I’m Doug Ford,” and Trump “has his hands full” with domestic and foreign policies concerns.

But the premier focused on the positive as he addressed a crowd of 1,500 conservative politicians, activists, businesspeople and opinion leaders.

“Let’s look at the polices. Forget the person. All of a sudden Donald Trump gets elected and he cuts all the regulation, cuts the red tape —  and when you cut the regulations it’s even better than giving a tax cut,  because it gets things moving. He ended up lowering the corporate tax rate from 35 percent down to 21 percent.” (RELATED: 12-T-1: That’s How Many Regulations Trump Reportedly Repealed For Every New One Issued)

Ford said the combination of deregulation and a corporate tax cut has created a “booming” American economy “and in my opinion, when the U.S. is booming, Canada is booming.” He said policies like these create an environment for job creation: “government doesn’t create jobs — when government creates jobs we’re all in trouble:”

Ford noted that if Ontario were a sovereign country, it would be America’s third largest trading partner, producing “$350 billion in two-way trade,” adding, “You couldn’t ask for a better neighbor anywhere in the world than the United States of America.”

If Ford had any criticism of his southern neighbor it was only how so many illegal immigrants are coming across the border.

“No matter where you are in the world, you stand in line. You don’t jump the line, because if you jump the line, all heck breaks loose. That’s what’s happening right now. We have some folks coming over here … they’re landing in LaGuardia [airport] or New York,  they’re hopping on a bus and they’re going to up Lacolle, Quebec and they’re walking across the border,” Ford said. (RELATED: Here’s How Much Canada Is Spending On Illegal Immigrants) 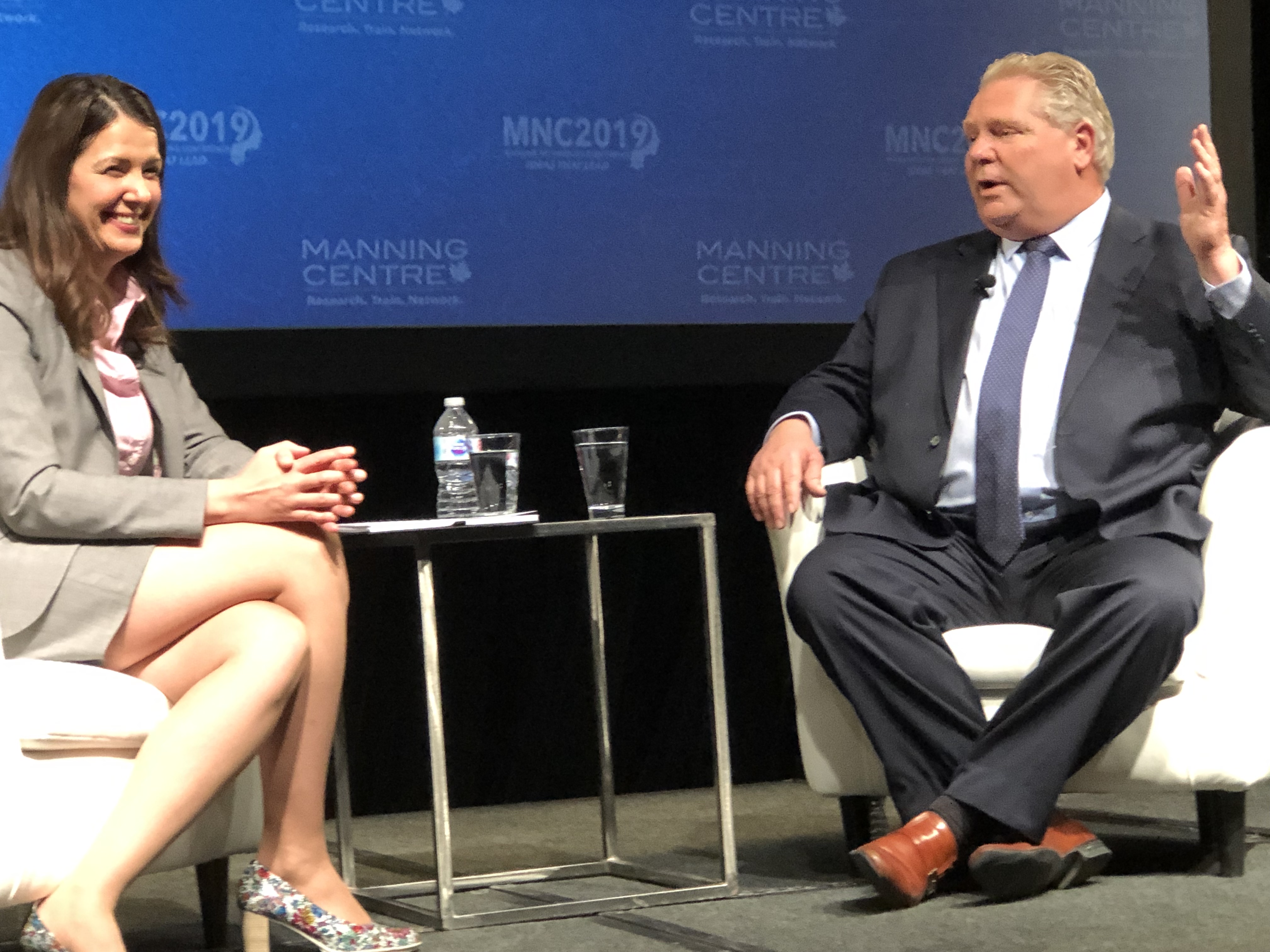 Ford said new Canadians are angry that illegals are queue-jumping and getting free medical care, legal aid and “we’re putting thousands of these people up in hotels.”

Ford also shared his media strategy with an appreciative audience that applauded when he remarked that most media are “far left,” although he said “I like them but it’s like the cheese slipped off the cracker with these guys.”