“Splurging — got the the spicy deluxe *and* nuggs at Chick fil A.”

— Chuck Ross, reporter, Daily Caller News Foundation, bragging about his extra chicken lunch. On Sunday night, he confessed, “I’ll admit it — I’m quite happy that a bunch of bad journalists are mad right now at journalists they’ve hated for the past 2 years.”

Bill Kristol blisses out over three righties hating him

“I awakened this morning to the news that I won the trifecta last night–attacked in tweets by @DonaldJTrumpJr, @seanhannity and @IngrahamAngle. Bliss is it in this dawn to be alive. But to be on Twitter is very heaven!” — Bill Kristol, editor-at-large, The Bulwark. (RELATED: Bill Kristol Acts Like Jerk When His Own Pub Closes)

“Our entire media apparatus is just broken. Lightning fast news cycles, a need for eyes for advertisement, and a reliance on definitive takes quicker than everyone else leads to a repetitive cycle that just kills context and digestion.” — Jared Yates Sexton. His work has appeared in NYT, The New Republic and Salon. He’s a creative writing prof at Georgia Southern University.

“Good morning. The Mueller report has not been publicly released. Don’t crystallize your opinion of a document you have not read.” — Josh Campbell, CNN, former FBI agent and assistant to fired FBI Director James Comey.

SCHIFF (D-Cailf.): “Mueller did not find sufficient evidence to establish conspiracy, notwithstanding Russian offers to help Trump’s campaign, their acceptance, and a litany of concealed interactions with Russia. I trust Mueller’s prosecutorial judgement, but the country must see the evidence.”

CRENSHAW (R-Texas): “You. Have. Been. Exposed. Stop the charade. There was no collusion. You used your unique position on the Intel Cmte to convince the American people that you had access to evidence of collusion. You lied and misled in order to pursue your political agenda. Move on.”

“I hope you all live long enough that the MFA program that rejected you asks you to come speak to their students.” — Lyz Lenz, writer, Columbia Journalism Review.

Confessional II: ‘I love my wife and I want her back’ 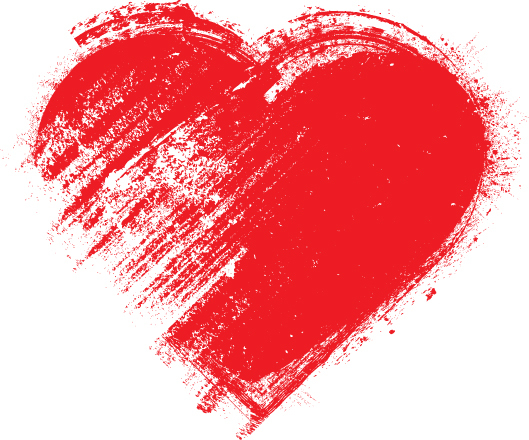 “I don’t know what the Mueller report will say but I do know that I love my wife and I want her back even if that means accepting that she wants to fuck other men.” — Ben Dreyfuss, editorial director, Mother Jones.

Glenn Greenwald, The Intercept: “While standard liberals outlets obediently said whatever they were told by the CIA & FBI, many reporters at right-wing media outlets which are routinely mocked by super-smart liberals as primitive & propagandistic did relentlessly great digging & reporting.”

Glenn Greenwald: “LOL, Ashley! Federalist writers are right-wing idiots – religious even! – who just accidentally got the major story of the last 2 years right while all your super-savvy Brooklyn liberal friends spread conspiratorial trash. Ironic lists & punctuation-free tweets will erase it.”

Ashley Feinberg: “I just wanna know which is your favorite.”

Glenn Greenwald: “This one.” Here.

Glenn Greenwald: “Hard to pick a favorite – and it’s fascinating that this is what you want to talk about now – but this one article, that I picked randomly, contained more truth about this topic than 2 straight years on this topic from MSNBC, TPM and MotherJones combined.”

Michael Tracey, roving journalist, Patreon: “Ashley can’t comprehend that the big mean conservatives provided insights into the central story of the last 2+ years that almost every left-leaning outlet ignored, so instead of engaging with this fact she does the “I’m So Ironically Detached” thing. Sad!”

CNN’s Stelter should really stop talking about the ‘media ecosystem’

He’s nothing if not self-aware. <

“There’s been so much solid reporting about the Trump-Russia mystery, but the media ecosystem tends to reward speculation over straight news. Are there ways to change this?” — Brian Stelter, chief media correspondent, CNN.

David Burge, IowaHawkBlog: “Off hand, I’d say firing CNN staff and banishing all the conspiracy kooks you’ve invited on the air over the last 2 years followed by a groveling public apology, but what do I know I’m just an internet drunk.”

Rob Eno, editor of WTF MSM!? newsletter, Conservative Review: “This newsletter is devoid of one fact. It was @brianstelter himself who led the charge, day after day, week after week, month after month, attacking anyone who painted collusion narrative as a hoax. Which it was. There’s a nice shot at @rachelmaddow but no self-reflection.”

I cringe to link to this, but here’s the newsletter.

Rep. Omar gets complimented on her beautiful skin. “So, Ilhan Omar is awful obviously… but holy shit… did you all know she’s 37? I just learned that when I was writing up the speech. I thought she was like 27. Terrible person… but obviously has a great skin care regime.” — Cassandra Fairbanks, reporter, The Gateway Pundit. In other Cassandra news… on Sunday she tweet-asked, “Can you still tell people to eat shit on here or am I going to get banned?”

WTF?! This could get Sen. Lindsey Graham (R-S.C.)…. in serious hot water with Trump. Here. 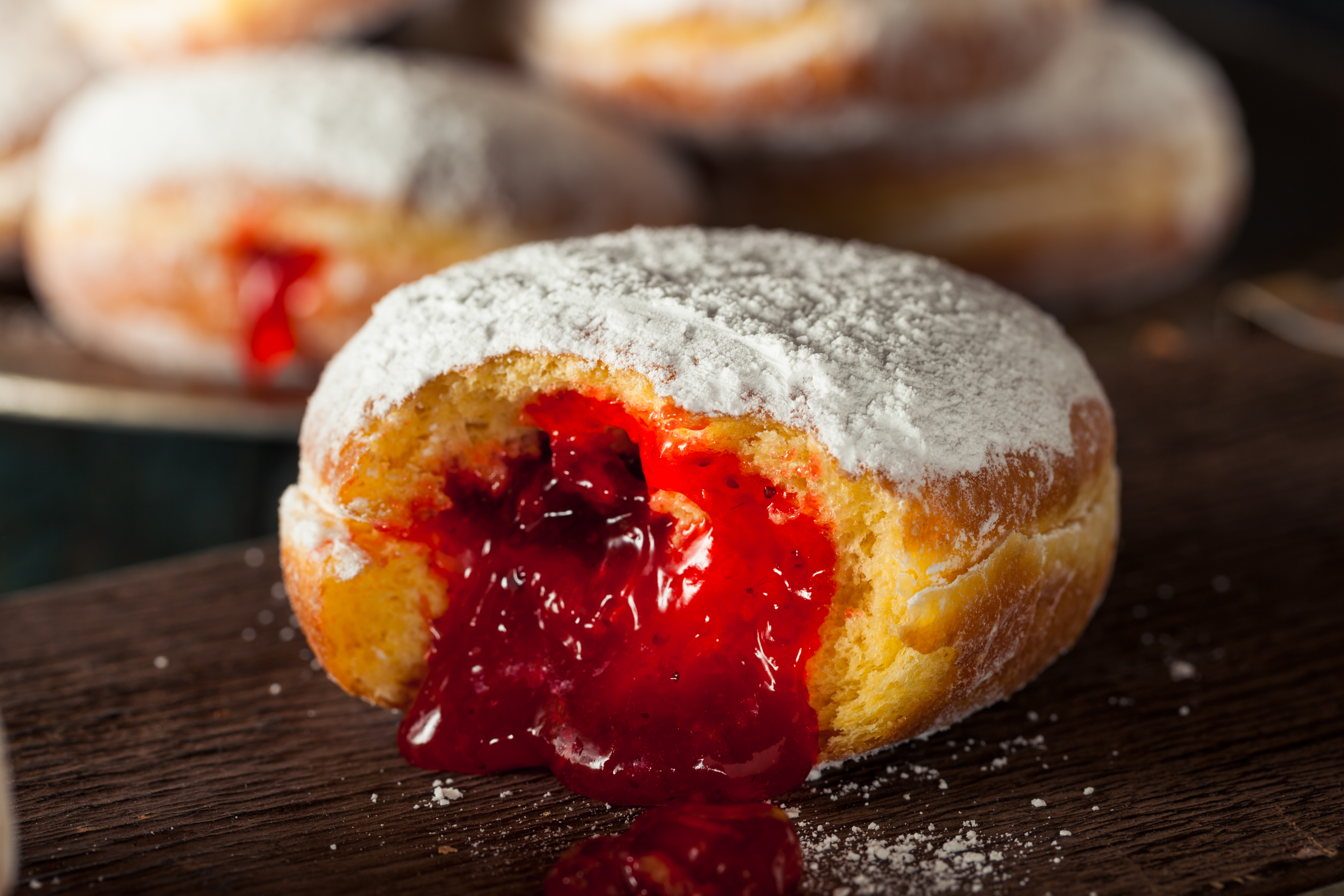 Actress/Activist Alyssa Milano is still hoping against hope. “Well, if there was nothing in the report why won’t they just release it? If the report fully exonerated him or his family, he’d have it all out in seconds. Wouldn’t he?” — Alyssa Milano, Democratic activist.

WaPo‘s Jennifer Rubin really wants something to be different. “Mueller should testify under oath to make clear everyone hears he did NOT exonerate Trump. He should go through the evidence he found of obstruction.” — Jennifer Rubin, conservative writer, The Washington Post.

Ouch. “Wonder if people can get refunds on their Mueller prayer candles and prayer beads.” — Erick Erickson, The Resurgent and former Trump hater, who is now backing the prez in 2020.

He was responding to Media Matters‘ John Whitehouse who wrote, “Devin Nunes tells Fox & Friends that Mueller’s report should be burned and that Trump’s DOJ should instead launch an investigation of the Obama administration.”

‘Someone has lost the wing beneath her wings’

“#DonaldTrump has forced us to live through war as a nation for the last two years; he has caused depression, despair, confusion and death. We’re not just sick at heart, but literally sick from him; from uncontrollable rage at the thought that he will get away with his crimes.” — Bette Midler, the actress/singer who recently said that Michael Jackson’s accusers were “thrilled” to be there. Read more here.

“Someone has lost the wind beneath her wings” — @Loricatus_Lupus.

“I don’t know if I was ever a cool guy, although I think I probably faked it for awhile. Regardless, I am now a man who sings ‘root veggie puree’ to the tune of “Raspberry Beret” to amuse his wife while cooking dinner and then gets that song stuck in his head for three hours.” — Deadspin‘s David Roth.

“In politics, a week is a lifetime. In Trump World a day is forever. Take a breath.” — Joe Scarborough, co-host, “Morning Joe, MSNBC.

“Memo to Journalists: It is GOOD NEWS for America when someone as respected as Robert Mueller takes two years to methodically determine that the sitting president of the United States did not conspire with Russia. Take a breath.” — JS.

Scarborough trying to calm everyone on Friday: “Nobody knows anything.”

(RELATED: Did Joe And Mika’s Wedding Destroy The Constitution?)

“The press is covering itself in glory yet again, carrying water for the right again. Progressives need to start promoting, amplifying and supporting our own outlets as the right has. The mainstream media is a failure.” — Oliver Willis, senior writer, ShareBlue.

“A bit confused by the right-wing pundits who say journalists should apologize for coverage of Mueller’s investigation. Did these pundits demand apologies from news organizations for covering the @HillaryClinton‬⁩ email probe when @Comey did not indict? Don’t seem to remember that.” — Oliver Darcy, media writer, CNN.

“Three beefy firemen pounding at my door at 6 a.m.: There’s a carbon monoxide leak in the building
Me: Is that good?” And then… “I think I may have carbon monoxide poisoning but I’m just going to ‘tweet through it.'” — Gabriella Paiella, New York Mag’s The Cut.