Puerto Rico passed legislation Monday that sets a 100 percent renewable energy goal by 2050, according to Forbes.

Senate Bill 1121, also known as the “Puerto Rico Public Energy Policy Act,” was passed by 21-4 in the Puerto Rican Senate. The bill brings dramatic change to Puerto Rico’s power grid, the most notable being the elimination of monopoly status for the island’s bankrupt electric utility, Puerto Rico Electric Power Authority (PREPA), according to a report by The Hill. 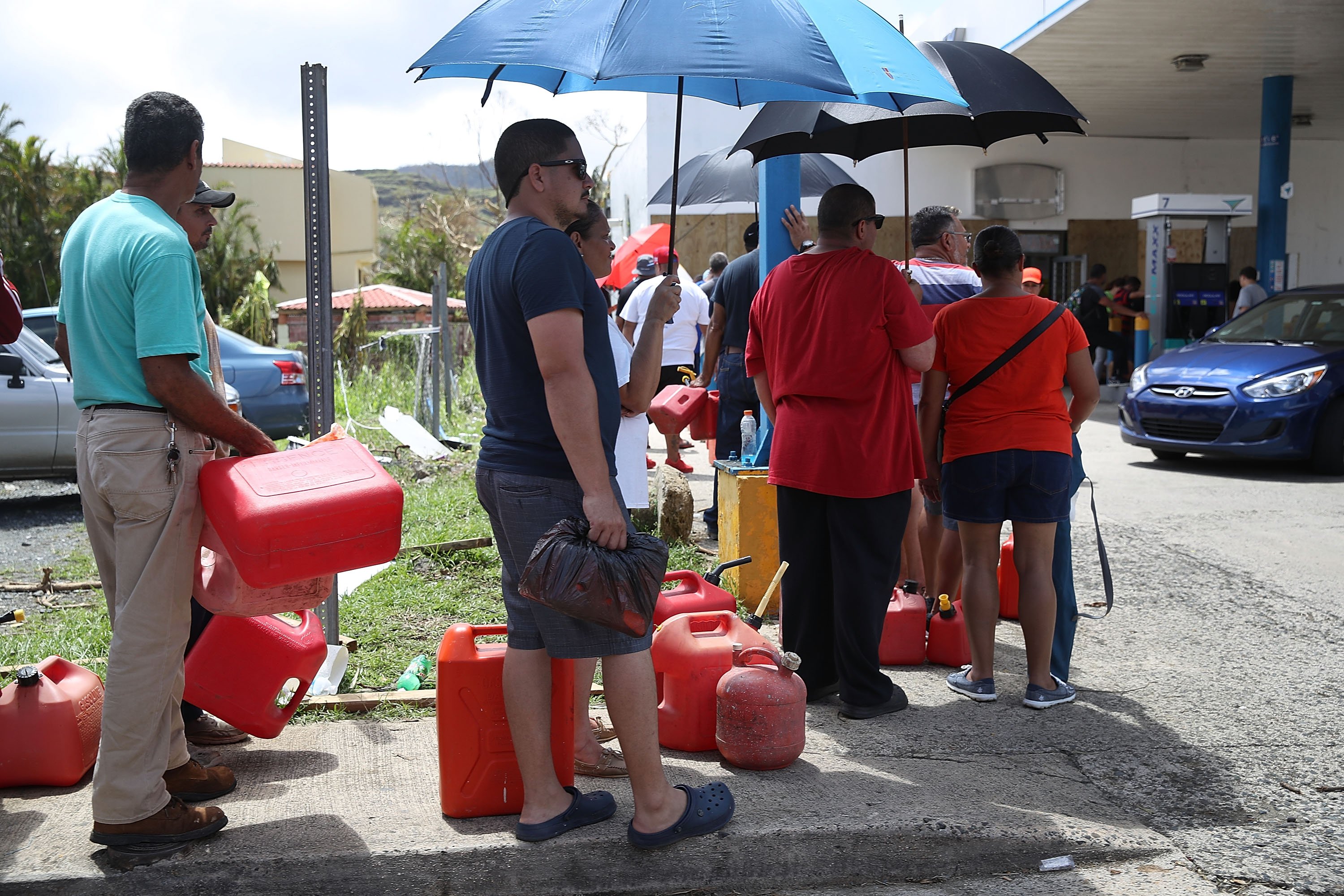 People wait in line for gas as they wait for gas, electrical and water grids to be repaired September 24, 2017 in Aibonito, Puerto Rico. Puerto Rico experienced widespread damage after Hurricane Maria, a category 4 hurricane, passed through. (Photo by Joe Raedle/Getty Images)

Although PREPA would still operate, the measure gives significant authority over its board of directors to Puerto Rico’s governor, Ricardo Rossello, who is expected to sign the bill in the next few weeks.

“I call upon my fellow governors across the U.S.: climate change is the most pressing issue of our generation,” said Rossello in a tweet, “and the time to tackle it is now.”

Some are skeptical about the push to abandon fossil fuels completely in such a short time frame, according to Bloomberg. Ralph Izzo, CEO of New Jersey’s Public Service Enterprise Group, questioned the costs alone of such a power shift, stressing that wind and solar are not inexpensive and. “The notion that you can do that in 10 years is admirable but fantasy,” he said, according to Bloomberg.

Utility industry leaders agreed that clean energy technology has development hurdles to overcome before it will sustain populations at 100 percent at an energy summit held by Bloomberg on Monday. Ben Fowke, CEO of Xcel Energy, observed that cheaper and more powerful batteries would be a key breakthrough.

Puerto Rico’s power grid problems have been ongoing. The island was devastated after the Category 5 Hurricane Maria hit in November 2017, leaving 1.5 million residents without power for 11 months. The island’s power system is 28 years older than the average U.S. system. Puerto Rico also pays on average twice the cost of utilities than their Florida neighbors, according to The Hill. (RELATED: Hawaii Thinks It Can Completely Shift To Renewable Energy By 2045)

A number of other U.S. states are pushing to mandate renewable energy sources such as wind, solar and hydro. The territory’s renewable goals are matched by California and Hawaii, both having signed laws set to hit 100% renewables by 2045, according to The Hill.