Rosie O’Donnell apologized to Elisabeth Hasselbeck after her former co-host on “The View” said she found her comments about having a “crush” on her and other things in a new tell-all book “disturbing.”

“Hey eh – my crush on you was not sexual – sorry you got scared – ” the 57-year-old actress tweeted Tuesday, along with a heart emoji, per Page Six. (RELATED: Alyssa Milano Says If ‘Men Have A Hard Time Right Now’ That’s The Way It Has To Be For ‘Equality’) 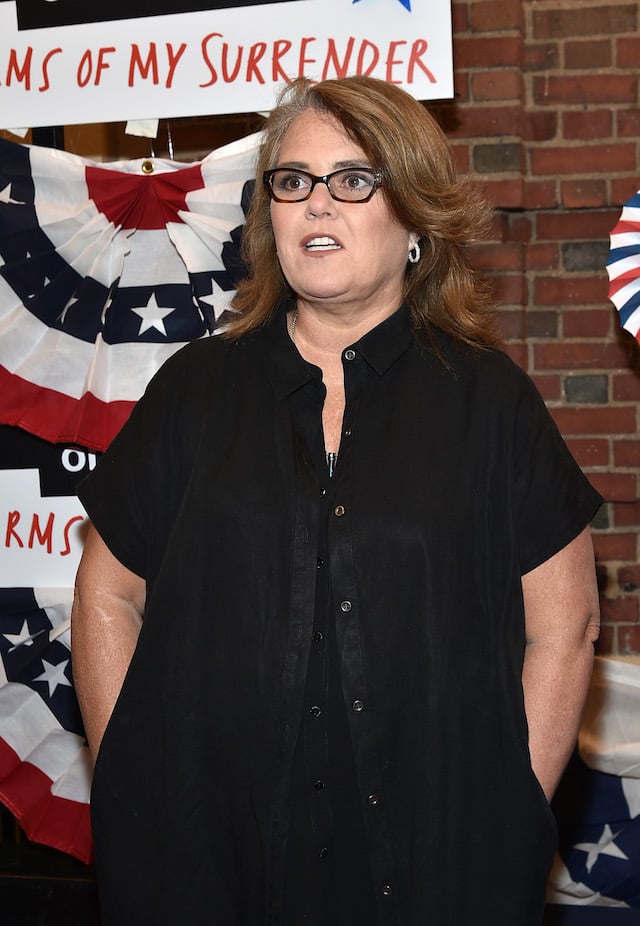 “Surely you recall [before] it all went wrong – I never objectified you – I did find you fantastic – Broadway shows – my pool -we were friends once [heart emoji] God love ya kid – I always did,” she added. (RELATED: Rosie O’Donnell Admits To Having ‘Crush’ On Elisabeth Hasselbeck In ‘View’ Tell-All Book)

It came following the comedian’s comment about having “a little bit of a crush” [on Hasselbeck] in Variety’s Ramin Setoodeh’s book “Ladies Who Punch: The Explosive Inside Story of ‘The View.'”

“I think there were underlying lesbian undertones on both parts,” the “SMILF” star explained. “I think this is something that will hurt her if you write it. She was the MVP of a Division 1 softball team for two years that won the finals.”

“There are not many, in my life, girls with such athletic talent on sports teams that are traditionally male that aren’t at least a little bit gay,” she added. “There was a little bit of a crush. But not that I wanted to kiss her. I wanted to support, raise, elevate her, like she was the freshman star shortstop and I was the captain of the team.”

Earlier in the day, Hasselbeck, 41, appeared on “Fox and Friends” and reacted to her former co-hosts comments, calling them both “offensive” and “disturbing.”

“I think her casting a stereotype on female athletes in what she said … and that female athletes are a little bit gay … That’s an unfair stereotype, and it seems selfish in a way, and I think it’s untrue,” the former ABC talk show host explained.

Elisabeth Hasselbeck reacts to Rosie O’Donnell’s comments about having a crush on her when they were both on The View: “If you took her words and you replaced ‘Rosie’ for ‘Ronald’ there would be an objectification of women in the workplace, and it’s disturbing and it’s wrong.” pic.twitter.com/YOP9bAcYsW

“So, Rosie I think it was disturbing to read those things,” she added. And it was offensive to me, but I forgive her. I totally forgive you, Rosie.”

The two previously worked together on the popular ABC daytime talk show during season 10, from 2006-2007.