A federal judge vacated a land swap agreement Friday between an Alaskan village and the Department of the Interior because the federal government violated procedural law when making the deal.

U.S. District Court of Alaska Judge Sharon Gleason nullified a January 2018 deal that traded roughly 500 acres of federally protected wilderness to the community of King Cove, Alaska, in exchange for one acre to the Interior Department. At the time, Alaskan lawmakers and King Cove residents celebrated the agreement as the end of a four-decade battle.

“This is a disappointing case and a disappointing ruling,” GOP Sen. Lisa Murkowski of Alaska said in a statement. (RELATED: Eighteen Alaskans Died Because Feds Killed Plans For An Emergency Road. Trump Is Fixing That)

Former Interior Secretary Ryan Zinke signed off on the agreement, trading away some the 315,000-acre Izembek National Wildlife Refuge in order for King Cove to finish construction on a road between the community and Cold Bay, roughly 30 miles away by land.

Gleason sided with several environmental groups that sued the federal government over the deal, alleging Zinke “not only failed to provide the required level of detailed justification for reversing decades of prior findings, he provided no justification at all,” according to the judge’s decision, reported by the Anchorage Daily News. Gleason agreed with the environmentalists, ruling Zinke had violated the Administrative Procedures Act when signing the deal with King Cove.

A community of fewer than 1,000 people, King Cove is situated on a remote peninsula in southern Alaska. Residents have limited access to medical care — a small clinic covers the most basic medical needs — and must travel over 600 miles by air to Anchorage to see a physician for surgeries and other operations. 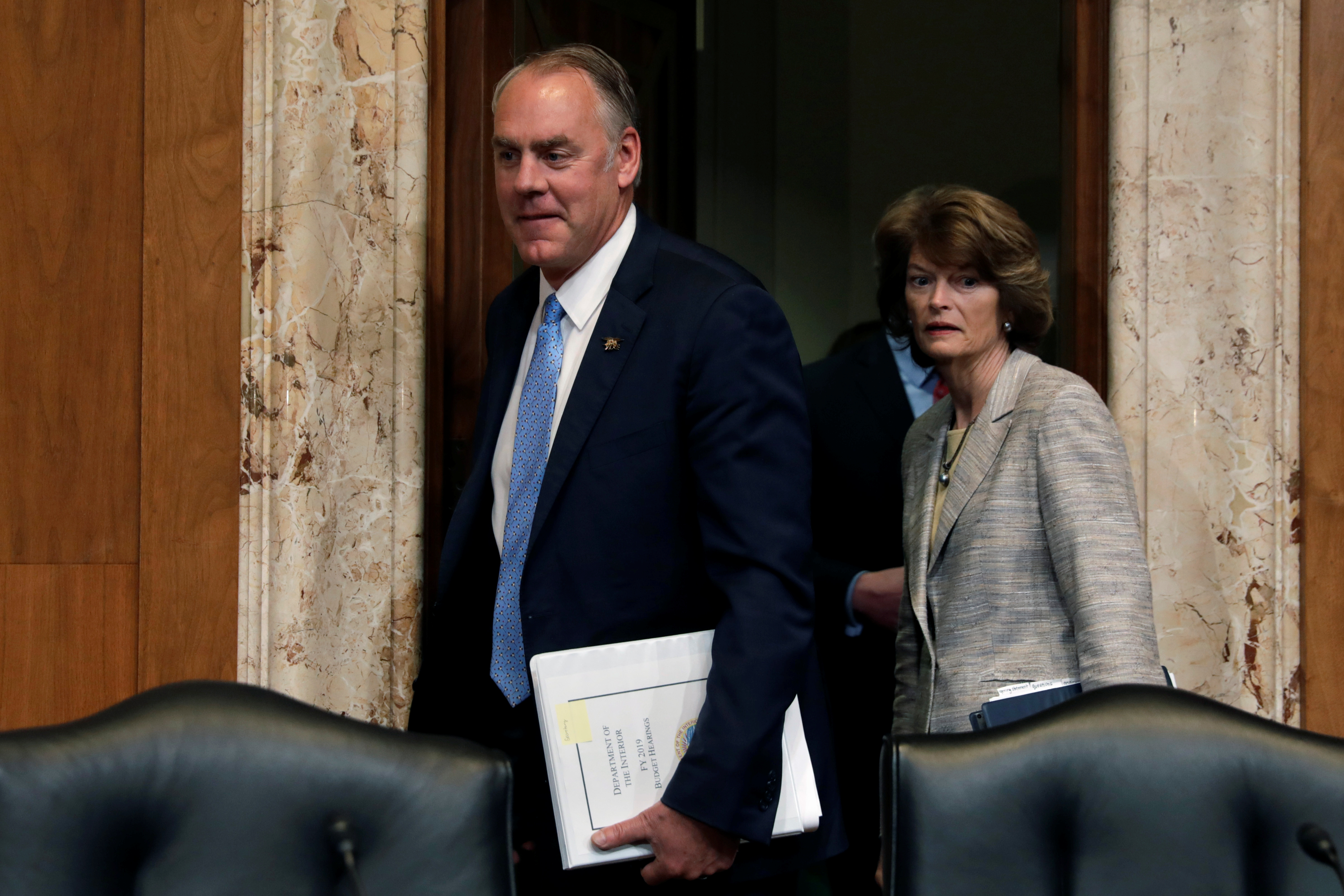 Interior Secretary Ryan Zinke arrives with GOP Sen. Lisa Murkowski of Alaska to testify before a Senate Appropriations Interior, Environment, and Related Agencies Subcommittee hearing on the FY2019 funding request and budget justification for the Interior Department, on Capitol Hill in Washington, U.S., May 10, 2018. REUTERS/Yuri Gripas

Alaskan officials have been arguing for decades that a land route between King Cove and Cold Bay, where the area’s only all-weather airport is located, is a medical necessity. Air taxis between Cold Bay and King Cove’s gravel airstrip and fishing boats can usually transport residents, but in medical emergencies, those options are only reliable about two-thirds of the year.

The rest of the time, the area’s weather is too severe for small planes and boats to safely navigate. At least 18 people have died in King Cove waiting for medevac by the Coast Guard or in crashes trying to travel to Cold Bay because no reliable land route connects the two communities.

“There have been nearly 100 medevacs in King Cove — many carried out by the Coast Guard — since 2014 alone. There is no question that the people who live there need a single-lane, gravel, non-commercial road to protect their health and safety,” Murkowski said. “I will never stop until this road is a reality and the nearly 1,000 residents of this isolated community have a lifeline for emergency medical care.”