Supreme Court Justice Clarence Thomas denied any interest in retirement this weekend, telling a friendly audience in Beverly Hills, California, that he has no plans to leave judicial service in the near future.

Speaking at Pepperdine University School of Law’s annual dinner, the 70-year-old Thomas emphatically denied speculation that he will leave the Supreme Court, as rumors abound that he may wish to leave the bench under President Donald Trump.

Professor James Allan Gash, Pepperdine’s incoming president and moderator of the Saturday evening talk, asked Thomas who he would like to speak at his retirement party 20 years hence, according to Law360.

Gash pressed the justice and extended the time horizon to 30 years, but Thomas did not give any ground.

Though there is little evidence that a Thomas departure is imminent, court watchers have wondered if the justice might wish to leave the Supreme Court in the near future. Were he to leave now, he could be confident of a lengthy retirement and a successor who broadly shares his legal philosophy.

What’s more, though Thomas has lived in the Washington area since joining the staff of former GOP Sen. Jack Danforth in 1979, he has never taken to the city in the manner of some of his colleagues like Sandra Day O’Connor or Antonin Scalia, who circulated widely in the capital’s social circles. That Washington holds little charm for Thomas heightens the chance of a near term retirement, the thinking goes.

The justice himself has said he would prefer to return to his native Georgia were he not duty-bound to serve on the Court. (RELATED: The Supreme Court Got Pretty Feisty In This Death Penalty Case) 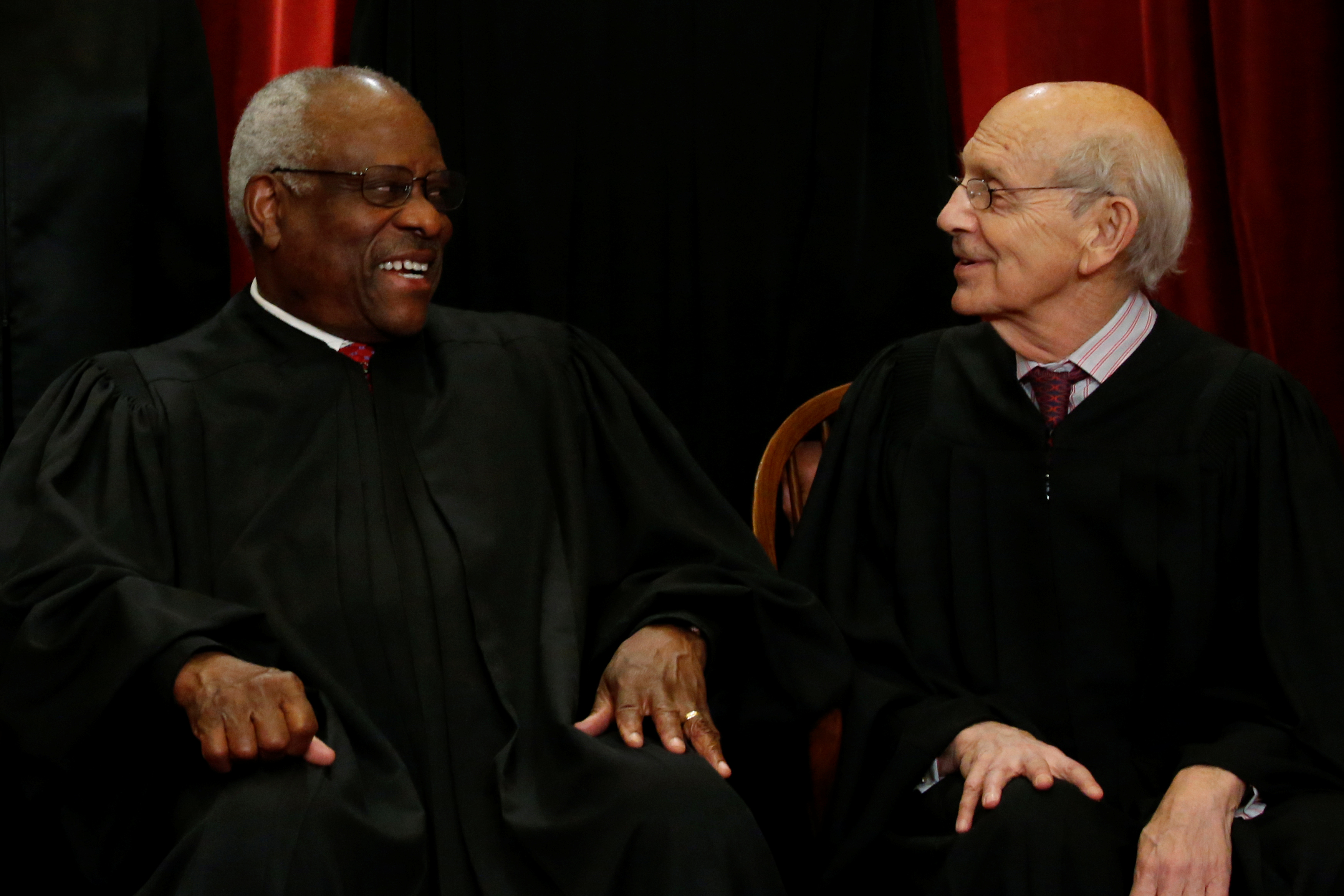 “Sometimes we are called to do what we must do, and it’s our duty then to simply allow that will to be done, not ours,” he said in October 2018.

Thomas is the senior associate justice on the high court, meaning he is the longest tenured justice currently on the bench. With 27 years of service to his credit, he will become the longest-serving Supreme Court justice in the nation’s history if he serves just eight and a half more years. Justice William Douglas currently holds the title, with 36 years on the Court.

Whenever he goes, the justice’s long incumbency has shaped a succeeding class of federal judges. President Trump has appointed eight Thomas clerks to the federal appeals courts since taking office.