OTTAWA — Canadian Prime Minister Justin Trudeau kept speaking to a group of young women in the House of Commons Wednesday — even as more than 40 of them stood up and turned their backs to him.

Trudeau, a self-styled male “feminist,” was addressing delegates from the Daughters of the Vote, a university-age group who were visiting Ottawa from across Canada to learn more about the country’s Parliamentary democracy. As one of the delegates later told reporters, the protest was all about Trudeau’s banishment from caucus this week of two female Liberal Members of Parliament (MPs).  Both were also former high-profile cabinet ministers and are accusing the prime minister of judicial interference. 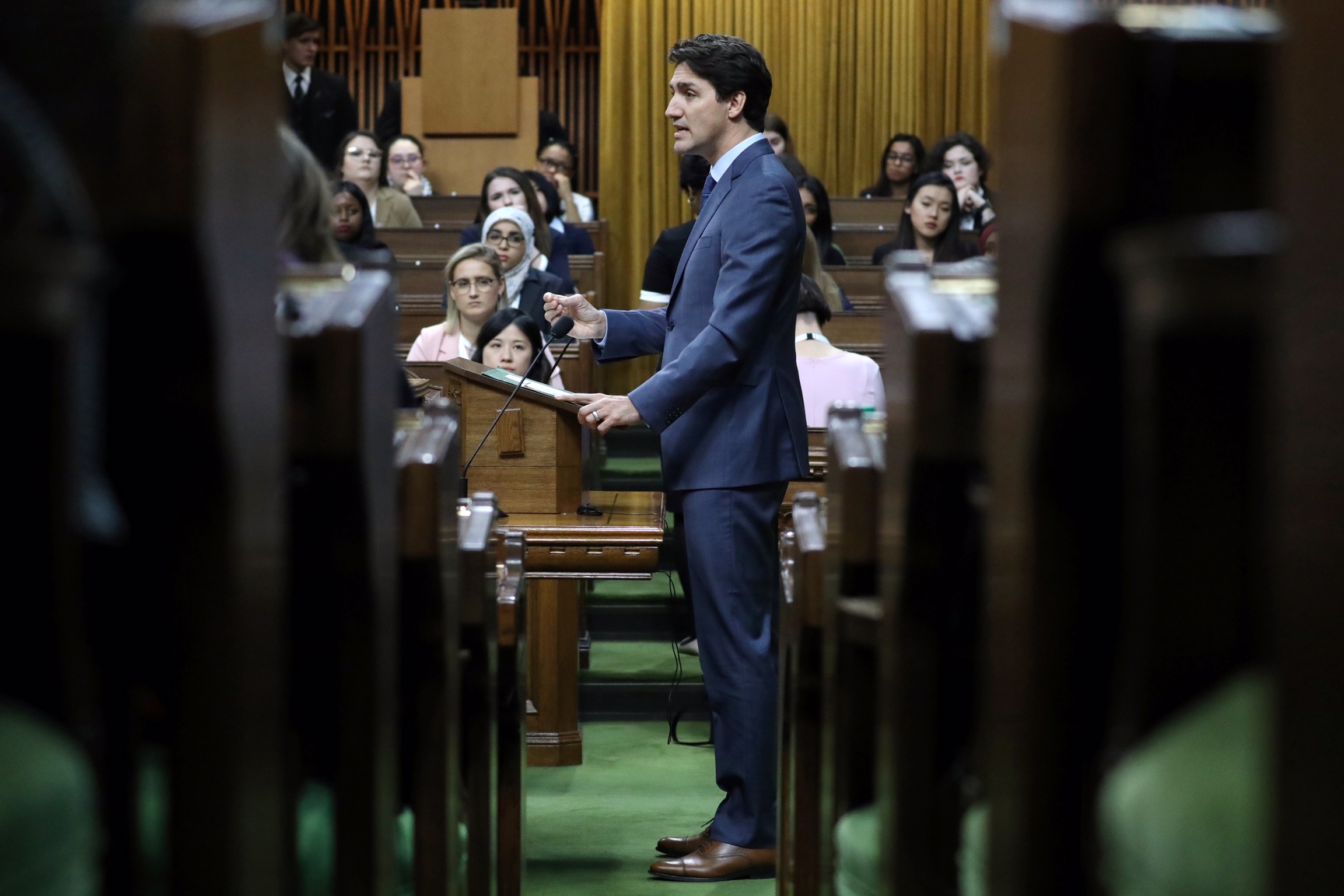 Canada’s Prime Minister Justin Trudeau speaks during the Daughters of the Vote event in the House of Commons on Parliament Hill in Ottawa, Ontario, Canada, Apr. 3, 2019. REUTERS/Chris Wattie

Both former Attorney General Jody Wilson Raybould and former Health Minister Jane Philpott resigned from the Trudeau cabinet over the simmering SNC-Lavin scandal. Wilson-Raybould has emphatically insisted Trudeau was pressuring her to defer bribery and fraud charges in a criminal prosecution against the Quebec contractor. (RELATED: Former Canadian AG Taped Conversation Of Trudeau Official Pressuring Her To Intervene In Legal Case)

A third Liberal MP has voluntarily left the Liberal caucus after she says Trudeau bullied her because she has chosen not to seek re-election in the coming 2019 federal vote.

Canada’s First Nations are also angry with Trudeau, because Wilson-Raybould was the first aboriginal to occupy the twin positions of Canadian attorney general and justice minister. 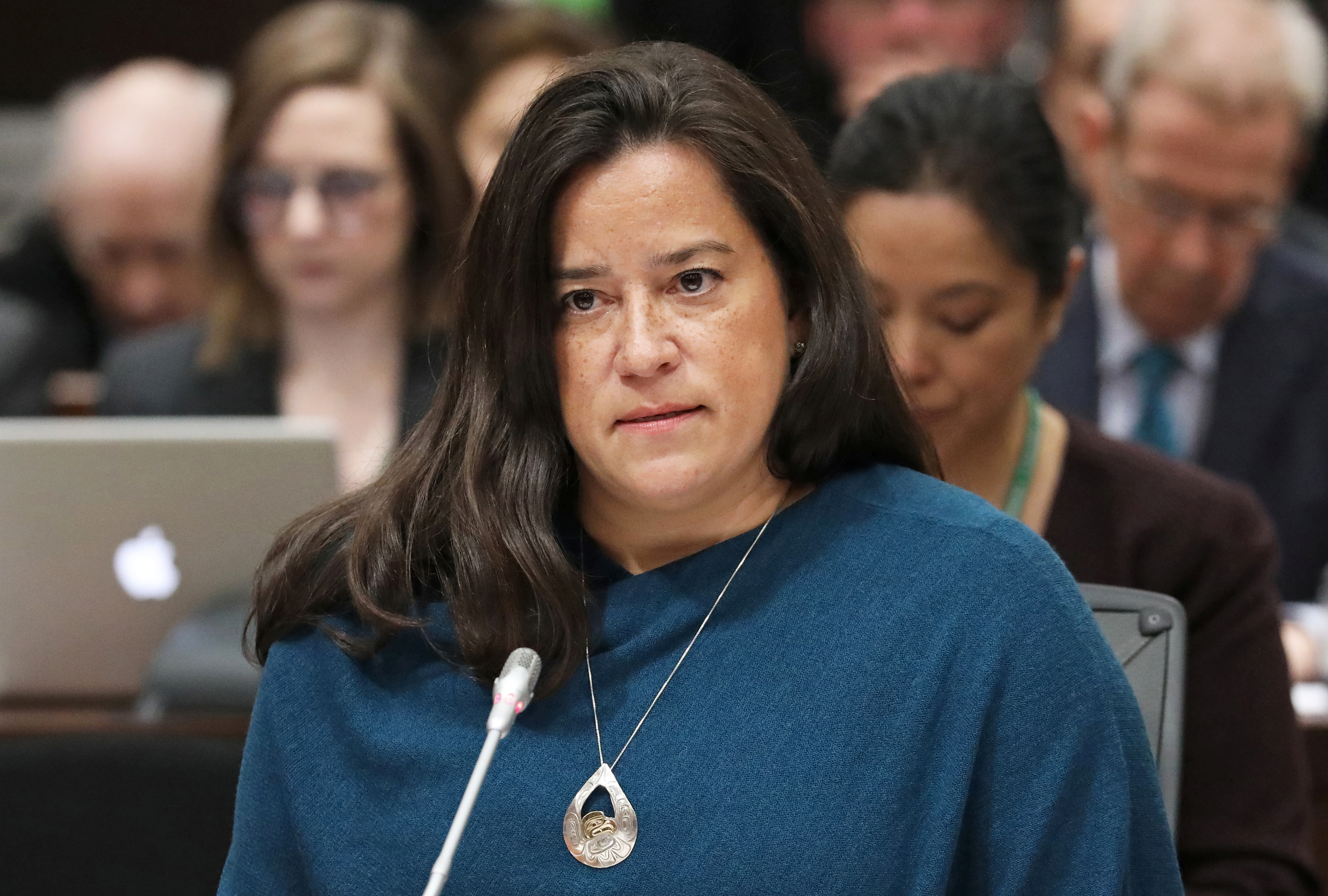 Megan Metz, a delegate with Daughters of the Vote who is aboriginal, explained that she turned her back on Trudeau because he has routinely boasted about his record with First Nations but hasn’t always delivered. (RELATED: Trudeau Apologizes For Mocking First Nations Protest: ‘Thank You For Your Donation’)

But there was more.

“There’s also what happened to Jody Wilson-Raybould yesterday … him kicking her out the way he did is wrong because she was just trying to be honest and do right by not only Indigenous Peoples in Canada but Canadian citizens across the country,” she told reporters.

Metz said Trudeau was hurting more than just Wilson-Raybould by booting her out of the Liberal caucus. “Because I feel like we deserve to have our voice heard.”