Sen. Mitt Romney voiced his concerns after President Donald Trump announced plans Thursday to recommend Herman Cain for a vacancy on the Federal Reserve Board.

Romney dismissed, in an interview with Politico, the possibility that Trump will actually nominate Cain, a former CEO of Godfather’s Pizza for 10 years who also previously served as chair of the Federal Reserve Bank of Kansas City from 1995-1996. Cain ran for the Republican nomination in the 2012 presidential elections.

“I doubt that will be a nomination. But if it were a nomination, you can bet [what] the interest rates he would be pushing for,” Romney said Thursday.

Mocking Cain’s 2012 presidential platform position on tax rates, the Utah Republican continued: “If Herman Cain were on the Fed, you’d know the interest rate would soon be 9-9-9.”

“9-9-9” is in reference to Cain’s proposal to erase all existing taxes and implement a 9 percent personal income tax, a 9 percent federal sales tax and a 9 percent corporate tax. 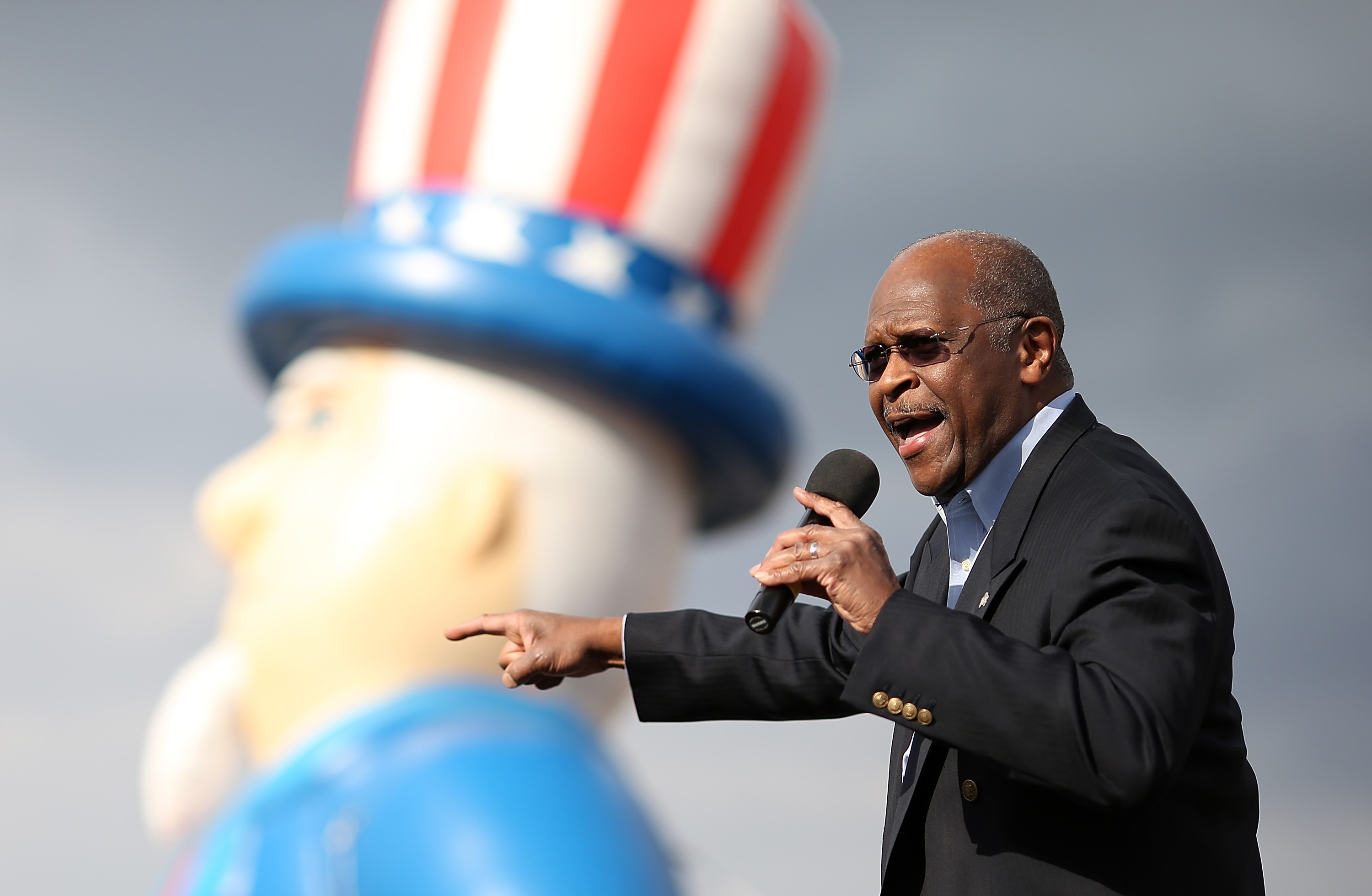 “I would like to see nominees that are economists first and not partisans. I think it’s important that the Fed be a nonpartisan entity,” Romney continued in his interview with Politico. “The key is that someone is outside of the political world and is an economic leader not a partisan leader.”

“I find Herman to be an outstanding person, a truly outstanding individual,” Trump told reporters Thursday in the Oval Office. “I would think he would do very well there.”

Any nominations for the Fed must be confirmed by the U.S. Senate.