The Arctic National Wildlife Refuge’s (ANWR) coastal plain, or 1002 area, could hold billions of barrels of oil and natural gas, but the results of the only test well drilled in the refuge has been kept secret for decades.

The New York Times recently tried to pierce the veil of secrecy of the 1986 test well, called KIC-1, by looking through court documents filed in Ohio and talking with the attorneys involved in the case.

“The discovery well was worthless,” said now-retired attorney Sidney Silverman, who represented Standard Oil of Ohio shareholders in a 1987 lawsuit against BP, one of the oil companies that drilled the KIC well.

After deposing a BP executive, Silverman told The Times he remembered being convinced “either there was no oil and gas there, or the oil couldn’t be produced at an economic value.” That sentiment was echoed by a BP executive and a lawyer The Times spoke to.

The Times’s April 2 piece will no doubt be seized upon by opponents of ANWR drilling, but the question remains: How much can one really know about ANWR’s oil and gas potential from one test well?

Oxford-educated geologist Roger Herrera was first sent by BP to look for oil and gas in the Alaskan Arctic in the 1960s, including ANWR’s coastal plain. He said it was “absolute nonsense” to judge ANWR based on one confidential test well. 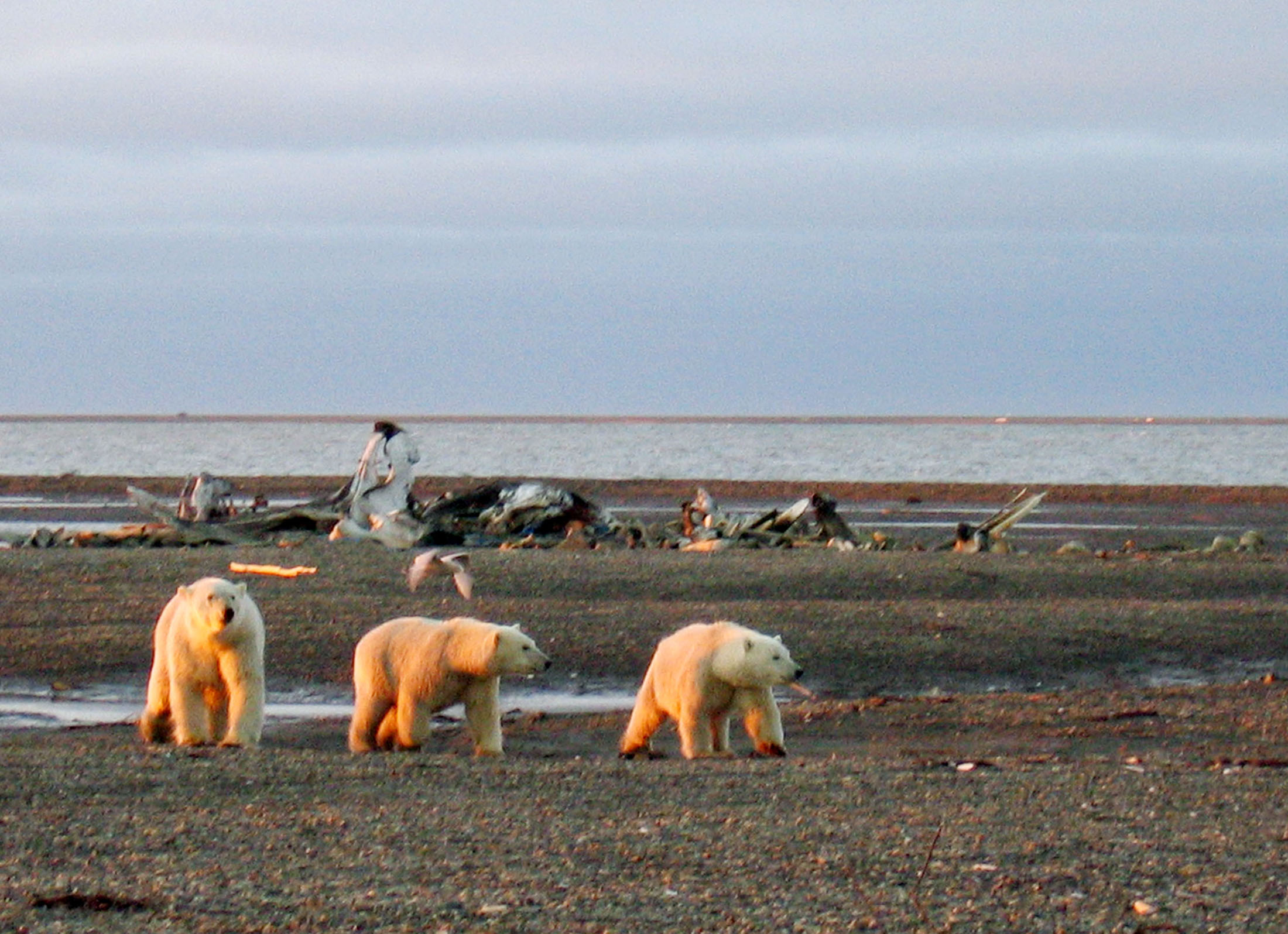 “Either the writer or the people he was writing about didn’t have the slightest clue what they were trying to understand,” Herrera, now retired, said in an interview with The Daily Caller News Foundation. “The point is, it doesn’t matter.”

Herrera was not privy to the KIC well results but has experience with looking for oil and natural gas across the North Slope and Arctic. He said test wells often turn up no hydrocarbons but provide valuable geological data. (RELATED: Would The Green New Deal Could Make Us More Dependent On China For Energy?)

“The evidence you get from that well is the data and position that gives you an advantage,” Herrera said. “It allows you to assess the geology of the area because you’ve got real data down to 10,000 feet or so that you can tie to the seismic data.”

Anyone else looking for oil and gas in ANWR would be guessing, Herrera said. “That assessment might downgrade the whole area or it might do the exact opposite,” he said.

“It allows them to make those estimates whereas everybody else is completely guessing,” Herrera said.

Herrera, for decades, advocated for drilling in ANWR, but the refuge remained off-limits to energy exploration for decades as environmentalists held enough sway in Congress to keep drillers out.

ANWR’s 1.5 million-acre coastal plain was finally opened to energy exploration when President Donald Trump signed 2017 tax cuts into law. That provision was put in the tax legislation by Alaska GOP Sen. Lisa Murkowski, one of the biggest proponents of opening ANWR. 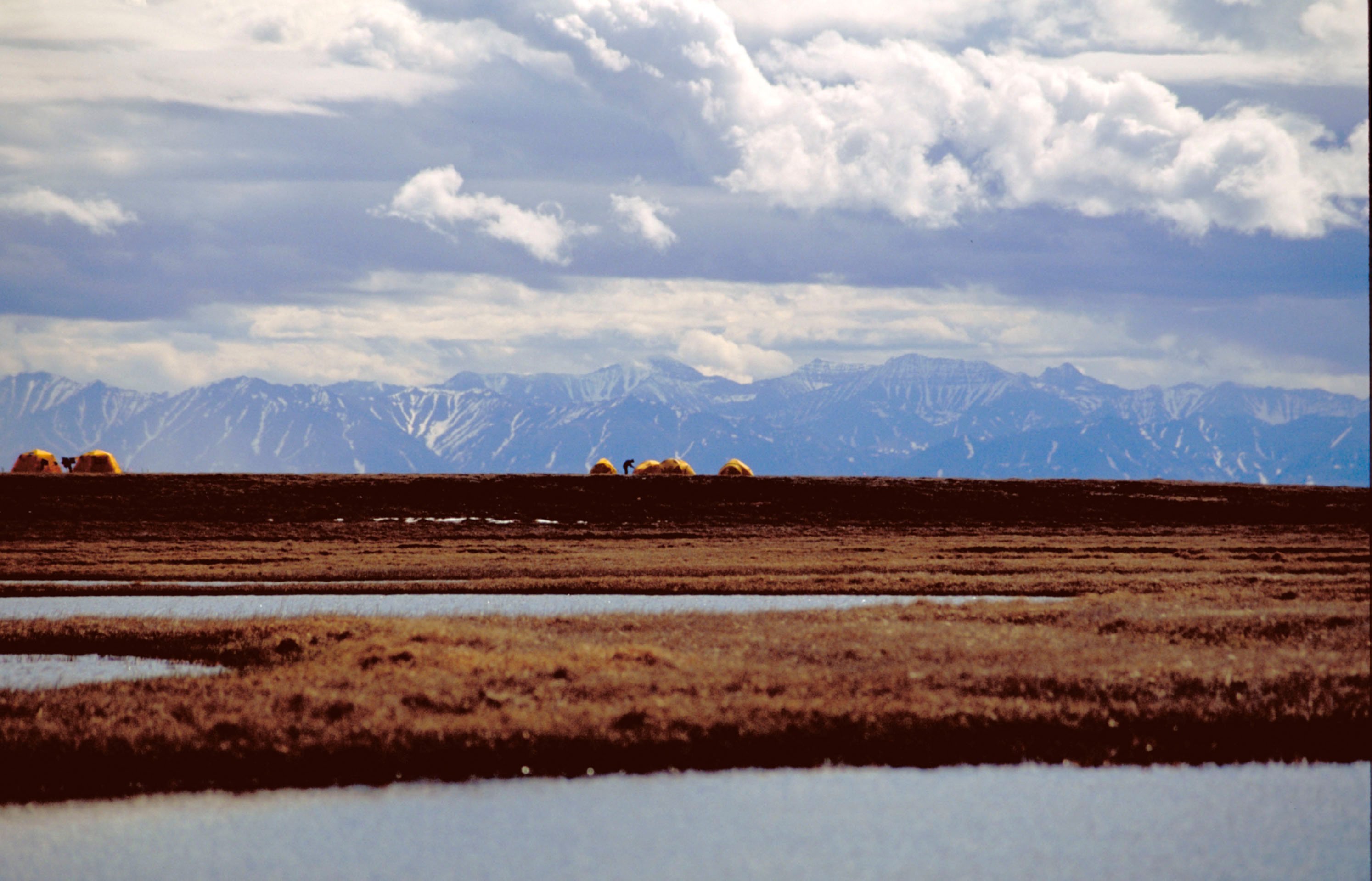 Opening ANWR comes more than three decades after BP, Chevron and two Alaska native corporations teamed up to drill the KIC well in the eastern part of the 19.2 million-acre refuge. The Arctic Slope Regional Corporation (ASRC), one of the native corporation partners, has continued to aggressively push for opening ANWR.

ASRC declined to comment, but Richard Glenn, a geologist with the group, told Congress in 2017 that ANWR holds “significant potential for onshore oil and gas development.”

ASRC and Kaktovik Inupiat Corporation (KIC) own 92,000 acres of surface and subsurface in ANWR. For decades, the federal government kept those lands off-limits to exploration, despite the potential economic benefit to local tribal members.

“I know for a fact it’s an oily area,” Herrera said. “The clue is really contained in the rocks that occur above the surface in the tundra. Those exposures will more or less tell you what’s going on in general.”

The big question is whether or not ANWR’s oil and natural is trapped in large or small reservoirs by the region’s underground geology. However, even good seismic data doesn’t give the full picture and test wells are needed to truly understand the geology.

“There’s a very good expectation under the 1002 area that there are going to be reservoir and source rocks for oil or gas, no one is quite sure which,” Herrera said, adding he believes there are probably “trapping mechanisms” under ANWR. “I’m very confident I’m right.”

The last resource assessment of ANWR conducted by the U.S. Geological Survey (USGS) in 1998 estimated technically recoverable oil reserves at 10.4 billion barrels. That was a two-dimensional seismic survey using 1980s computing power, and the technology has drastically improved since. 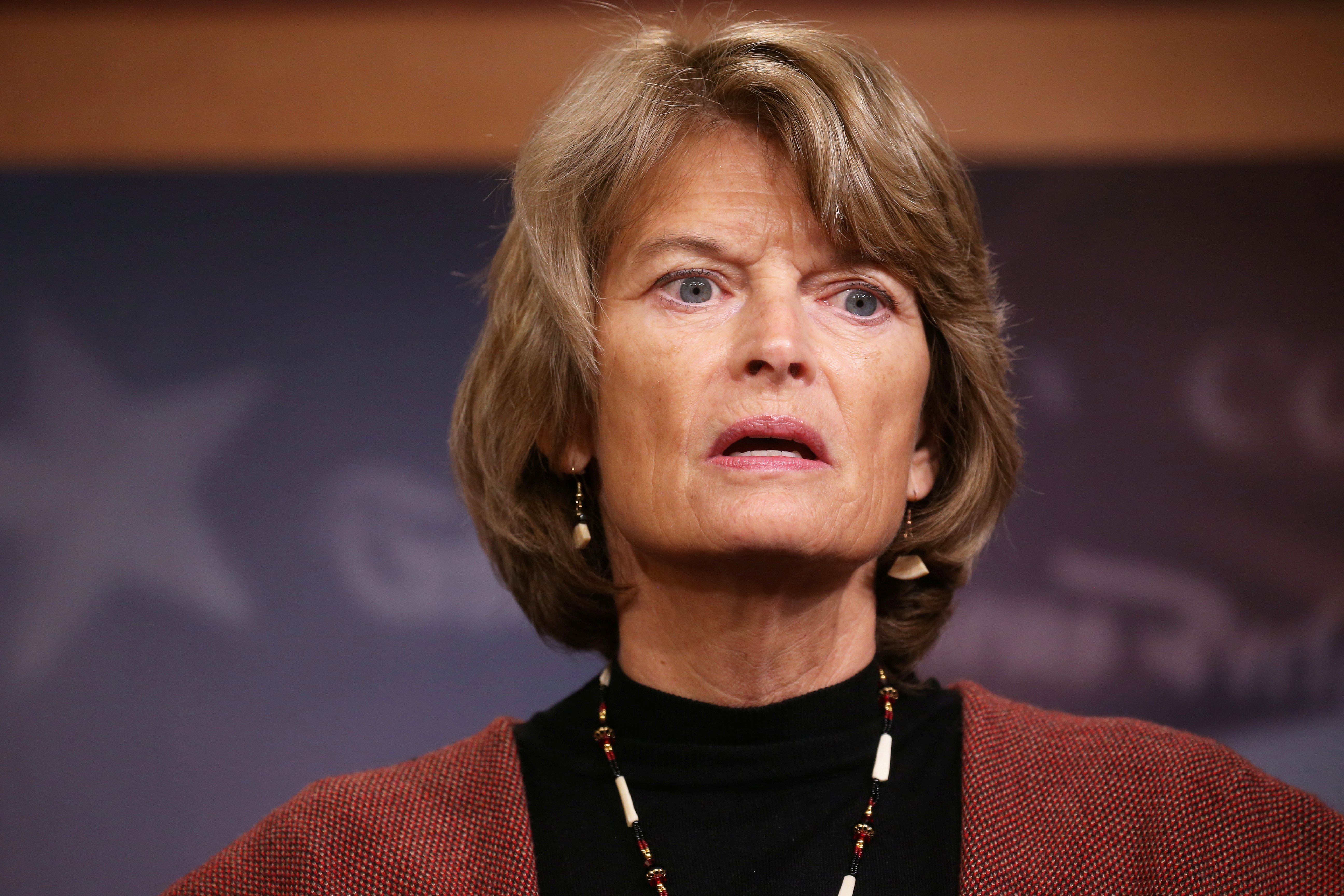 Three-dimensional seismic surveys can give geologists a more accurate picture of what lay underneath ANWR, but environmental activists fought hard to keep further tests from being carried out.

Seismic testing in ANWR was scheduled to take place over the winter but had to be delayed because the company contracted to carry out tests did not get a special permit from the U.S. Fish and Wildlife Service in time.

The prolonged government shutdown may be partly to blame for that, and the company, SAExploration, plans on carrying out seismic testing in December 2019. That could complicate things for drillers looking to bid on leases in late 2019.

ANWR still lacks updated seismic data, however, signficant oil and gas finds have been made to the west. (RELATED: Colorado Democrats Pass Bill To Crack Down On A Pillar Of State’s Economy – Oil And Gas Drilling)

“One of the largest fields in Alaska is in development within a stone’s throw from ANWR,” said Jon Katchen, former senior counsel to Alaska Department of Natural Resources Commissioner Dan Sullivan.

Sullivan, now a GOP U.S. senator, supports oil and gas exploration in ANWR. He’s not alone — Alaska’s entire congressional delegation, and most other elected officials in the state, support drilling in the refuge.

Katchen is referring to the Point Thomson field, which is 60 miles west of the village Kaktovik, which lies on ANWR’s coastal plain. Exxon brought the reservoir online in 2016 and aims to eventually produce 10,000 barrels of natural gas condensate per day.

To the west of Point Thomson sits Prudhoe Bay, Alaska’s most iconic oil field. The 1968 oil discovery there completely reshaped Alaska’s economy and drastically raised standards of living for Alaskan residents and tribes. 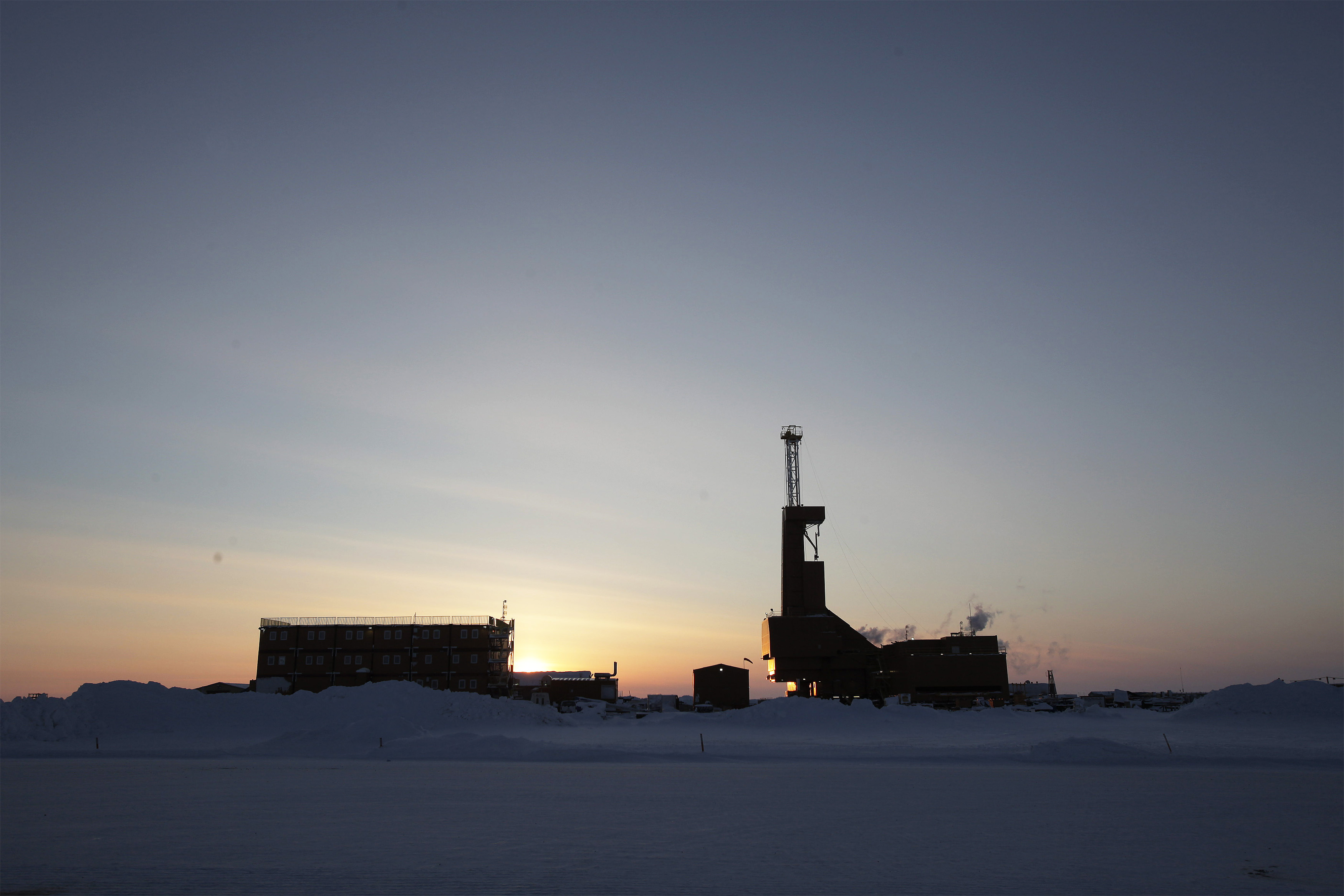 The sun sets behind an oil drilling rig in Prudhoe Bay, Alaska, on March 17, 2011. REUTERS/Lucas Jackson

However, it almost never happened. BP and Sinclair Oil drilled six wells in the early 1960s that all turned up dry. More wells were drilled by other companies, but by 1967 the oil and gas industry had basically given up on the North Slope.

“It’s not uncommon for wells to be drilled with disappointing results, then another well to be drilled and ‘whoa,'” Katchen told TheDCNF.

“That’s the sort of process that happens when you’re looking for oil,” Herrera said. Test wells are about the geological information, not just striking oil and gas.

The Times did note, however, that one of the few people outside of BP or Chevron to see the results of the KIC well was geologist Mark Myers. Myers was allowed to examine the geological data from the well in 1988, but not allowed to take notes. All he reported were “the findings were significant,” The Times reported.