Kirstjen Nielsen will officially vacate her position atop the Department of Homeland Security on Wednesday, leaving Kevin McAleenan as the acting head.

President Donald Trump, frustrated over the growing immigration crisis on the U.S. southern border, accepted Nielsen’s resignation after meeting with her at the White House on Sunday. The president went on to announce that McAleenan, the current commissioner of Customs and Border Protection (CBP), will be taking over her position in an acting capacity.

Who is McAleenan and how will he likely manage the illegal migrant crisis?

The soon-to-be DHS secretary touts nearly two decades of experience working in immigration enforcement. A graduate of the University of Chicago Law School, McAleenan worked for some time as an attorney in California. The Sept. 11 terrorist attacks, however, prompted him to apply for the FBI, but he ended up working in what is now CBP.

He quickly moved up the ranks under both the Bush and Obama administrations.

McAleenan was the port director for the Los Angeles International Airport and he served as the executive director of CBP’s antiterrorism office. He was appointed by former President Barack Obama as deputy commissioner of CBP in 2014, and he was awarded the Presidential Rank Award, the highest civil service prize, in 2015.

The former California lawyer impressed those leading Trump’s presidential transition team, with Trump promoting McAleenan to acting CBP commissioner in the onset of his administration in January 2017. The Senate confirmed him as the official CBP chief in March 2018 by an overwhelming 77-19 vote.

While he is well-liked by members of both parties and considered more of a technocrat rather than an ideologue, McAleenan also has been behind a number of Trump’s more hardline immigration policies. 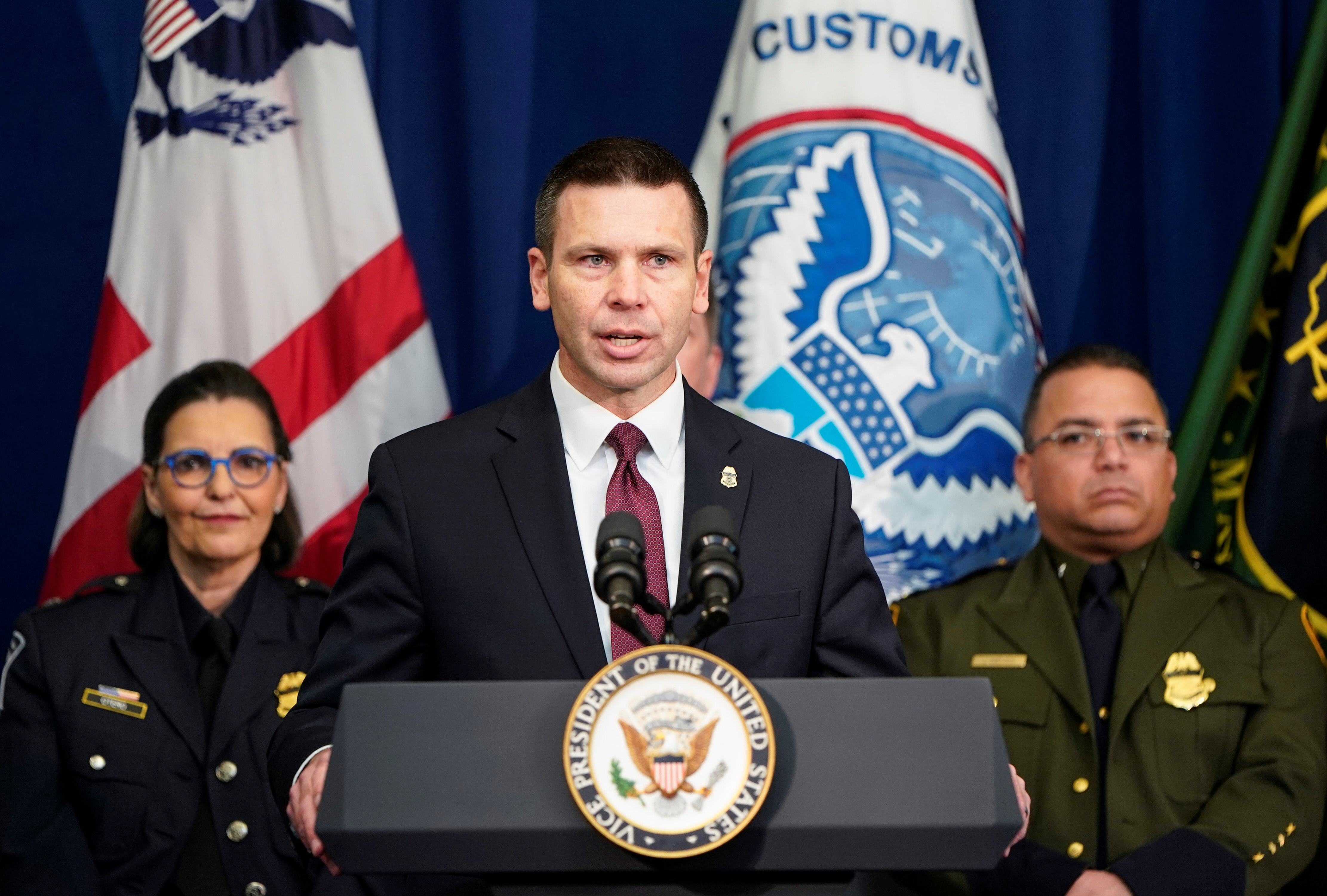 The 47-year-old defended the agency’s implementation of a practice known as “metering,” which puts a limit on the number of foreign nationals who can enter a port of entry each day and request asylum. McAleenan’s agents were involved in the controversial policy that separated migrant children under the president’s “zero policy,” which has since been disbanded. His agents were also involved in the controversial shooting of tear gas onto migrants trying to pass the U.S.-Mexico border.

McAleenan’s upcoming promotion means he will soon be managing not only CBP, but also Immigration and Customs Enforcement (ICE) and U.S. Citizenship and Immigration Services (USCIS). Several people have been floated around as possible permanent picks for the DHS position, such as former Virginia Attorney General Ken Cuccinelli and former Kansas Secretary of State Kris Kobach. (RELATED: Democrats Are Suing To Stop Trump From Funding Border Wall Construction)

CBP Deputy Commissioner Robert Perez is expected to replace McAleenan as head of the agency, but a CBP spokesman was not able to confirm this to The Daily Caller News Foundation in time for publication of this article.