Members of Congress have a long history of behaving like they want just because they can.

On Monday afternoon around 3 p.m., Rep. Maxine Waters (D-Calif.) walked out of Reagan airport and made a beeline for a taxicab. It all seems kind of normal except for one thing — the 80-year-old lawmaker who chairs the House Financial Services Committee appeared to display a complete disregard for the most basic public etiquette and cut a line that was about 100 people deep, a Mirror spy told me.

The car she got into was not in the pre-arranged pick-up lane. Still, it is jarring that a committee chairwoman would get into a random taxi and not arrange a ride.

The Mirror sought comment from Waters’ press office on her bypassing the taxi line. A response did not arrive by press time. A taxi dispatcher at Reagan Airport responsible for arranging rides for passengers, said seniors are not readily allowed to skip the line. Unless they need extra help or are using a wheelchair, they, too, must wait for a taxi to become available. 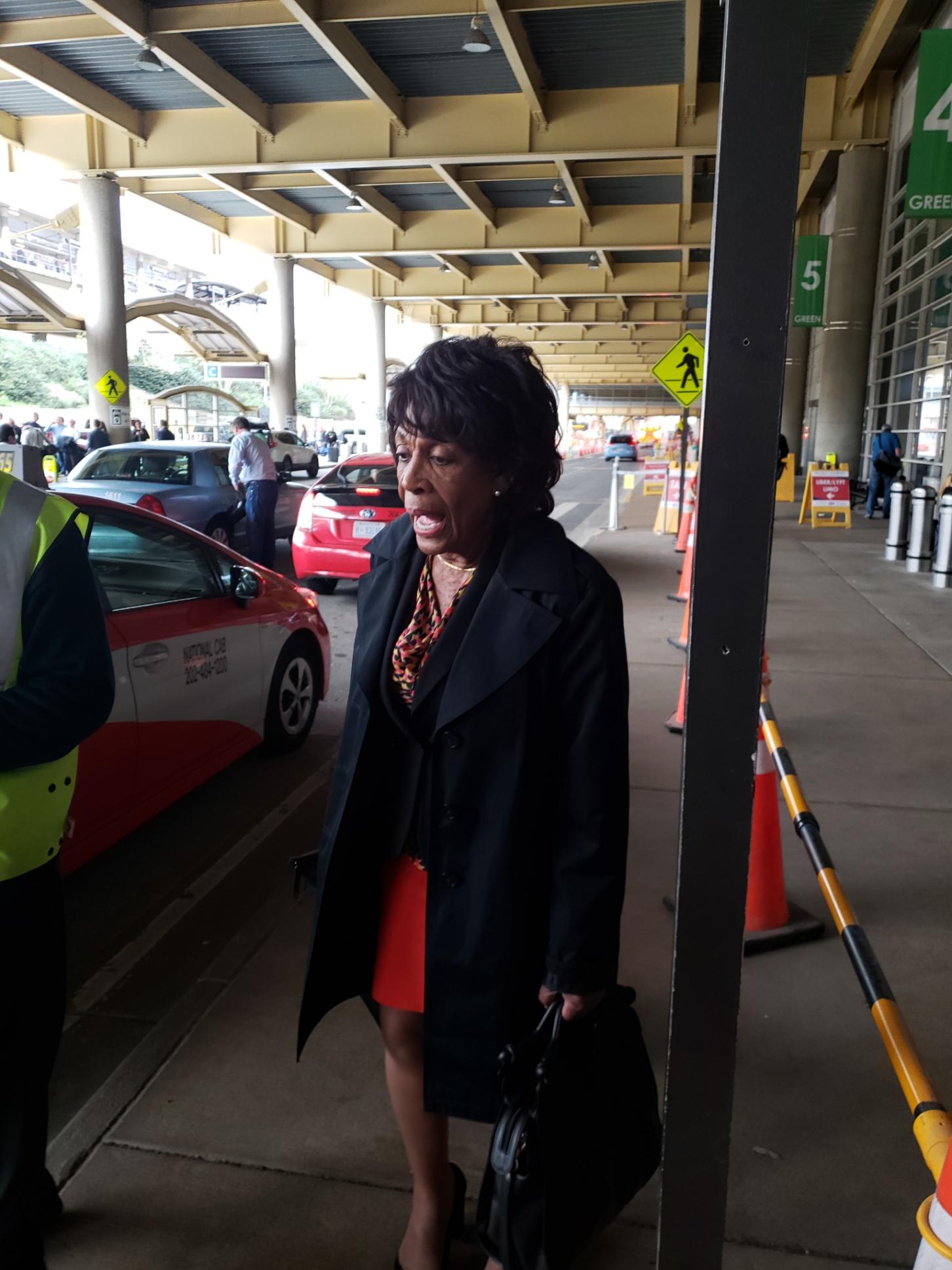 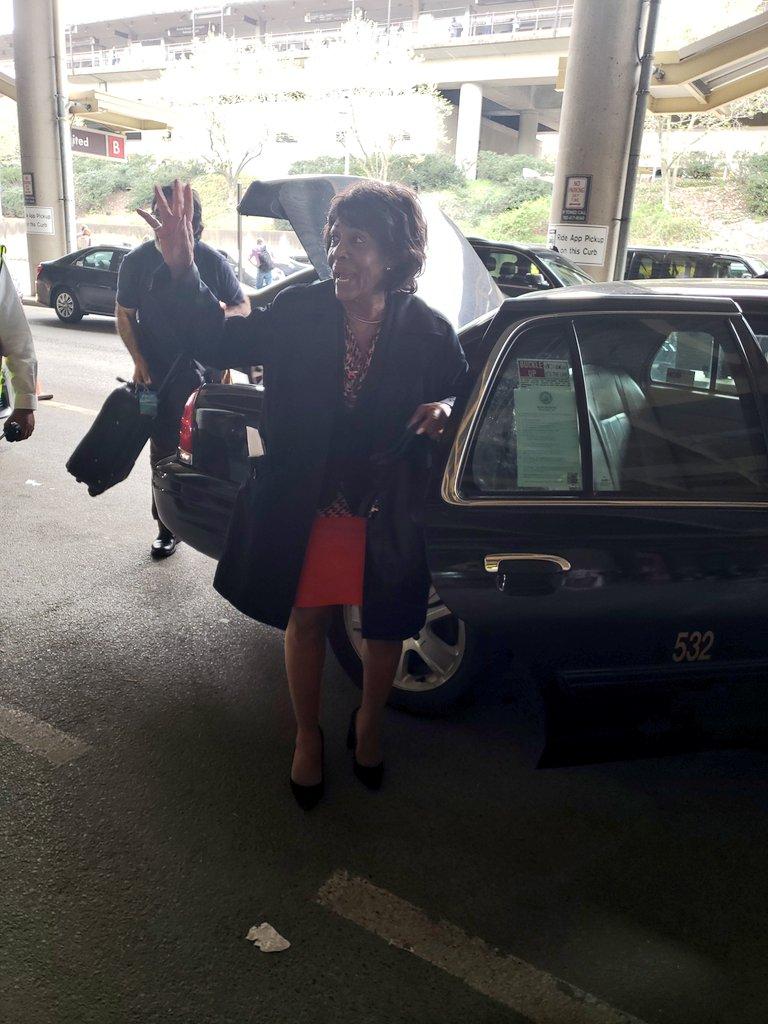 The optics are so Washington. This is a city where sirens blare as government bigwigs are routinely whisked caravan style from one part of town to another. Here’s a lawmaker who appears to think her life is more important than the haggard travelers blindly punching away on their smartphones while they wait in the damn taxi line.

“Who the hell does she think she is?” my spy asked.

One guy in line said, “Go get him girl!”

The bystander presumed that the male onlooker was referring to President Trump, who Waters badmouths any chance she gets. Trump, in turn, has given her a nickname: “Crazy Maxine Waters.”

In July of 2018, Trump tweeted the following:

Crazy Maxine Waters, said by some to be one of the most corrupt people in politics, is rapidly becoming, together with Nancy Pelosi, the FACE of the Democrat Party. Her ranting and raving, even referring to herself as a wounded animal, will make people flee the Democrats!

That same month, Waters returned the favor. While appearing on MSNBC’s “AM Joy,” the congresswoman called Trump “Putin’s apprentice.”

Back at the airport, the societal peons didn’t appear too upset by Waters’ power move.

“Maybe they think congressional people can do that,” my spy surmised.

Also: Why didn’t she just get a staffer to pick her up?

Waters is hardly the only lawmaker to use her status to bypass social norms. Her colleague, Rep. Sheila Jackson Lee (D-Texas) has a far more astounding history of behaving badly on planes and to her staff.

In 2017, a regular person was bumped out of her first-class seat to accommodate Jackson Lee.

In 1998, when she wasn’t chauffeured to an event, she allegedly said, “You don’t understand. I am a queen, and I demand to be treated like a queen.” (RELATED: Sheila Jackson Lee Is A Notable Boss From Hell)

She has also reportedly lashed out at her own aides, calling them “stupid motherfuckers” and demanded that they open her car doors and remove her shawl.

Like it or not, public officials have demands and they get special treatment. Longtime flack Philippe Reines was famously dubbed the “purse holder” after the New York Times reported that he lugged around then-Secretary of State Hillary Clinton‘s handbag.

If Washington is famous for ugly people, there is no shortage of ugliness that comes with the premise.