A judge gave a 20-year prison sentence to a teenager who pleaded guilty to plotting an Islamic State-inspired attack at a Texas mall Monday.

Both sentences will run concurrently, the news release said.

Azizi-Yarand allegedly recruited individuals to help him conduct a mass shooting at Stonebriar Centre mall in Frisco, Texas, in May 2018, the statement said. 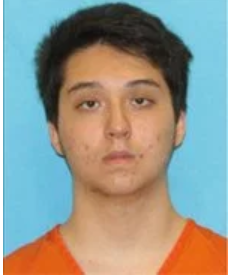 “I’d like to actually make a cop surrender and drop his gun, then douse him with gasoline and burn him … record it,” Azizi-Yarand reportedly said while discussing the shooting, according to WFAA.

He allegedly chose May 2018 because it was during Ramadan, Islam’s holiest month, The Dallas Morning News reported. Azizi-Yarand did not want to hurt other Muslims.

“He did not think Muslims would be in the mall during a Muslim holiday,” U.S. Attorney Joseph Brown said, according to the Morning News.

The then-high school student reportedly gave over $1,400 to an undercover FBI official in exchange for weapons and gear, the statement said.

Azizi-Yarand was arrested in May 2018. (RELATED: Everyone Doubted Three Year Old’s Story Until A Housing Renovation Ended In A Murder Charge)

“This was a serious, serious threat,” Brown said. “There is no doubt that Azizi-Yarand would have carried out what he was planning.”

Federal officials had a difficult time prosecuting Azizi-Yarand in federal court because he was 17 years old at the time of his arrest.

“Individuals age 17 and above are considered adults under Texas state criminal law, while federal law requires an individual to be 18 to be considered an adult,” the release said.

Azizi-Yarand is eligible for parole after serving in prison for a decade, the news release said.